NFL gives back to Cleveland with 'green' initiatives ahead of draft

Among the projects? 40 trees were planted in Parma's Big Creek Reservation to decrease the carbon footprint of the visiting Draft. 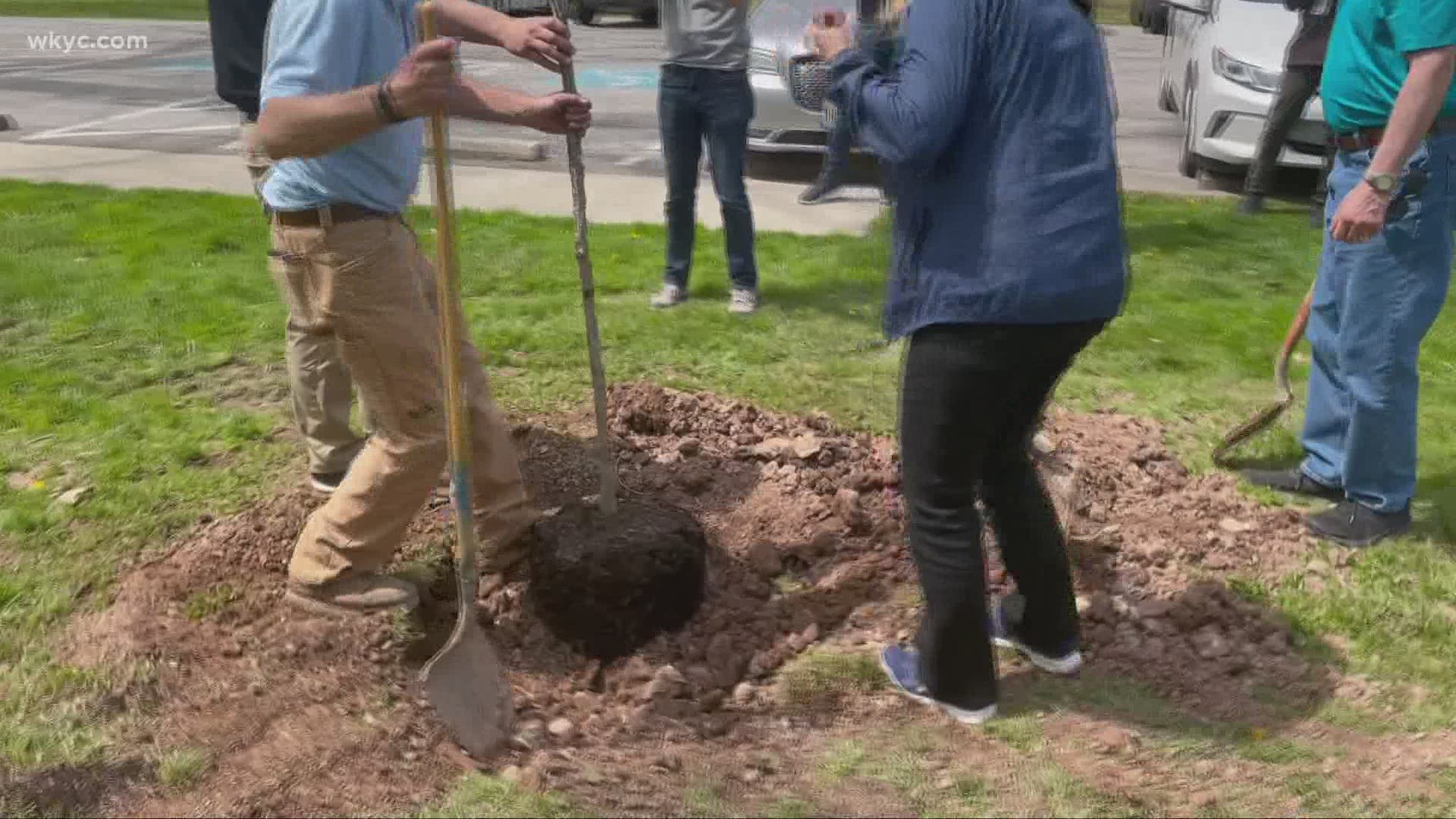 CLEVELAND — With just two days until the start of the NFL Draft, the league was hard at work beautifying the city with added greenery, with a tree planting today at Big Creek Reservation in Parma.

"We were seeing some trees in decline," Cleveland Metroparks CEO Brian Zimmerman told 3News. "Here was a great opportunity to plant 40 new trees – tulip, pin oaks, burr oaks, sycamore - along the way. That will help with our overall carbon offsets. They're the lungs, basically, of our community."

Those "lungs" are being planted to leave a positive legacy in Cleveland and throughout Ohio. "NFL Green" will not only be planting trees in the Metroparks, but in other areas of Cleveland they'll be building community gardens, donating unserved food, repurposing event materials, and supporting a harbor clean up during draft week. It's a way to lower their carbon footprint and return the love to Cleveland.

"I think it's important for events to offset their impact, but if you can do something more and leave things better, leave a green legacy, I think that's really important," Susan Groh, Director of NFL Green, said.

The Metroparks will be in charge of the upkeep of the 40 newly planted trees and the Cleveland Alliance and Destination Cleveland will help care for the other green initiatives around the city for years to come. Other planned NFL Green projects include: