50,000 visitors a day are expected to be in Cleveland as the Draft takes place Thursday through Saturday. 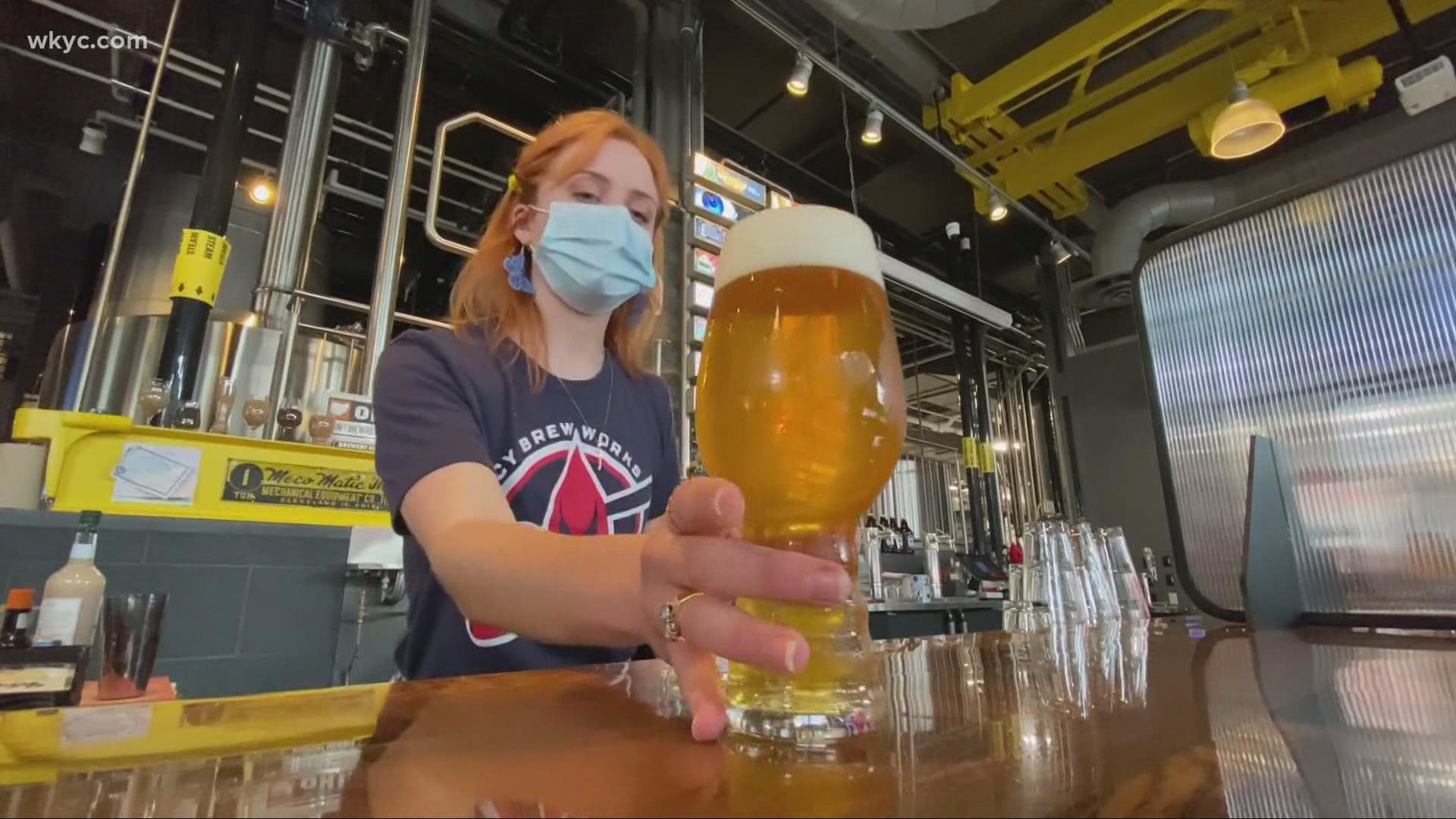 CLEVELAND — Cleveland is officially on the clock and so are area restaurants as they look to cash in on the NFL Draft, which kicks off Thursday night.

"Every week is draft week here at Nano Brew," laughed owner Sam McNulty. "We are taking our draft beer and the NFL Draft and making a happy combo."

That happy combo means that Nano Brew and Market Garden will be offering $3 draft beers Thursday night. They will also be continuing their "Beer For the Shot" campaign throughout the weekend.

"We have a lot of out-of-towners coming in for the Draft," McNulty said. "Bring us your vaccine certificate, you get a Market Garden beer for 10 cents. Great way to enjoy the NFL Draft."

There is also an opportunity to take in the Draft with a member of the Cleveland Browns. Denzel Ward is hosting a Draft party at Saucy Brew Works in Ohio City. Proceeds will benefit Ward's "Make Them Know Your Name" foundation. While tickets to the event are sold out, Saucy is inviting everyone to their Vibe Patio, which will have big screens airing the Draft outdoors.

While we will be introduced to new players this weekend, Good Night John Boy in The Flats is using the Draft as its coming out party.

"We are working 23 hours a day to get this open," said managing owner Bobby Rutter.

Taking the spot of Magnolia, they rebranded to Good Night John Boy, a '70s-inspired disco concept.

"I think it looks like your grandparents' basement," Rutter laughed. "It has the light-up dance floor and all the technology you saw in that era, which is awesome."

Their event Thursday night is sold out, but will be hosting events Friday and Saturday, as well events at FWD Night Club with ESPN Cleveland.

RELATED: Ultimate Draft HQ Show: Follow all the action of the 2021 NFL Draft in Cleveland