Every NFL team's helmet can now be found in downtown Cleveland ahead of the 2021 NFL Draft. 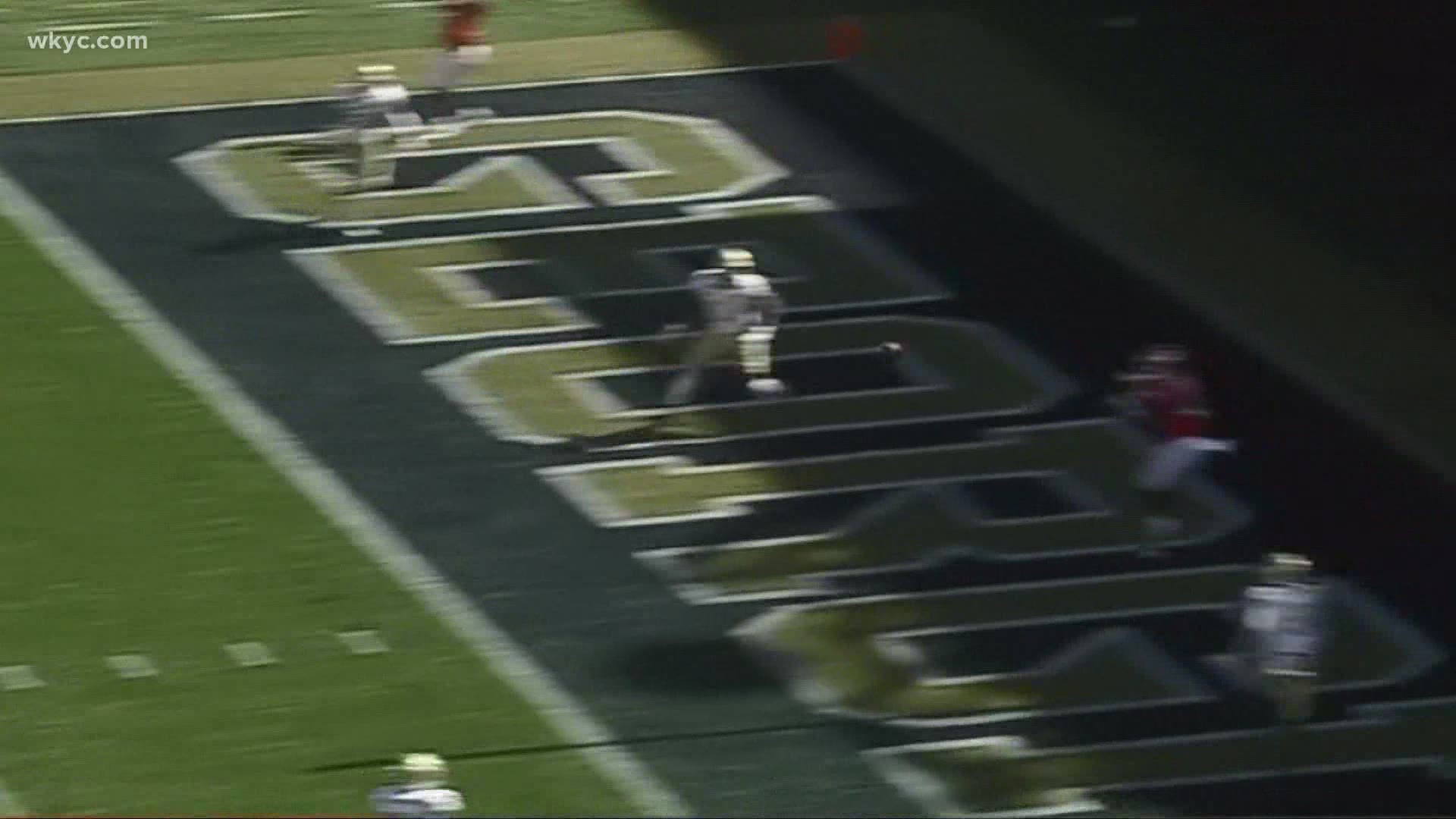 As of Friday, we're now less than four weeks ago from the start of the 2021 NFL Draft. And downtown Cleveland is starting to look the part.

At Mall C just off of Lakeside Ave. E, you can now find giant replicas of all 32 NFL team's helmets overlooking FirstEnergy Stadium. Sponsored by Pepsi, the helmets have previously been displayed at various locations across the country, including previous NFL Draft sites and the Super Bowl and are intended to "provide fans with the opportunity to safely interact with their favorite team."

Fans who take pictures of or with the helmets are encouraged to tag the @nfldraft account and use hashtags #PepsiNFLHelmets and #NFLDraft.

Last month, the NFL officially announced its plans to host its draft in downtown Cleveland after holding last year's draft -- which was originally scheduled to take place in Las Vegas -- virtually due to the coronavirus (COVID-19) pandemic. A three-day event, this year's draft will take place at three historic Downtown Cleveland locations: FirstEnergy Stadium, the Rock & Roll Hall of Fame and the Great Lakes Science Center, with the draft's main stage set against the backdrop of Lake Erie outside of FirstEnergy Stadium. Additionally, a select number of prospects set to be selected will take the stage in Cleveland, with fans, media, NFL Network, ESPN and ABC crews also on site.

"We are thrilled to be heading to Cleveland for the NFL Draft, which has become one of the most highly anticipated events in sports" Peter O'Reilly, NFL Executive Vice President, Club Business & League Events, said in a press release. "Just months after executing a safe and successful Super Bowl LV, we look forward to bringing the excitement of our Draft traditions to fans in collaboration with the Browns, Destination Cleveland, Greater Cleveland Sports Commission, the City of Cleveland, and all of our local Cleveland partners."