The NFL is being serious about safety as we get ready for the draft festivities in Cleveland. 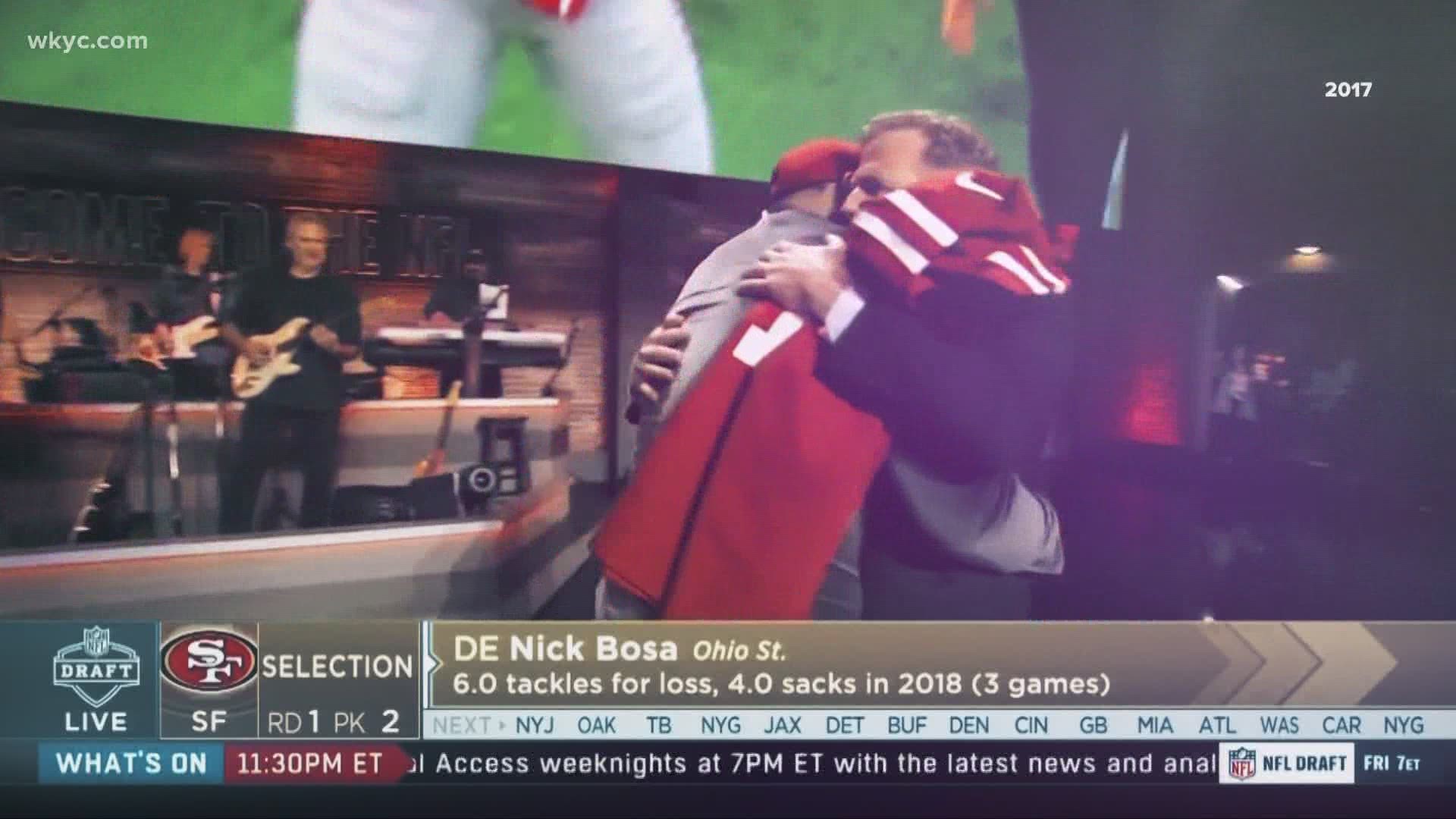 CLEVELAND — We've learned a lot in 12 months, making it through a football season and a Super Bowl in the middle of a pandemic. Now we turn to the NFL Draft in a partially vaccinated world.

But the NFL is serious about safety and will require protocols with everyone who steps into the NFL Draft Experience in Cleveland.

They’re expecting 50,000 people a day, but everyone must be properly masked. No face shields allowed if you’re not wearing a mask under it and no vented face masks either. Everyone aged two and up must have their mouths and noses covered at all times except when eating or drinking.

Guests must keep the standard six feet of separation between strangers and watch for directional signage to help cut down on bottlenecks. There will be lots of markers and staff to remind you.

But hey, at least the bro hugs are back.

Keep in mind that the NFL has its own health and safety playbook on its website, with the do's and don'ts spelled out clearly.

We are all teammates in this one, so don't let the team down! If you are sick, stay home and follow the rules. The last thing we want to do during Cleveland's time to shine is to turn the draft into a super-spreader event.