The event is free but reservations are required to limit capacity. 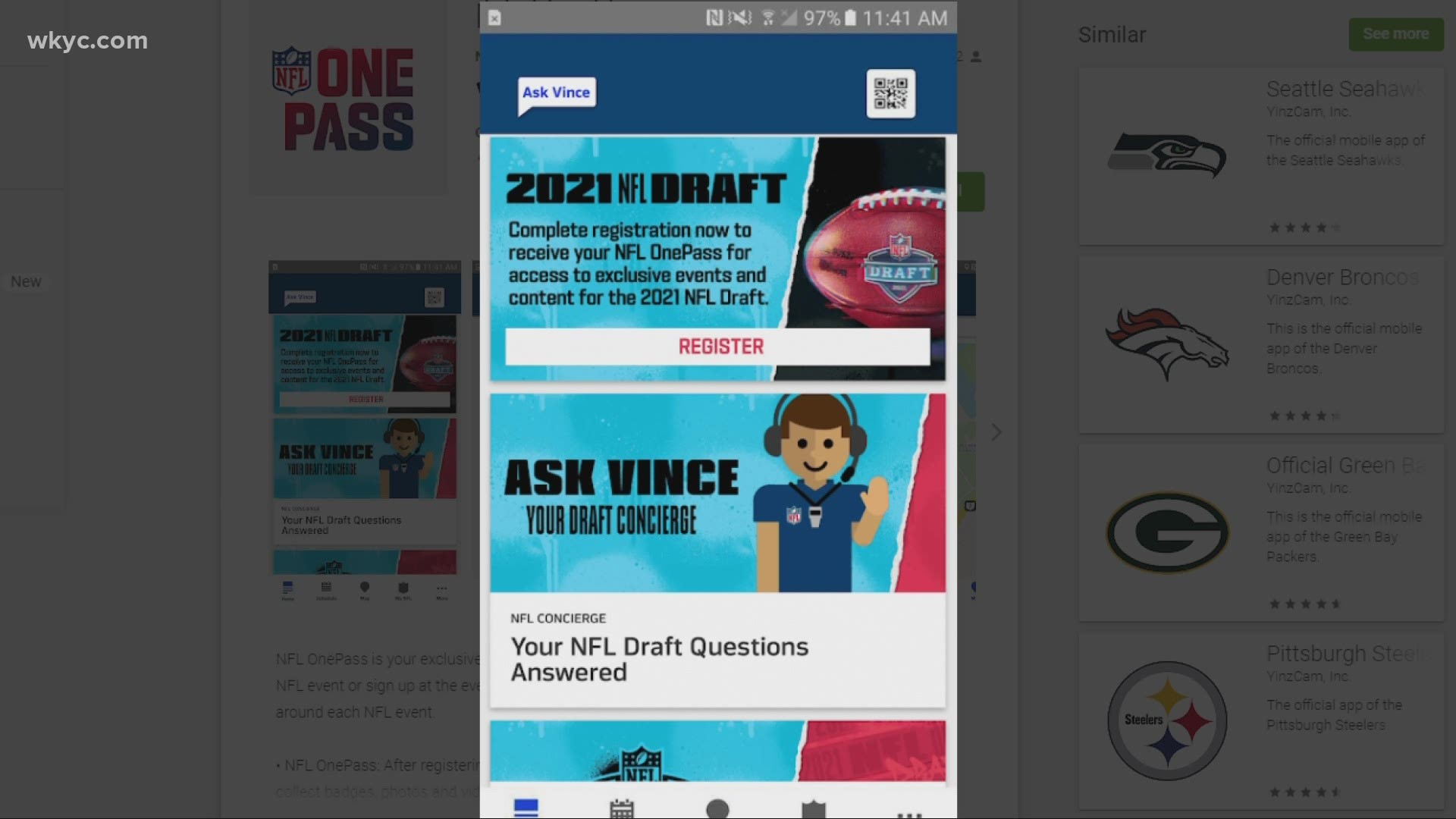 CLEVELAND — When the 2021 NFL Draft arrives in Cleveland later this month, so too will the NFL Draft Experience, a free interactive football theme park celebrating the event.

On Monday, the NFL launched the NFL OnePass app, which will be used to acquire the necessary reservations for the event. According to a release, fans must download the app and select the date for which they want to use their free ticket. The event will take place during the three days that comprise the 2021 NFL Draft in downtown Cleveland: April 29-May 1.

Once activated, fans will be able to use NFL OnePass to play games, receive digital content and enter to win exclusive prizes. Registration will be limited to one of the three available days for two adults and up to five minors per transaction.

Fans who make reservations will be allowed access inside of First Energy Stadium to kick a field goal, enjoy food and beverage in designated areas and other activities. Other activities at the NFL Draft Experience include:

Sessions for the NFL Draft Experience include:

The NFL also says that it is working with the Centers for Disease Control (CDC) to develop safety precautions for the event. The league also says that it will use lessons used during the Super Bowl in Tampa earlier this year to determine protocols.