NFL announces plans for 2021 NFL Draft in Cleveland; will host players and fans

The NFL has announced new plans for the 2021 NFL Draft in Cleveland, which take place from April 29-May 1. 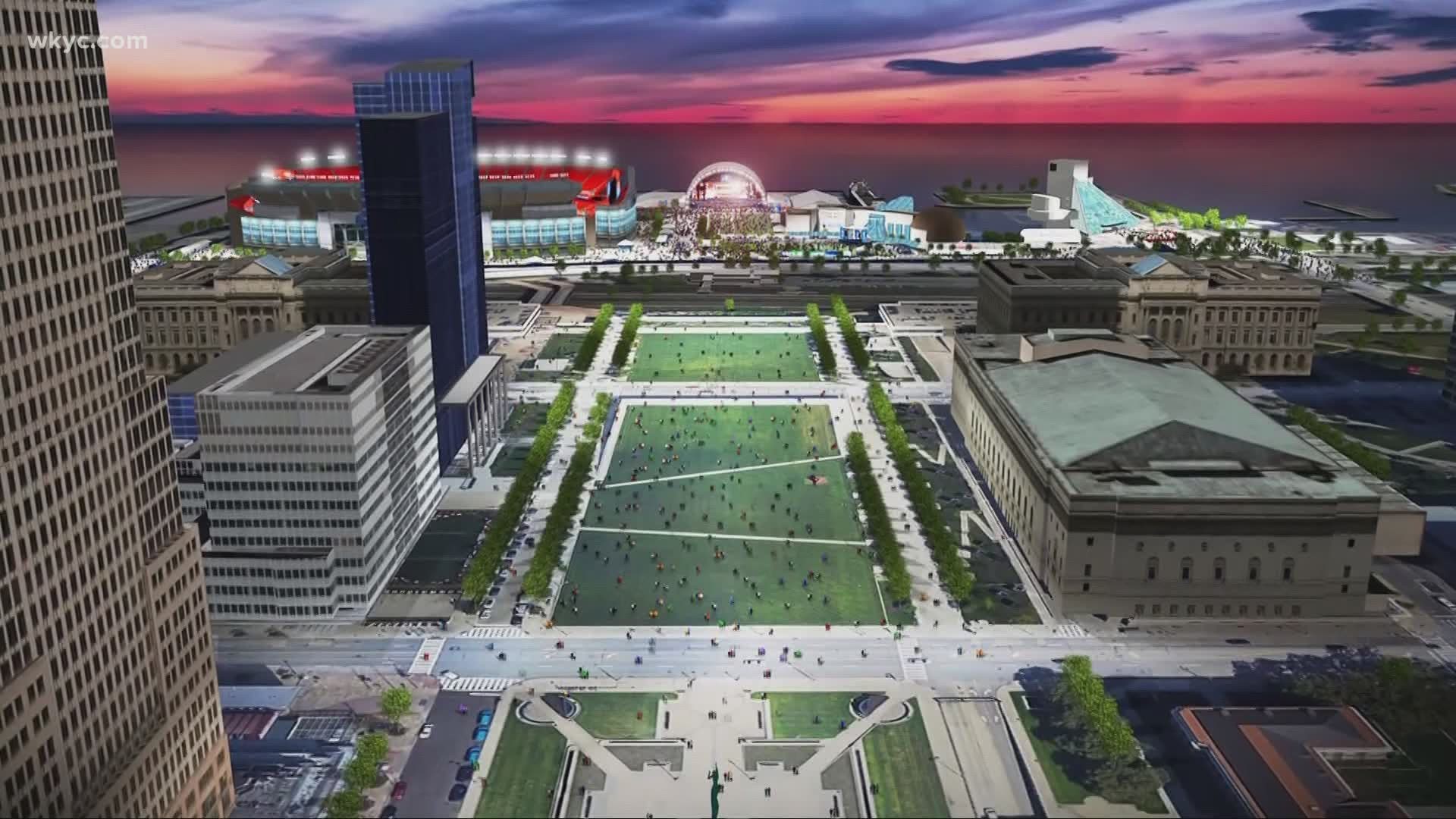 CLEVELAND — With nearly a month to go until the event takes place, the NFL has announced its official plans to move forward with the 2021 NFL Draft in Cleveland with fans and prospects permitted to attend.

While Cleveland had previously been announced as the host of the 2021 NFL Draft in 2019, it wasn't until Monday that the exact site location of the event was revealed. According to the league, the draft will take place at three historic Downtown Cleveland locations: FirstEnergy Stadium, the Rock & Roll Hall of Fame and the Great Lakes Science Center, with the draft's main stage set against the backdrop of Lake Erie outside of FirstEnergy Stadium.

Additionally, a select number of prospects set to be selected will take the stage in Cleveland, with fans, media, NFL Network, ESPN and ABC crews also on site. Last year's draft, which was originally set to be held in Las Vegas, Nevada, was ultimately held virtually as a result of the coronavirus (COVID-19) pandemic.

"We are thrilled to be heading to Cleveland for the NFL Draft, which has become one of the most highly anticipated events in sports" Peter O'Reilly, NFL Executive Vice President, Club Business & League Events, said in a press release. "Just months after executing a safe and successful Super Bowl LV, we look forward to bringing the excitement of our Draft traditions to fans in collaboration with the Browns, Destination Cleveland, Greater Cleveland Sports Commission, the City of Cleveland, and all of our local Cleveland partners."

The NFL has also announced plans for the "Inner Circle presented by Subway," which will give fans selected by each of the league's 32 teams a front-row seat to the draft. According to the league, selected to sit in the "Inner Circle" must be fully vaccinated for COVID-19.

Other plans include that headlining musical acts will be performing on the main stage in each of the three days of the draft. All fans attending the draft will also be required to wear face coverings and practice proper social distancing.

"We are looking forward to officially being on the clock in Cleveland for what has become one of the most-anticipated sports and entertainment events of the year," said David Gilbert, President and CEO of Greater Cleveland Sports Commission. "While we know this event will look different than in the past, we are thrilled about what the NFL Draft will mean to our community coming out of this pandemic. It will showcase Cleveland's beauty and resilience to a large audience, both safely in-person and worldwide."

City Hall is also preparing for the occasion, releasing a map of road closures around the area where the draft will occur. In addition, parking restrictions for the area inside East 12th Street, Old River Road, Chester Avenue, and Lakeside Avenue will be in place throughout the weekend.

"Cleveland welcomes the 2021 NFL Draft to our city," Mayor Frank G. Jackson said in a statement. "Residents and visitors from around the world will experience Cleveland’s hospitality and see why our city continues to be a destination of choice for large-scale events. We look forward to working with the Cleveland Browns, the Greater Cleveland Sports Commission, the NFL and our other partners to execute a safe, successful event in accordance with health and safety guidelines." 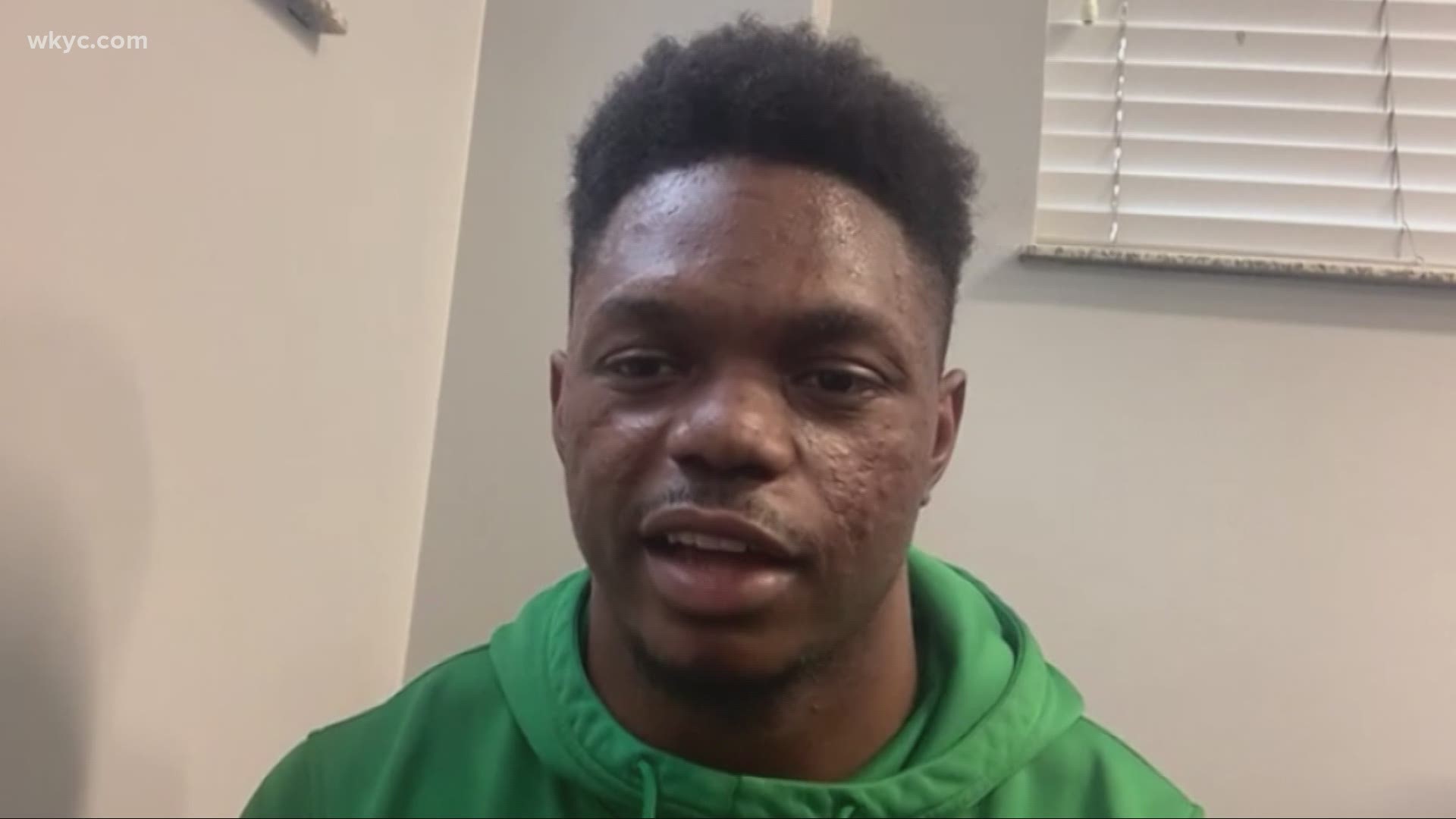