Farrell was a high school All-American at Perry and a four-time academic All-Big Ten honoree for the Buckeyes. 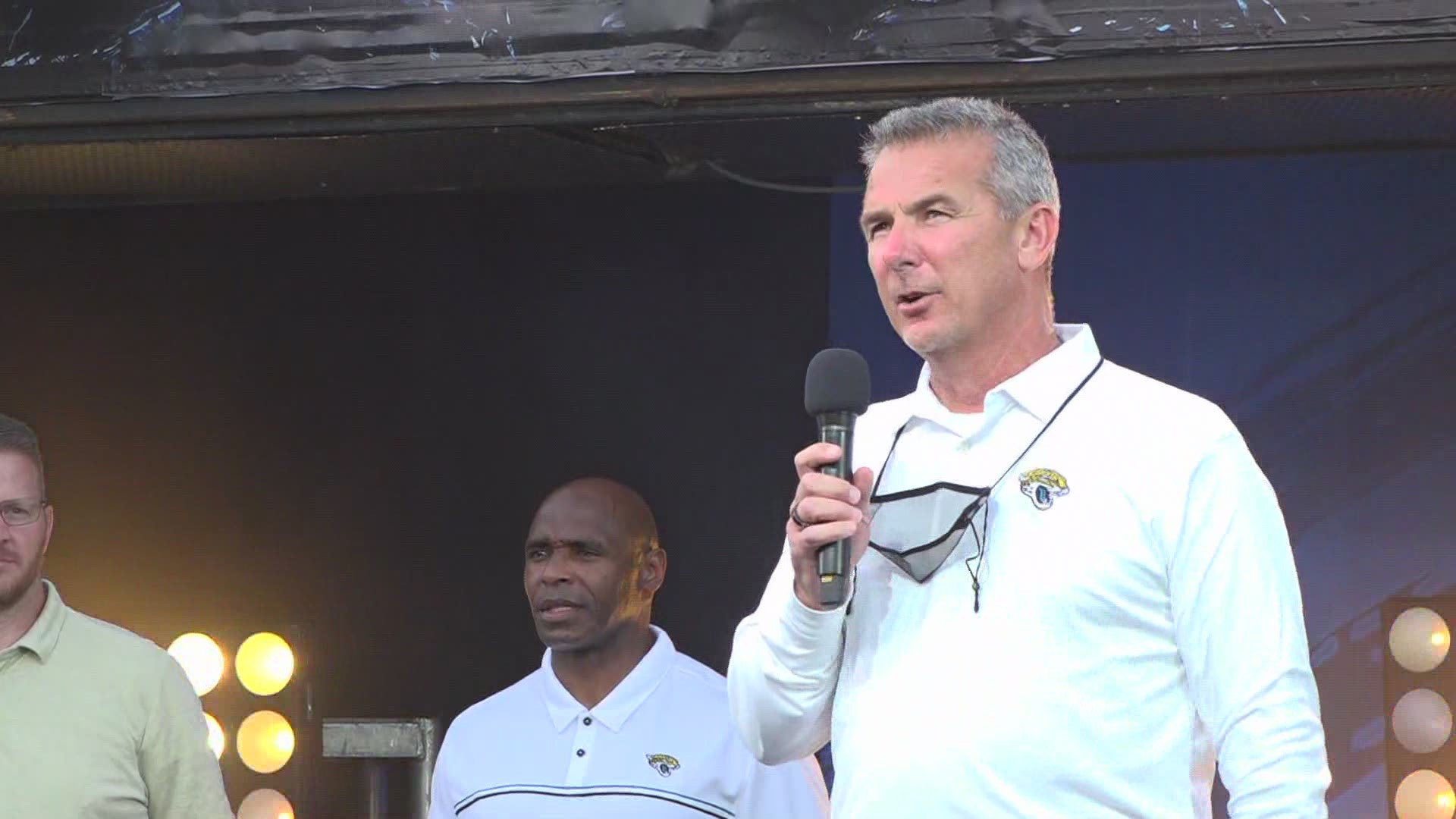 CLEVELAND — The NFL draft in Cleveland has been a joy for the entire community, and on Saturday, a local legend (in more ways than one) got in on the action.

Farrell was a high school All-American and four-star recruit while playing for Matt Rosati, helping the Pirates reach the OHSAA Division IV playoffs during his final two seasons. He was also a four-year letterman for the basketball team, but ultimately decided to play football in Columbus.

Reunited with @CoachUrbanMeyer in #DUUUVAL

TE @LukeFarrell89 goes from @OhioStateFB to the @Jaguars in the #NFLDraft pic.twitter.com/zuHo00Xb0Q

After redshirting as a true freshman, Farrell wound up starting 32 games for the Buckeyes over the next four years, catching a total of 34 passes for 205 yards and four touchdowns (including one in last season's College Football Playoff semifinal victory over Clemson). He was also a four-time academic All-Big Ten honoree, graduating with a degree in human development and family studies.

Farrell is the second Greater Cleveland native drafted in 2021, after St. Ignatius alum Liam Eichenberg went in the second round to the Miami Dolphins. He was also the only former Buckeye chosen by Meyer in his first season leading the Jaguars.