The Cleveland native was a three-year starter at left tackle for Notre Dame. 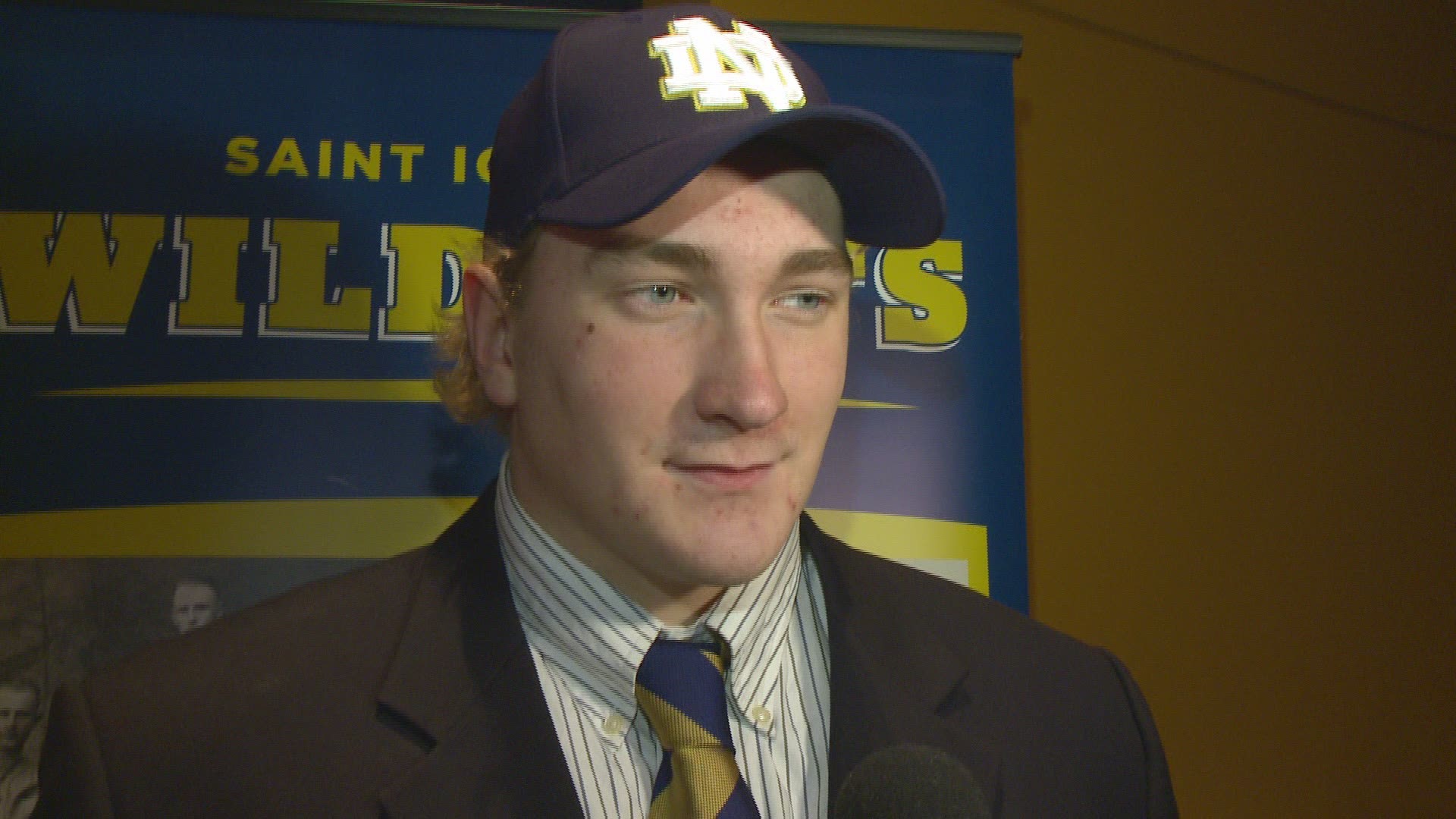 CLEVELAND — *EDITOR'S NOTE: The video in the player above is from 2016, when Liam Eichenberg signed his letter of intent to play for Notre Dame

A Northeast Ohio high school legend is about to realize his NFL dream.

The Miami Dolphins selected Cleveland native and St. Ignatius graduate Liam Eichenberg with the 42nd overall pick in the 2021 draft. The event is taking place right in the 23-year-old's hometown, and the crowd gave a nice cheer when the pick was announced.

An Under Armor High School All-American during his career with the Wildcats, Eichenberg committed to Notre Dame and became their starting left tackle for his last three seasons. He helped the Fighting Irish to a 33-5 record and two College Football Playoff appearances during that stretch, and as a senior was named a consensus All-American.

In an interview Thursday with 3News' Nick Camino, legendary St. Ignatius coach Chuck Kyle praised Eichenberg's talent and character. Some saw Eichenberg as a possible first-round selection, but he eventually fell to the second round.

"The number one characteristic is work ethic," Kyle said of his former star. "That's why he's in the position he's in. You go to a major program like Notre Dame and you're a starter for three years."

Eichenberg will now be tasked with protecting young Miami quarterback Tua Tagovailoa. Although the lineman played left tackle at Notre Dame, it's possible he could be moved to the right side with the Dolphins, as that is the lefty Tagovailoa's blind side.