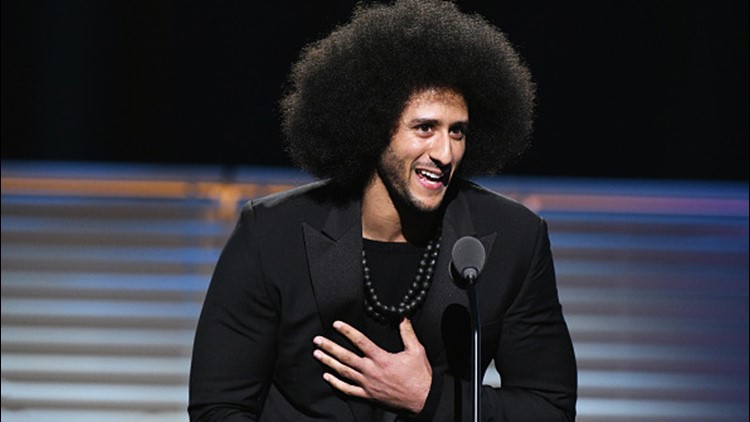 Nike is getting set to celebrate the 30th anniversary of its famous "Just Do It" ad campaign.

And it's going to do so with one of the most polarizing figures in sports leading the way.

On Monday, the shoe and apparel manufacturer revealed that Colin Kaepernick will be the face of its upcoming ad campaign. A former quarterback with the San Francisco 49ers, Kaepernick hasn't played in the NFL since 2016 and is currently suing the league over allegations that he's been blacklisted from the league due to his decision to kneel during the National Anthem to protest racial injustice.

Believe in something, even if it means sacrificing everything. #JustDoIt pic.twitter.com/SRWkMIDdaO

According to ESPN's Darren Rovell, Kaepernick has remained under contract with Nike since 2011 -- although the company is just now building its latest campaign around him. In addition to Kaepernick, Nike -- which is the exclusive provider of NFL uniforms -- will feature LeBron James, Serena Williams, Lacey Baker, Shaquem Griffin and Odell Beckham Jr. in its campaign commemorating the 30th anniversary of "Just Do It."

"We believe Colin is one of the most inspirational athletes of this generation, who has leveraged the power of sport to help move the world forward," Gino Fisanotti, Nike's vice president of brand for North America, told ESPN. "We wanted to energize its meaning and introduce 'Just Do It' to a new generation of athletes."

According to Ken Belson of The New York Times, Kaepernick has signed a new deal with Nike, with his former 5-year endorsement deal set to expire. His new contract will include incentives for shoe and apparel sales, with Nike contributing to the Know Your Rights effort.