According to TMZ Sports, Nike will sell the '740' t-shirt that Joe Burrow wore during the 2020 NFL Draft. 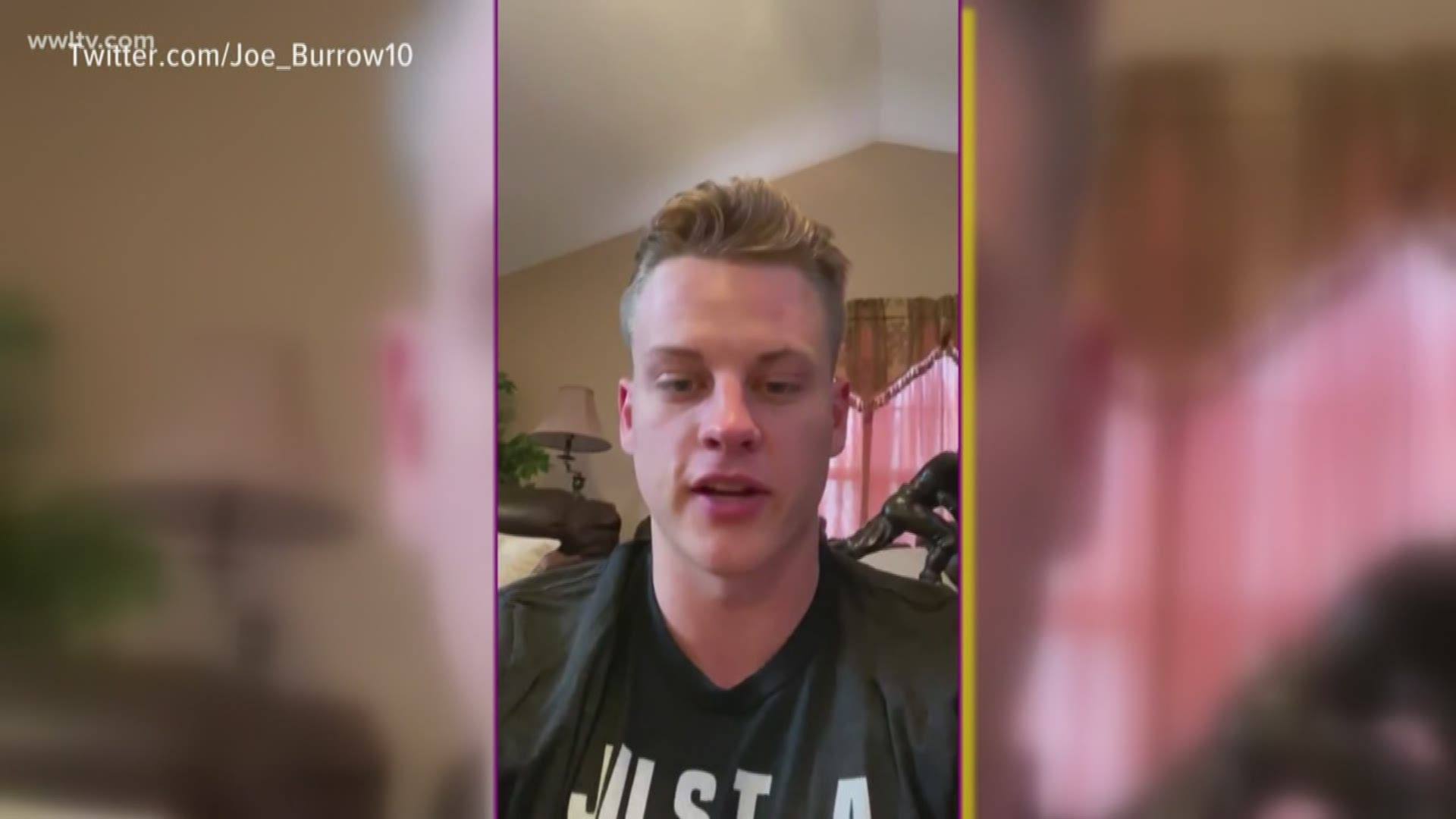 The t-shirt Joe Burrow wore during the 2020 NFL Draft was supposed to be one of a kind.

Its manufacturer, however, has changed its mind.

According to TMZ Sports, Nike will begin manufacturing and selling the '740' t-shirt Burrow was wearing when he was selected by the Cincinnati Bengals with the No. 1 pick in last months NFL Draft. Burrow, who has signed an endorsement deal with Nike, wore the white long-sleeved t-shirt with green and black writing as a tribute to his hometown of Athens, Ohio, which lays claim to the 740 area code.

According to TMZ, the shirt will be made available for purchase on May 22.

"I just want to show as much appreciation to this area as I can," Burrow said on the television broadcast of the 2020 NFL Draft, which was held virtually due to the coronavirus (COVID-19) pandemic.

Over the course of his rise to becoming one of football's most famous faces at LSU, Burrow wasn't been shy to shout out his hometown. During his Heisman Trophy acceptance speech in December, the national champion quarterback made note of the county's poverty problem, which resulted in more than $180,000 in donations to the Athens County Food Pantry.

"Coming from southeast Ohio, the poverty rate is almost twice the national average," Burrow said during his speech. "There are so many people there who don't have a lot, and I'm up here for all those kids in Athens and Athens County who go home to not a lot of food on the table, hungry after school. You guys can be up here, too."

RELATED: AFC North has new look, though Ravens still the team to beat

RELATED: New Record: 5 LSU Tigers taken in first round of the NFL Draft