Hangover after the Super Bowl? Here are some things that can help

What is the best advice in beating a hangover? Here's what the doctors have to say... 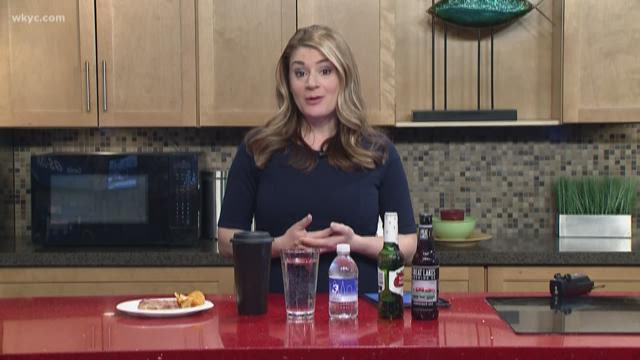 CLEVELAND -- Americans consume millions of gallons of beer and alcohol during the Super Bowl. That means many workers are waking up with a post-game hangover.

Dr. Nura El Orra with MetroHealth Medical Center says hydration is key, both before and after drinking.

One way to prevent a hangover is to drink 8 ounces of water after every shot of alcohol, glass of wine or beer.

“Your body is already quenching for thirst from all the alcohol and the drinks last night,” says Dr. El Orra.

The next day, Dr. El Orra advises you to avoid any caffeine, which can make the symptoms worse.

Here is a breakdown of what not to do:

Do not drink more: The old analogy of having some of “the hair of the dog that bit you” could hurt you in the long run and will only delay the symptoms.

Instead of reaching for a Bloody Mary, Dr. El Orra says grab some plain tomato juice instead.

“Tomato juice is actually a very potent source of electrolytes and minerals, which will help your body revitalize.”

You also need to watch what you eat. Hangover standbys like greasy pizza and burgers could hurt your liver and make symptoms worse.

“You want to focus on foods with lean protein like eggs.”

So while it may sound appetizing, that go-to hangover food is not worth the pain.

Anyone suffering from severe symptoms should seek medical attention.