Super Bowl LV by the numbers

From the number of chicken wings eaten to the most-common jersey number for a quarterback, here are Super Bowl stats you never knew you always needed. 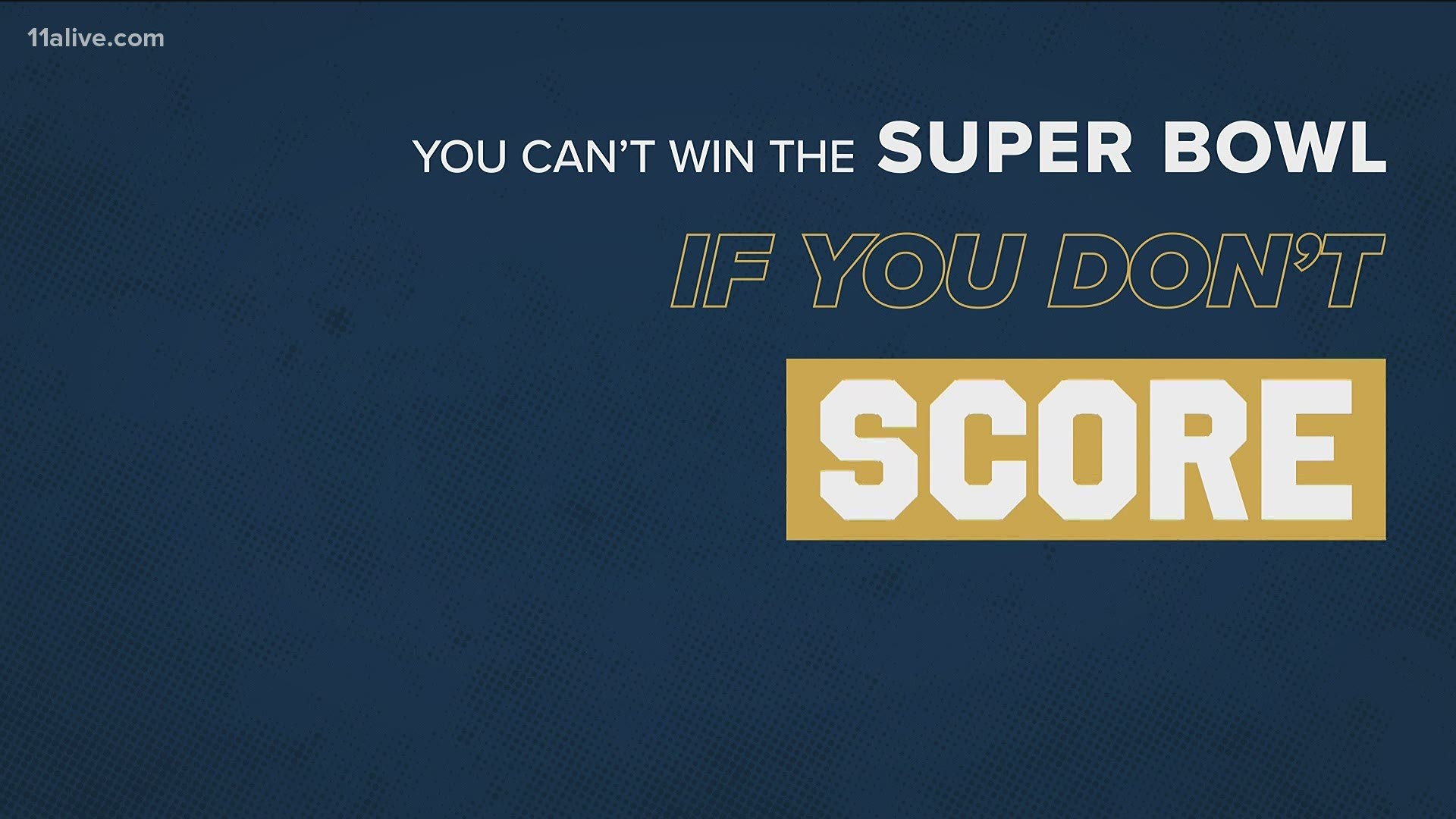 Super Bowl LV is coming up between the Kansas City Chiefs and Tampa Bay Buccaneers. It's the first time these franchises will face each other in the ultimate game. It marks a battle between young and old as rising star Patrick Mahomes takes on the legend and, many would argue, GOAT (Greatest Of All Time) Tom Brady.

The game kicks off Sunday, Feb. 7, at 6:30 p.m. ET on CBS. Here are some fun facts with numbers, both about this game and Super Bowl history in general.

The Buccaneers are the first team to play in a Super Bowl in their home stadium.

Sarah Thomas will become the first woman to officiate in a Super Bowl.

RELATED: 5 commercials you thought were Super Bowl ads, but weren't

The Chiefs beat the Buccaneers in Tampa by three points in their regular season matchup, 27-24, on Nov. 29. The opening line for Super Bowl LV was Chiefs by three.

Four franchises have failed to make it to the Super Bowl: Browns, Jaguars, Lions and Texans. All but the Texans have made it as far as the conference championship game at least once.

This will be the fifth meeting between Brady and Mahomes. They are 2-2 in the first four.

RELATED: What to know about H.E.R. before she sings 'America the Beautiful' at Super Bowl LV

Mahomes was six years old when Brady won his first Super Bowl title in 2002 with the Patriots.

The Vince Lombardi Trophy weighs 7 pounds, stands 22 inches tall and is made entirely of sterling silver.

The Chiefs can become the eighth franchise in NFL history to win back-to-back Super Bowls. The last was the New England Patriots, led by Brady, after the 2004 season.

As for Mahomes' No. 15, that jersey number has appeared six times and has a 4-2 record.

No. 6 is the only jersey number that has never been worn by a starting quarterback in a Super Bowl.

Since 2005, the team wearing white jerseys in the Super Bowl is 13-3. The Buccaneers, who were already this year's designated home team even before learning they would play in their home stadium, have chosen to wear their white jerseys with pewter pants.

The fewest combined points scored was 16 in Super Bowl LIII. The Patriots beat the Rams 13-3.

Tom Brady holds the record for longest stretch between his first Super Bowl appearance and his most recent -- 19 years.

Brady has six Super Bowl rings. To give an idea of how dominant that is, 27 of the 32 NFL franchises haven't even appeared in that many Super Bowls.

Brady will be the oldest player ever to play in a Super Bowl at age 43. The previous record was 42, held by Colts kicker Matt Stover in Super Bowl XLIV.

This is the first time the Chiefs and Buccaneers are meeting in the Super Bowl. It is the 47th different first-time matchup in Super Bowl history.

RELATED: 5 things to know about The Weeknd before his Super Bowl halftime show

Not only the number for this year's Super Bowl, but also the record for number of points scored by one team. The 49ers beat the Broncos 55-10 in Super Bowl XXIV.

The most combined points scored was 75 when the 49ers beat the Chargers 49-26 in Super Bowl XXIX.

The NFL is inviting 7,500 vaccinated health care workers to attend the game.

Raymond James Stadium will be filled to about 1/3 capacity due to the COVID-19 pandemic. Only 22,000 fans will be in attendance.

Domino’s says it typically sells around 2 million pizzas on Super Bowl Sunday. That's an increase of about 30% from a normal Sunday.

Americans are expected to consume 1.4 billion chicken wings for Super Bowl LV, according to the National Chicken Council. At three wings per minute, that would take a person more than 900 years to eat.