Will Urban Meyer finally make the jump to the NFL?: Ben Axelrod's thoughts

As the NFL offseason begins, Urban Meyer has been linked to multiple head coaching openings. 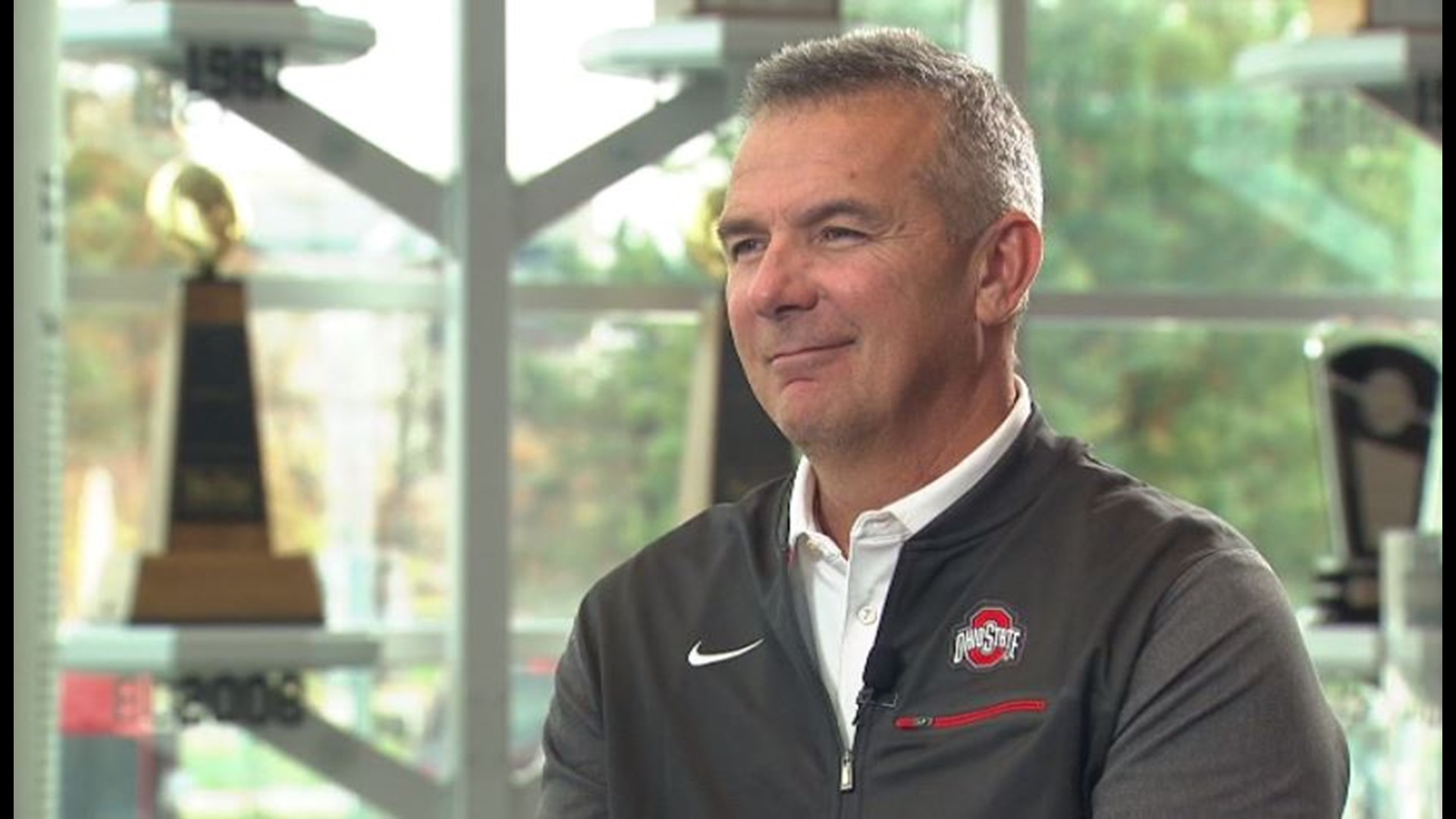 Sitting at a podium inside of Ohio State's Fawcett Center on Dec. 4, 2018, Urban Meyer was asked a question he had already heard before.

"As you sit here now, do you believe you will not coach again?" a reporter asked Meyer at a press conference to announce the then-Ohio State head coach's retirement.

"I believe I will not coach again," Meyer replied.

"Are you fairly certain?" the reporter followed up.

Two years later, it appears Meyer's answer may have changed.

With the NFL regular season having come to a close, the league's annual coaching carousel is set to begin. As of 10 a.m. ET on Monday, there are already five head coaching vacancies to be filled with more jobs likely to open up in the days -- if not hours -- ahead.

While there are plenty of candidates who have already been linked to different openings, one has undeniably built more buzz than the others. Last week, ESPN's Adam Schefter reported that Meyer had not dismissed overtures from at least two NFL teams. In the days since, that sentiment has only grown stronger, with Ian Rapoport of the NFL Network reporting on Saturday that Meyer "expects to land" the Jacksonville Jaguars job.

So will Meyer, who possesses no prior NFL experience, finally make the jump to the league? Having covered Meyer at Ohio State since he was hired as the Buckeyes' head coach in 2012 and written a book on him, here's what I think:

As has been the case since Meyer first rose to prominence as a two-time national champion coach at Florida in the mid-2000s, the smoke signals aren't to be ignored. When Meyer was hired at Ohio State in late-2011, it hardly came as a surprise. After all, the Ashtabula native had been linked to the Buckeyes' head coaching job for the better part of the previous year.

While Meyer doesn't have a similar long-term connection to the NFL, the signs that he's been itching to end his two-year retirement and get back into coaching have seemed apparent. Last month, the 56-year-old was linked to the head coaching job at the University of Texas and even went as far as to reportedly meet with leaders at the school before pulling his name from consideration.

While Meyer reportedly cited health concerns while turning down the Longhorns, the fact that he was even willing to listen to Texas' pitch was telling. Meyer has always been selective in making his career choices. And it appears the perfect opportunity has finally arrived for him to make his NFL foray.

Although Schefter's initial report led to speculation that Meyer might be interested in coaching the Los Angeles Chargers or Detroit Lions, at this point, it appears his NFL prospects are Jacksonville or bust. On Monday, the Jaguars fired head coach Doug Marrone, potentially paving Meyer's path back to Florida.

“I’ve known Urban over the years through Big Ten and what have you but we have not spoken to anyone about this job," Jaguars owner Shad Khan said on Monday following Marrone's firing according to First Coast News' Mia O'Brien.

Aside from Meyer's ties to the Sunshine State -- Gainesville, where Meyer coached at Florida from 2005-2010, is roughly an hour's drive from Jacksonville -- there's a strong argument to be made that the Jaguars possess the most attractive head coaching vacancy. While it laid claim to the league's worst record in 2020 (1-15), that also means that Jacksonville now lays claim to the No. 1 pick in the 2021 NFL Draft. And it happens to come in a year in which the presumptive No. 1 pick, Clemson quarterback Trevor Lawrence, is considered to be a generational prospect.

Furthermore, the Jaguars have spent the past year stockpiling assets and enter this year's draft with four picks in the first two rounds. Factor in a solid collection of young talent and it's easy to see why many would expect a quick turnaround in Jacksonville.

As for how Meyer would fair at the NFL level, that's the $10 million question.

Considering that he recruited at such a high level in college, one would expect him to be familiar with much of the league from a personnel standpoint. It's also worth noting that the spread offense -- which Meyer helped pioneer -- is far more prominent in the NFL now than it was even just a few years ago.

My biggest questions about Meyer's NFL prospects are:

If Meyer insists on both coaching his team and controlling his roster, I fear that would be too much for a coach with no previous NFL experience to handle. And if he takes every loss in the league as hard as he did in college, it's hard to imagine his NFL tenure lasting longer than a year.

One thing, however, that I've learned from nearly a decade of covering Meyer is to never bet against him. And while I certainly have some skepticism about his pro prospects, I'm excited for the possibility of finally getting the answers to some of these questions.