Five reasons why the Browns can still make the NFL Playoffs without star wide receiver Odell Beckham Jr., who is out for the season with a torn ACL. 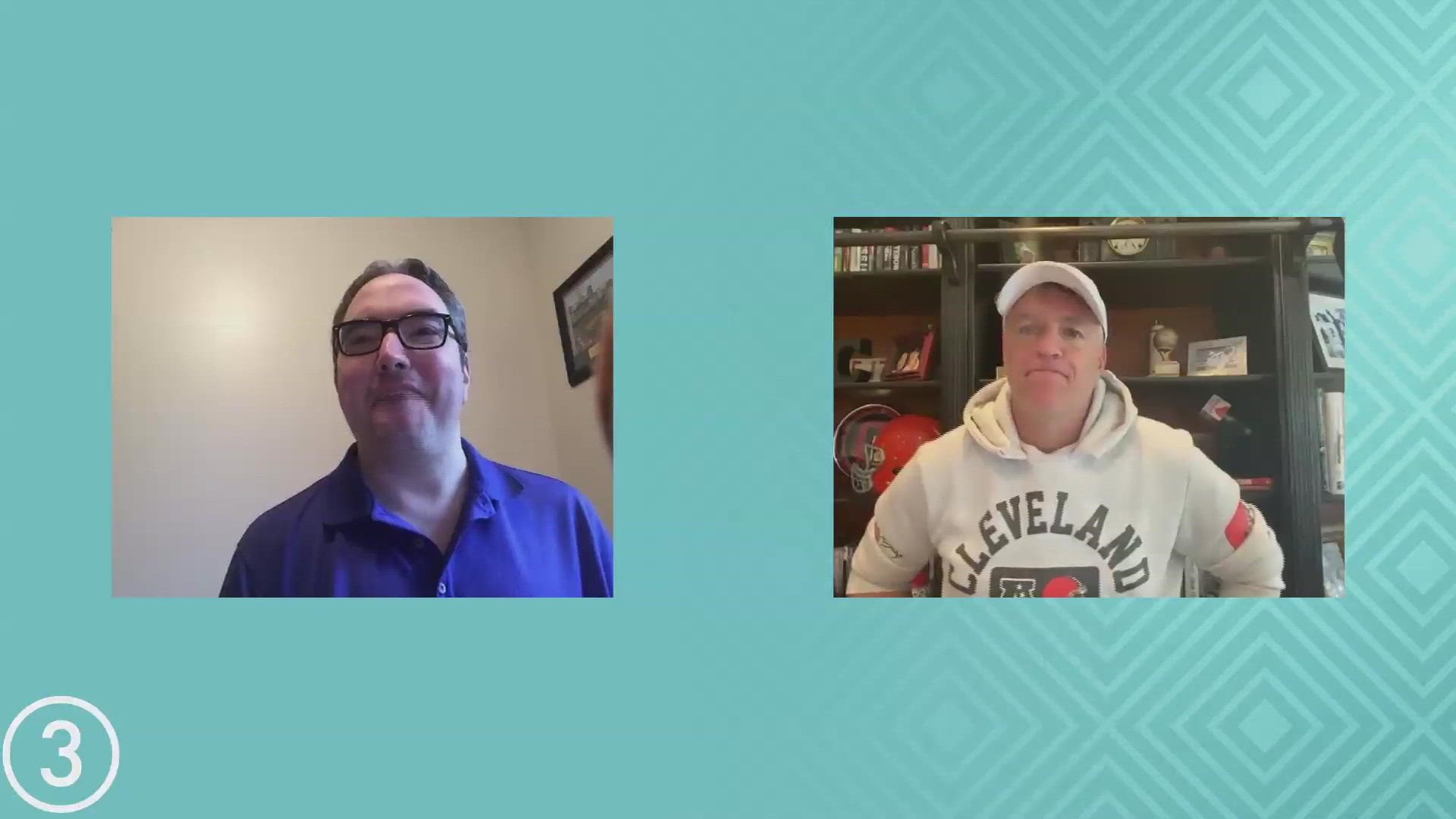 CLEVELAND — Losing star wide receiver Odell Beckham Jr. for the remainder of the 2020 season with a torn ACL obviously hurts the Cleveland Browns' offense. OBJ, as he is affectionately called, is dynamic, electric, speedy and whatever other word you want to insert to describe one of the NFL's top-flight playmakers.

However, if Sunday's thrilling 37-34 win over the Cincinnati Bengals to improve the Browns' record to 5-2 on the season revealed anything other than the team's resiliency, it was that Baker Mayfield and the rest of the players wearing orange helmets can not only survive going forward without OBJ, but still make their first appearance in the NFL Playoffs since 2002.

Perhaps in previous seasons, Beckham's absence would be felt more. The Browns lacked depth and featured a fairly weak supporting cast for its star players. And I don't need to remind Browns fans about former coaches named Hue and Freddie.

So, without further ado, here are five reasons the Browns will survive despite losing OBJ for the season:

I've watched an unhealthy amount of football for over 20 years and I have never seen a performance like the one Baker Mayfield had on Sunday in Cincinnati. After not completing a single pass in the first quarter, Mayfield went on to complete 21 consecutive passes breaking a previous team record set by Kelly Holcomb and Bernie Kosar.

All 21 completions without Beckham on the field, who left the game early in the first quarter with the knee injury. Mayfield was able to spread the ball around, not force the football and take what a pretty bad Bengals defense was giving him.

Again, the Browns would rather have a healthy Odell Beckham Jr. Of course. But Mayfield was able to spread the ball around hitting six different targets for 297 yards and five total touchdowns. Sunday in Cincinnati proved this offense will be fine without OBJ.

2. Offense getting firepower back soon

While the Browns do lose OBJ for the season, they'll soon welcome back star running back Nick Chubb (MCL) and tight end Austin Hooper (appendicitis). Both players play an integral role in the Browns offensive game plan each week and neither was on the field this past weekend in the win over the Bengals.

The Browns have dealt with a laundry list of injuries all season, getting Chubb and Hooper back soon will only help this group.

3. Browns currently with a 75.8% chance to make the NFL Playoffs

Fine, I'll say it, the Cleveland Browns are going to the postseason for the first time since 2002.

No, I can't believe it either.

However, following Sunday's win in Cincinnati, the Browns improved their chances to 75.8% according to ESPN's FPI.

Does this guarantee them a spot in the NFL Playoffs? No.

Does it put them in the driver's seat with expanded playoffs and upcoming games with the Texans, Eagles, Jaguars, Giants and Jets? Absolutely.

I won't get too "chalk talky" here, but the only player on an NFL team that can help move a betting line substantially is the quarterback. Ask any oddsmaker.

That's not to say wide receivers are not valuable. A player like OBJ is electric and can change the complexion of a football game in the blink of an eye. Look at the game a few weeks ago against the Dallas Cowboys.

However, no wideout will change a line by more than a half-point. I asked one longtime oddsmaker if OBJ could impact a line. His text response: "No. He wasn't doing anything."

Running backs and wideouts simply don't factor into a game as much as a fan may think. While losing a player like Tom Brady or Russell Wilson could change a line by a touchdown, maybe even a little more. The loss of OBJ won't be felt any Sunday in the near future. I'm not being mean. Just ask an oddsmaker.

Credit: AP
FILE - Cleveland Browns head coach Kevin Stefanski looks on in the first half during an NFL football game against the Baltimore Ravens, Sunday, Sept. 13, 2020, in Baltimore. Stefanski didn't need long to be lumped together with so many Browns coaches before him. One game into his tenure, he's 0-1, being criticized for a head-scratching decision and faced with a lengthy list of problems. The Ravens beat the Browns 38-6. (AP Photo/Terrance Williams, File)

Yes, he's a first-year head coach. And no, I'm not saying the guy is Vince Lombardi or Bill Belichick. However, through seven weeks the 38-year-old Stefanski gets an A+ from me. He's cool, calm, collected and most importantly, he's prepared.

Losing a wide receiver will not affect the concepts of the new offense Stefanski has helped bring to Cleveland that continues to thrive.