The American team of Allyson Felix, Sydney McLaughlin, Dalilah Muhammad and Athing Mu was never in jeopardy in this one. 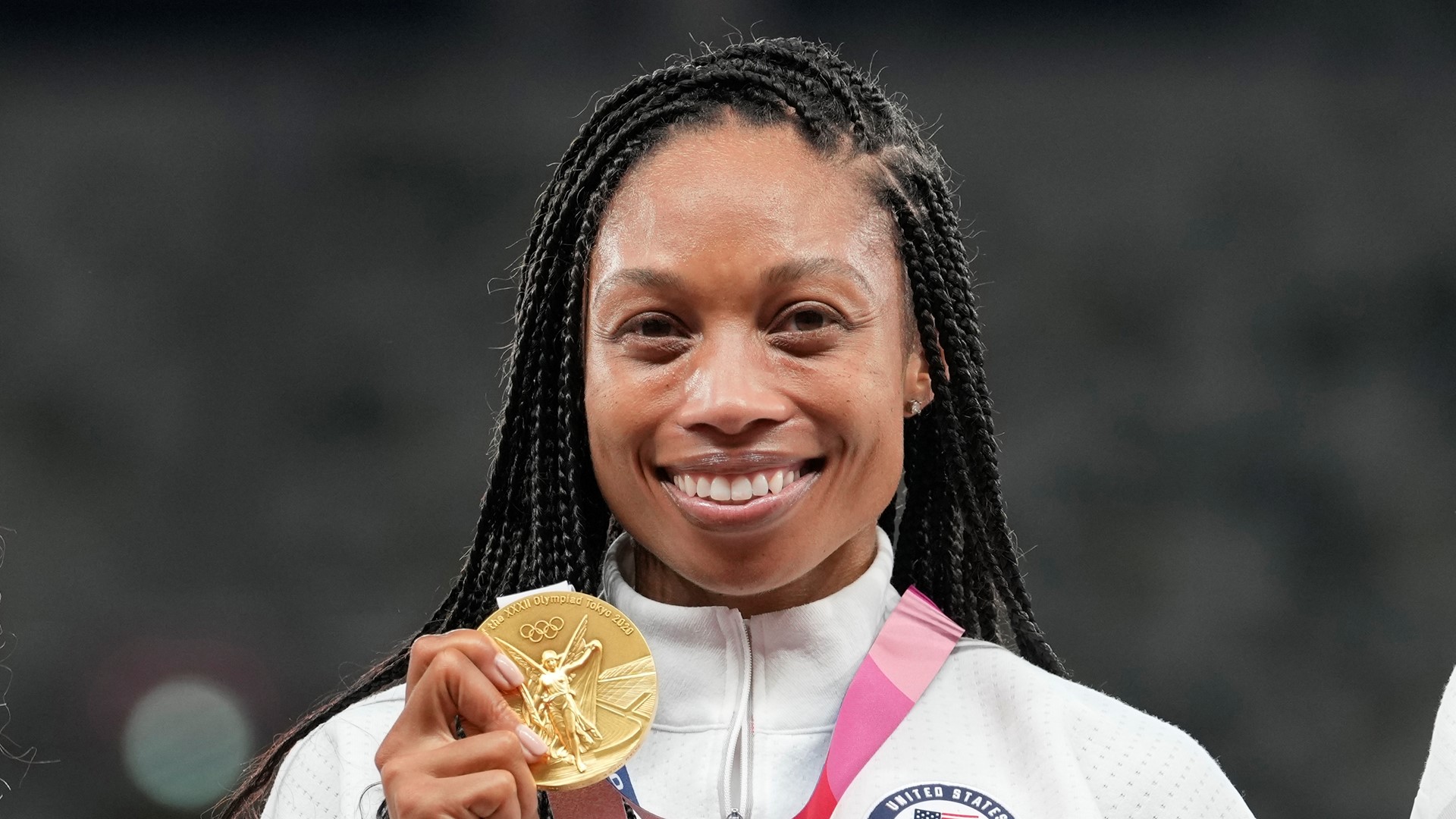 Allyson Felix won her 11th career Olympic medal Saturday, combining with her American teammates to finish the 4x400-meter relay in 3 minutes, 16.85 seconds for a runaway victory.

The team of Felix, Sydney McLaughlin, Dalilah Muhammad and Athing Mu was never in jeopardy in this one. It was America's seventh straight victory at the Olympics in the 4x400. Poland finished second, 3.68 seconds behind, and Jamaica finished third.

Felix, who became the most-decorated woman in Olympic track history when she won bronze in the 400 the night before, now passes Carl Lewis with the most track medals of any U.S. athlete. Of the 11 medals, seven are gold.

Paavo Nurmi of Finland holds the all-time mark in track with 12 medals from 1920-28.

"For me, I just really came out at peace and I wanted to soak it in completely," said Felix, who has a 2-year-old daughter back at home.

The win came on McLaughlin's 22nd birthday, and gave her another gold to go with the one she captured when she set a world record of 51.46 in the 400-meter hurdles earlier in the week.

The race featured four U.S. medalists from the individual races -- McLaughlin, Felix, Muhammad, who finished second in the hurdles, and Mu, who won gold in the 800.

It's an eclectic lineup: Two hurdlers, an 800 runner and Felix, who said she considers herself more of a 200 specialist. This was the sixth of Felix's medals that have come in the relays. Three more were in the 200 and two came in the 400, including the bronze Friday night.

"We all do different things and it was really cool to come together to close out the Olympic Games, and for me, my Olympic career," Felix said.

It wasn't so much the win that was in doubt but the world record of 3:15.17, set at the 1988 Seoul Games in the last relay the Soviet Union ran as an Olympic team.

By the time Mu collected the baton from Muhammad for the anchor lap, the clock read 2:28 and the record was out of reach. But the win was in the bag.

The four sprinters huddled and hugged. Felix is 35, and has detailed her long struggle simply to make the Tokyo Olympics. Mu turned 19 this summer, and there's a chance she'll need a mighty big medals case when it's all over.

Minutes after the women won, the U.S. men also romped to the gold. The first win of the meet for the American men's sprinters came on the last event run on the Olympic oval and gave the U.S. a total of 26 medals — seven of them gold — with only the men's marathon remaining Sunday.

Other winners Saturday included Neeraj Chopra, who won India's first-ever gold medal in Olympic track and field with his victory in the javelin.

Another first went to Mariya Lasitskene. Her victory in the high jump gave the Russian team its first gold of the meet. The Russians were only allowed to send 10 track and field athletes to Tokyo.