The long-awaited games had to be delayed for a year due to the COVID-19 pandemic. 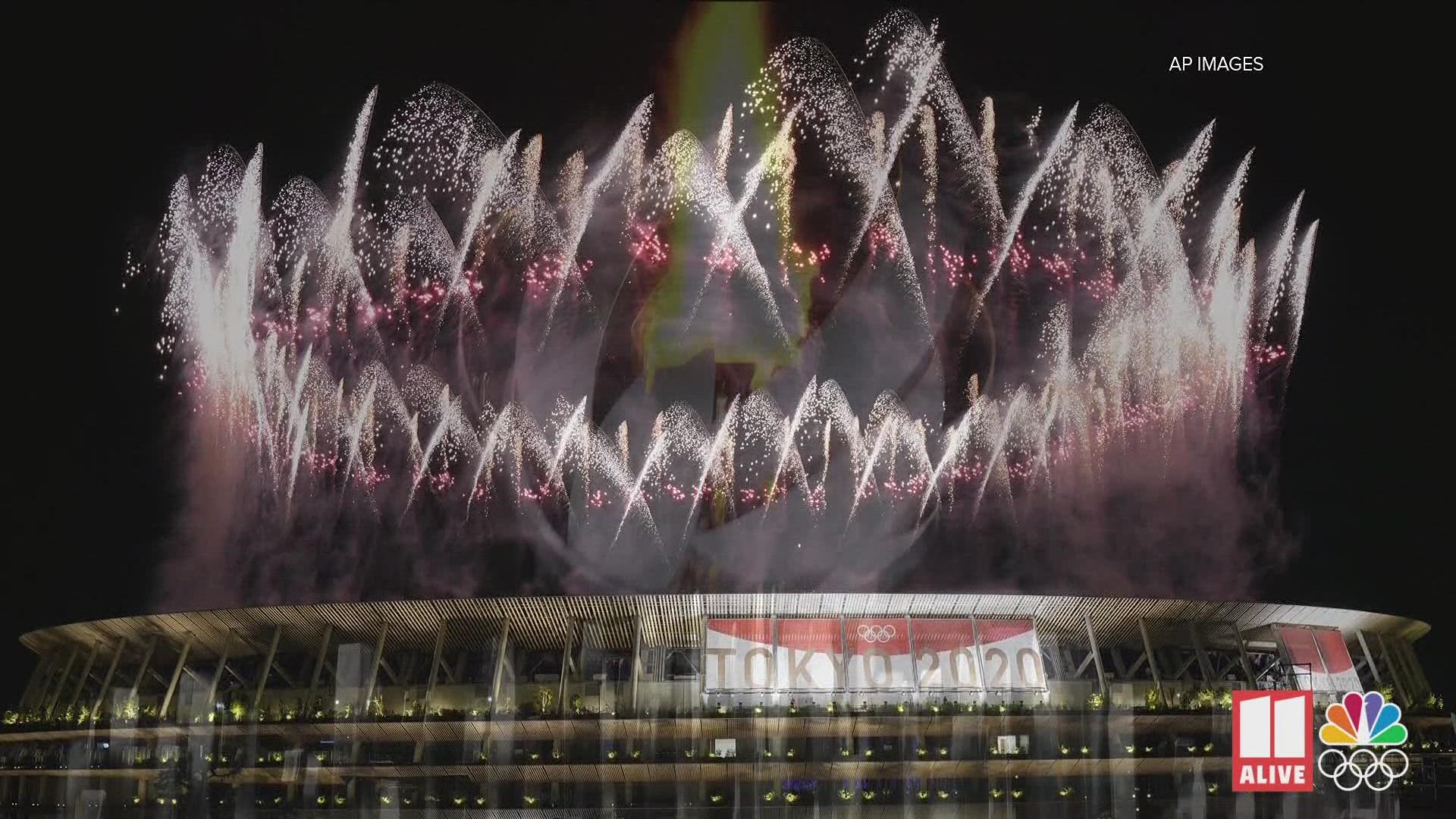 TOKYO, Japan — With just over two weeks of events, the closing ceremony has wrapped up the Olympic Games for Tokyo 2020.

The long-awaited games had to be delayed for a year due to the COVID-19 pandemic. Athletes were welcomed to the Olympics– some for the first time ever–  to be among the top contenders across the world in their respective sports.

Here's a look back at some of the memorable moments.

Editor's note: The closing ceremony will re air Sunday at 8 p.m. eastern on NBC

It's no secret that Simone Biles was expected to be one of the most watched Olympians coming into Tokyo 2020. But things took a turn when she decided to pull out of the team final competition. USA Gymnastics tweeted that she would be assessed daily.

As Biles watched her teammates finish the competition– conversations began to swirl about mental health.

“I didn't want to do something silly out there and get injured,” said Biles Tuesday. “So, I thought it would be best if these girls took over and did the rest of the job, which they absolutely did."

She was having "the twisties," a scary ordeal for gymnasts where their rhythm is off and their mind won't allow them to complete a trick.

He was supported by her decision to prioritize her well-being by withdrawing. She later decided to compete in the one of the individual finals; she took home a bronze medal in the balance beam competition.

RELATED: Simone Biles returns to US soil with hero's welcome

Her journey to get to this moment wasn't an easy one. She has spoken candidly in the past about her difficulties with pregnancy in 2018, expressing her struggles with preeclampsia– a potentially life-threatening complication.

Not only has Felix been in the spotlight this Tokyo Olympics, so have her shoes. The sprinter, who trained throughout her pregnancy, accused Nike of being unsupportive during that time, telling TIME magazine in July that the athletics company was also "beyond disrespectful and tone-deaf" when they asked her to participate in a woman-empowerment advertisement campaign while negotiating maternity protections.

The night before the relay, talks buzzed on social media when she earned her 10th medal to become the most decorated American woman in Olympic track history. She did it all while wearing her own shoes.

She now has 11 career Olympic medals under her name, passing Carl Lewis' record of 10 medals in the sport. Out of the 11, seven of Felix's medals are gold.

RELATED: After Nike split, Allyson Felix goes on to become most decorated athlete in track and field wearing her own shoe brand

It's hard to forget the moment Lydia Jacoby won a gold medal in the women's 100m breaststroke, knocking of the defending Olympic champion Lilly King. She was the first swimmer from Alaska to ever make the U.S. Olympic swimming team.

The moment her hometown watched her win was "electric." Watch it below.

Relive the moment Lydia Jacoby's friends and family cheered her on to GOLD from Seward, Alaska. #TokyoOlympics pic.twitter.com/jjLWAlaljy

With Simone Biles out, Suni Lee cemented the fifth straight woman to claim the gold Olympic medal in the all-around gymnastics final for the U.S.

Lee is only 18 years old. She's a Hmong-American from Minnesota. On the TODAY Show on Thursday, Lee was reunited with her family. They embraced her, telling her they were proud of her hard work.

Lee is inspiring others around the globe with her accomplishments.

Sunisa Lee has won GOLD for the United States of America gymnastics!

A Hmong American woman, the first ever in the Olympics. Our ancestors are dancing right now. pic.twitter.com/NFh697nYBy

RELATED: Suni Lee reunites with her family on the TODAY Show

US mixed 4x400m relay team reinstated after being disqualified

After a rollercoaster of events, the U.S. mixed 4x400m relay team were allowed to compete in the final.

The team's heart sunk after they glided through their heat to only learn they had been disqualified.

When it was time for University of Georgia's Elija Godwin to pass the baton from the first leg of the race to UGA's Lynna Irby for the second leg, Irby's placement was "outside" of the zone allowed for the handoff. However, Irby was where officials placed her. An appeal led to reinstatement and they were able to compete in the final. Team USA finished the final in third place, bringing home a  bronze medal.

In a sport where most of the attention is focused on men, these two ladies have become the most decorated Olympic basketball players.

The USA women's basketball team won their seventh consecutive gold medal. Taurasi and Bird have been there for the majority of those wins.

In an amazing run, Jamaican women claimed the top three spots in the 100m race. Elaine Thompson-Herah knocked Florence Griffith Joyner's 1988 record by .01 seconds, finishing the race with a time of 10.61 to take the gold.

Women's canoe racing made its debut in Tokyo 2020. The gold medal winner of the of the women's 200m canoe sprint went to a 19-year-old from Seattle, Washington who trains at Lake Lanier in Georgia.

Canoeing as a competitive sport captivated Harrison when she was about 11, during summer camp.

Watch her win the gold medal below.

University of Georgia swimmers brought home the first medals for Team USA on Day 2 in the 2020 Tokyo Olympics.

Former bulldog Chase Kalisz won gold and the first medal for Team USA in the 400m individual medley final at 4:09.42. On his heels, with less than a second behind Kalisz, was UGA swimmer Jay Litherland who took silver in the final at 4:10.38.

Shortly after the race, UGA Head Swim Coach Jack Bauerle told 11Alive, “When you have two on one team in the same event and they get a gold and silver it’s rare.” He added, “They’ve been teammates forever but they’ll be teammates for life now.”

Another history-making moment went to Tamyra Mensah-Stock. She became the first American Black woman to win Olympic gold in wrestling and the second American woman overall.

She defeated Blessing Oborududu of Nigeria in the women’s 68-kilogram freestyle wrestling final.

Mensah-Stock hopes her story inspires other young girls. Mensah-Stock’s dad is from Ghana in West Africa.