Jesse Owens, an iconic track and field Olympian, is a Black man who won four gold medals in Nazi Germany in the 1930s. 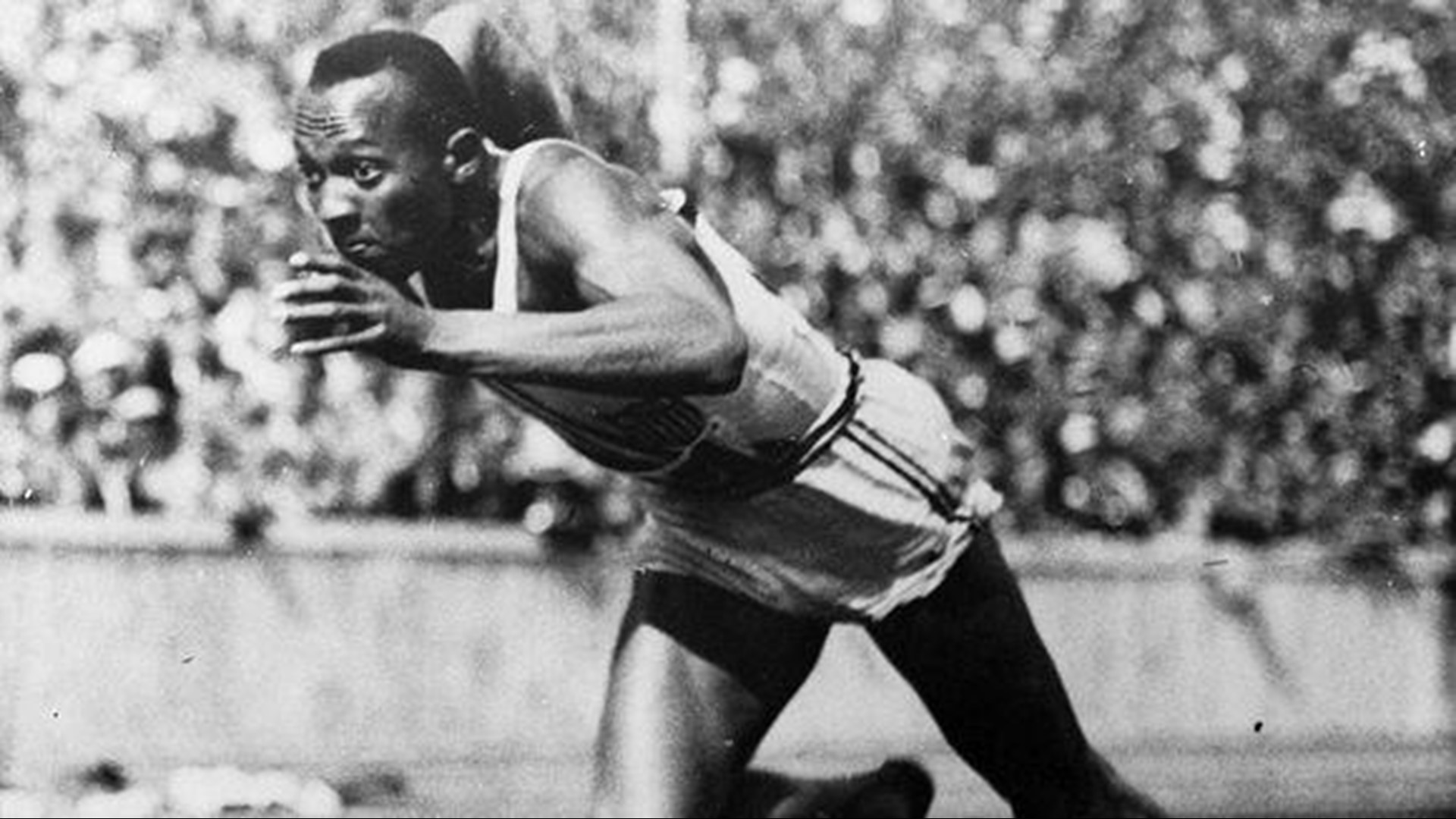 ATLANTA — Trailblazing athlete Jesse Owens, a Black man who won four gold medals in Nazi Germany in the 1930s, is an athlete who paved the way for others to achieve Olympic success and make history.

Owens – whose grandmother was enslaved – moved from Alabama to Cleveland, Ohio as a child.

After equaling world records in high school, he became known as the "Buckeye Bullet" at Ohio State. That's where he once broke four world records in a single day, but he never received a scholarship and had to work part-time to pay for school.

In 1936, Owens sailed to Berlin where his performance became legendary by earning gold medals in the 100-meter, 200-meter, 4x100 relay and the long jump event.

That led to one of the most iconic moments in sports history: Owens saluting the American flag as Adolf Hitler looked on, single-handedly dismantling Hitler's theory of Aryan supremacy.

Unfortunately, that fame didn't change much back home, where Franklin Delano Roosevelt never invited Owens to visit the White House.

After declining a trip to Sweden with the Olympic team, Owens' amateur status was revoked. To make money, Owens would race amateurs and horses, worked as a gas station attendant, and eventually landed at the Ford Motor Company.

A few months before his death, Owens tried to convince President Jimmy Carter to withdraw his demand that the U.S. boycott the 1980 Moscow Olympics in protest of the Soviet invasion of Afghanistan.

Owens said the Olympic ideal is above politics and a timeout from war. He did not get his wish.