'Cleveland, this is for you!' Katie Nageotte channels LeBron James after gold medal-winning jump 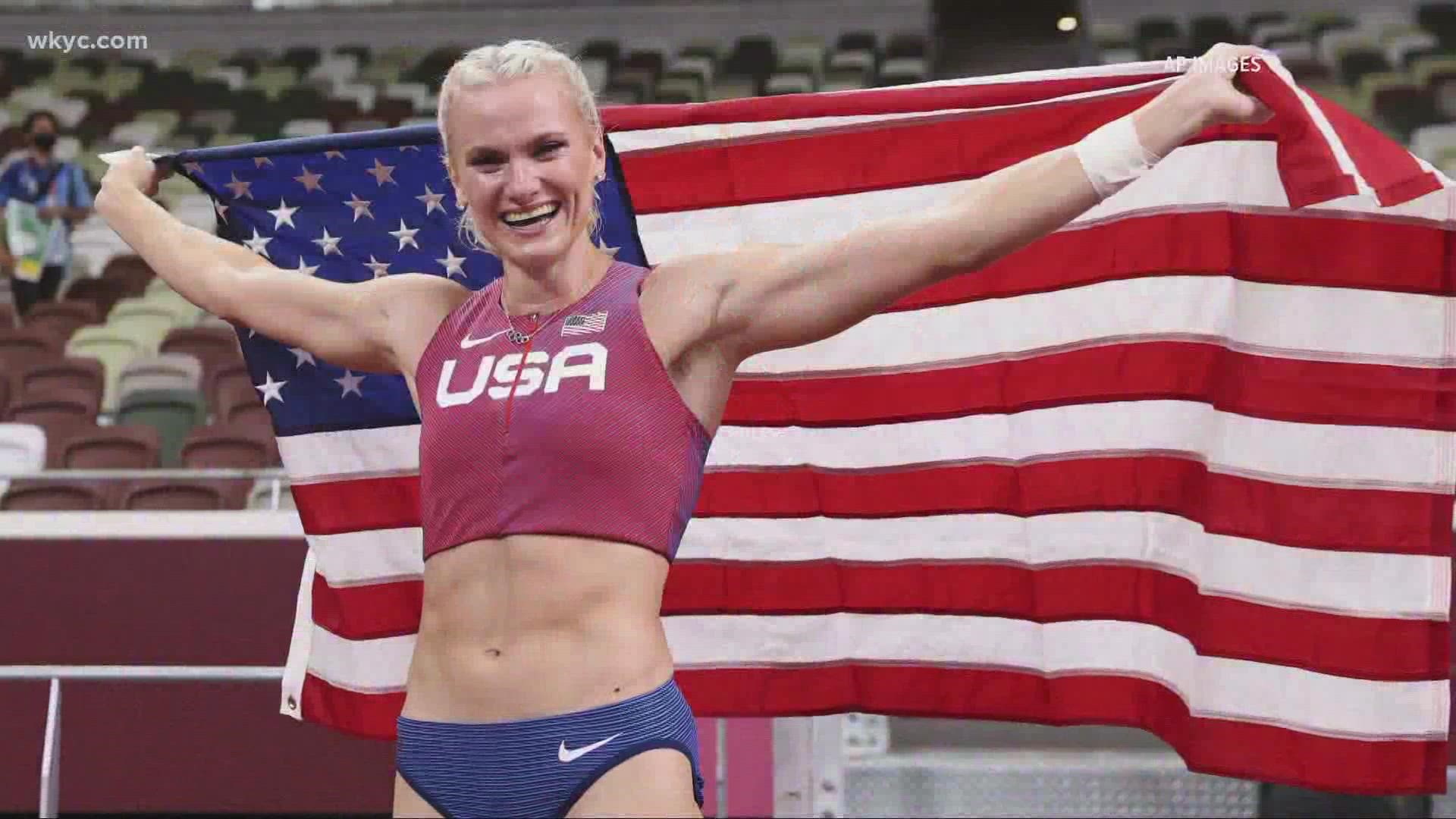 TOKYO, Japan — Editor's note: the video in the player above is from a previous story.

After leading the Cavaliers to Cleveland's first major sports championship in 52 years, LeBron James shouted five words that will forever live on in the city's lore.

"Cleveland, this is for you!" the Akron native yelled after the Cavs completed their 3-1 series comeback over the Golden State Warriors in the 2016 NBA Finals.

On Thursday, that phrase had even more history added to it.

After capturing a gold medal in the women's pole vault finals at the Tokyo Olympics, Olmsted Falls native Katie Nageotte made a point finding one of NBC's television cameras. After doing so, the 30-year-old sent a message back home, repeating James' famous phrase from five years ago.

"Cleveland, this is for you," an emotional Nageotte stated in a clip that has since gone viral on social media.

🗣 CLEVELAND, THIS IS FOR YOU!@ktnago13 with a shoutout to The Land on the day she wins #TokyoOlympics gold! pic.twitter.com/muoG1EdZJI

Nageotte's victory came as the result of a 4.9m jump early Thursday morning EST. A crowd of family and friends at Fat Little Buddies Tavern in Olmsted Township gathered to watch Thursday's final, with her family telling 3News that Nageotte will hold a meet and greet at 5 p.m. on Friday, Aug. 13. Additional details will follow.

Nageotte's post-gold-medal-wining celebration drew the attention of many on social media, including the Cleveland Indians, who invited her to throw out a first pitch at Progressive Field upon her return from Japan.

"Congratulations to Cleveland native and Tribe fan Katie Nageotte on winning gold in the women's pole vault at the #TokyoOlympics! First place medal," the Indians' official Twitter account posted. "Let's have you out for a first pitch when you get home safe. What do you say, @ktnago13?"

Congratulations to Cleveland native and Tribe fan Katie Nageotte on winning gold in the women's pole vault at the #TokyoOlympics! 🥇

Let's have you out for a first pitch when you get home safe. What do you say, @ktnago13?pic.twitter.com/p3hsx9jY9H