The 20-year-old Ohio State sophomore will compete in the men's 100m backstroke in Tokyo. 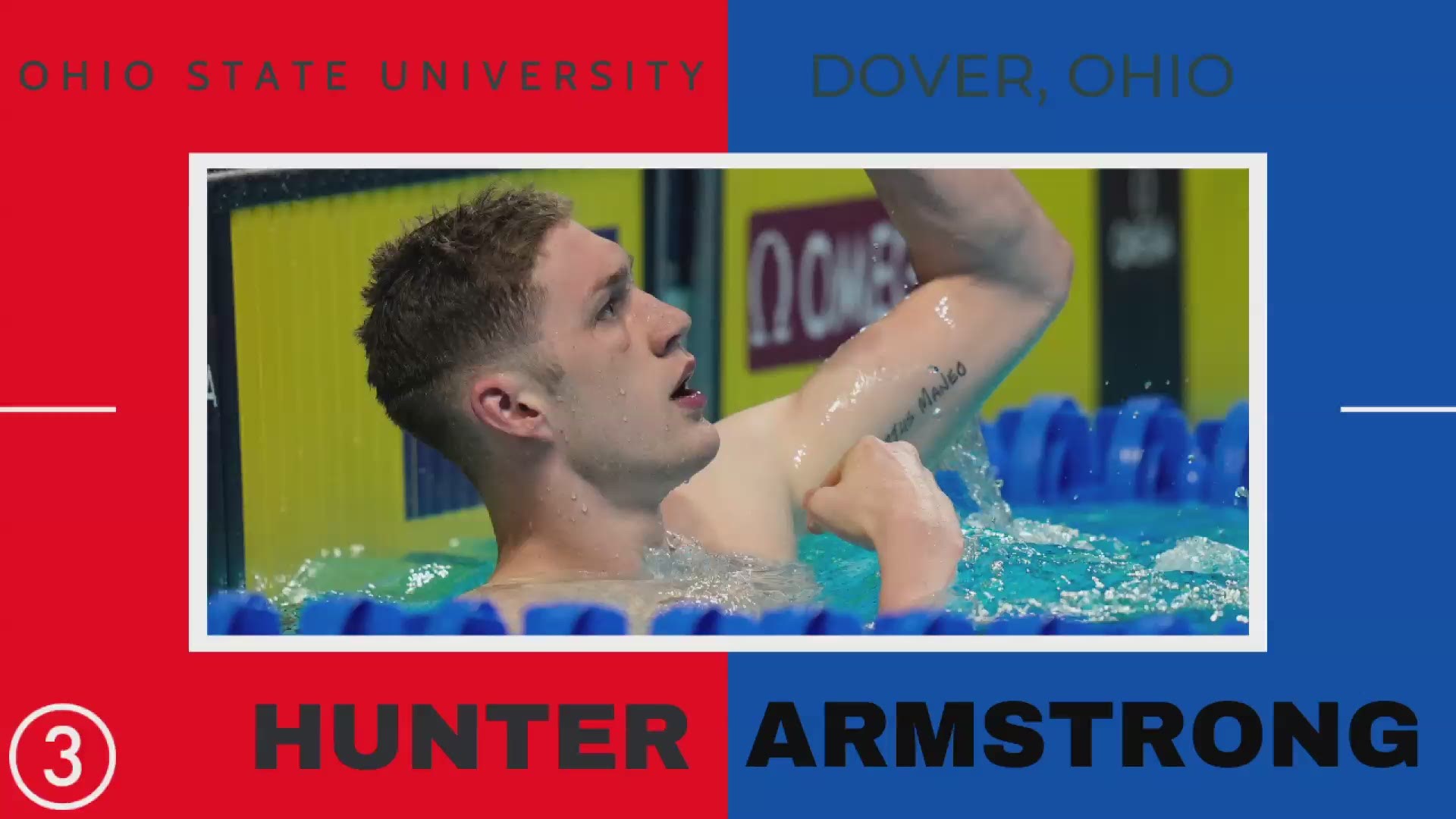 COLUMBUS, Ohio — Hunter Armstrong will admit he didn't expect to be here.

"None of us really expected it," he says. "It was a surprise for all of us."

But as the cliche goes, that's why you play the game, or in this case swim the race. Now, Armstrong's Olympic dream is about to come true.

The 20-year-old Dover native earned his ticket to Tokyo by finishing second in the men's 100m backstroke at last month's U.S. Olympic trials. His time of 52.48 seconds was a personal-best and placed him just ahead of Shaine Casas, a three-time NCAA champion who was a heavy favorite to make the team.

"My goal going into the Olympic Trials was just finish in the top six," Armstrong recalled in an interview with 3News. "I wanted to make the U.S. National Team ... but I just wanted to go there and have fun, because everybody says your first trials are the hardest."

Early on, it looked like Armstrong would finish near the back of the pack, and at the halfway mark he found himself in a distant seventh. But as he describes, he has "always been a back-halfer," and a late charge on the last 50 meters allowed him to nearly catch winner and reigning gold medalist Ryan Murphy.

"I was definitely out way too slow," Armstrong said, adding he was trying to stay next to Murphy over in the lane right beside him (no easy task). "I realized I was pretty far behind. I just had to book it."

It's not so much that Armstrong doubted his abilities going in, but with him being one of the youngest competitors at the trials, he says he "never thought that it would happen this soon." His performance led to celebration among his family and teammates, and also earned him some cache with his idols.

"[Two-time gold medalist] Caleb Dressel was going around shaking everybody's hands and I introduced myself," Armstrong told us. "I was like, 'I'm Hunter,' and he was like, 'Oh, I know who you are.' And I'm like, 'THE Caleb Dressel knows who I am!'"

By making the Olympic team, Armstrong becomes the first men's swimmer from the Ohio State University to do so for the United States since 1956, a distinction that makes him feel "honored." He also now serves as an inspiration to those back home in Tuscarawas County, where he was a two-time All-American and state runner-up for the Tornados.

"I left the pool after the 100-back, and there were a bunch of little kids outside," he said. "I signed my first autographs and got pictures taken, and I'm like, 'This is my life now, and I don't want to disappoint them,' so I'll continue to work hard and hopefully inspire more youth."

Armstrong's best time currently places him fourth in the world, putting him in prime contention for a podium spot. His first time in the pool at the Olympics will come Sunday morning (eastern time) during the 100m heats, followed by the semifinals that night and the finals on Monday.