Cheers erupted at the watch party hosted by her family and friends at Fat Little Buddies Tavern in Olmsted Township when she was crowned the champion. 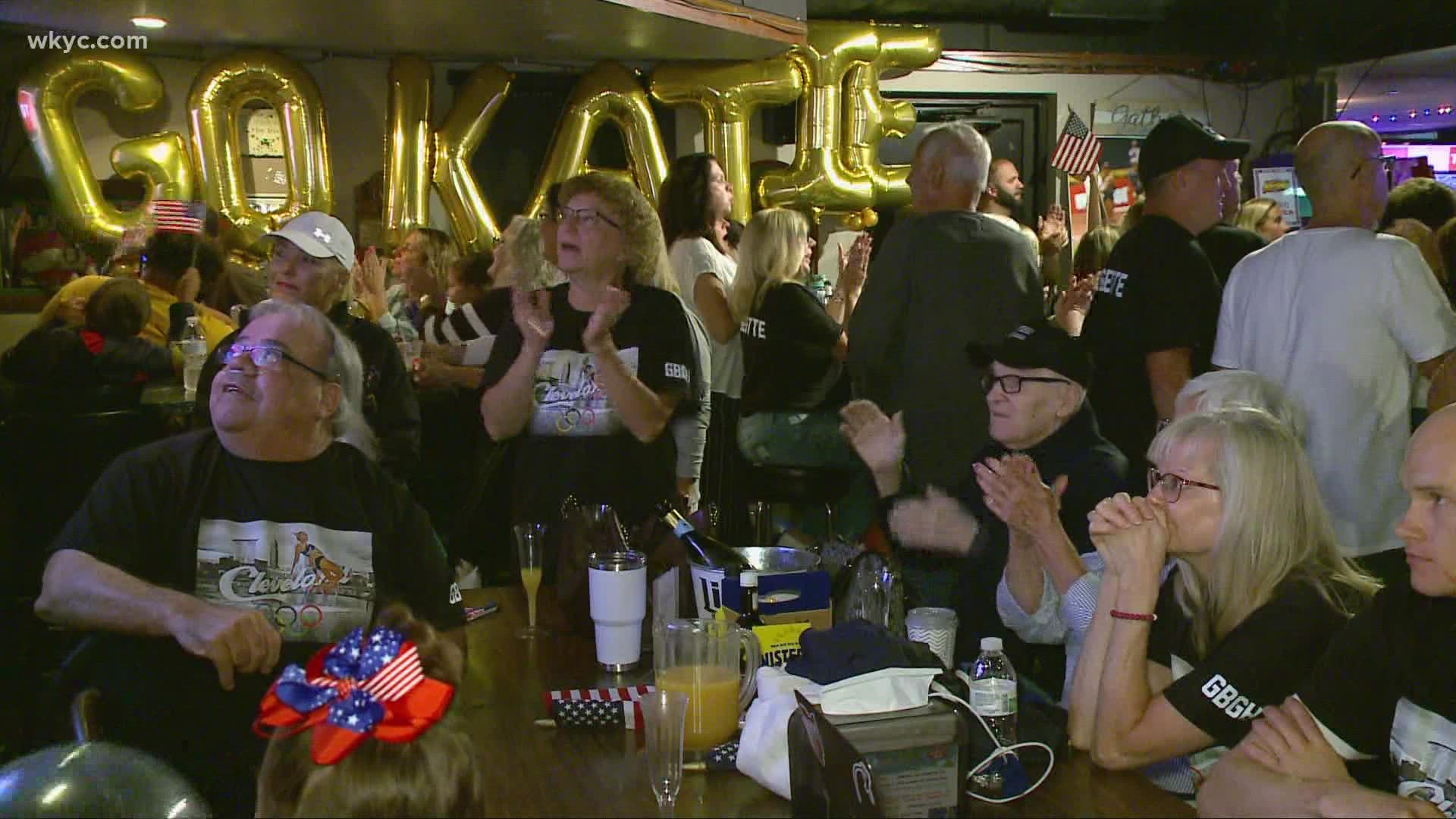 Her victory came after topping the bar at 4.9m early Thursday morning EST.

Cheers erupted at the watch party hosted by her family and friends at Fat Little Buddies Tavern in Olmsted Township when she was crowned the champion. Her family tells 3News a meet and greet with Nageotte will be held at 5 p.m. on Friday, Aug. 13. Additional details will follow.

We streamed live footage of her family's watch party, which you can watch in the player below:

How did it all unfold? Each competitor is given three attempts at topping various heights. If they fail to clear the bar by the third attempt, they're eliminated from the finals. Here's how Nageotte found herself at the top of the podium with a gold medal...

Credit: AP
Katie Nageotte celebrates after winning the gold medal in the final of the women's pole vault at the 2020 Summer Olympics.

She qualified for the finals Monday morning following a rain delay in the competition. The pole vault finals has 15 total athletes vying for a spot on the podium.

This year marked her Olympics debut after falling short of qualifying for the 2016 Games in Rio, placing fifth in the trials that year. In this year’s trials, she qualified for the Tokyo Olympics with a career-best pole vault of 16 feet, 2 3/4 inches.

She posted the following video on Instagram on Tuesday to explain what the Olympics and pole vault mean to her:

3News talked with her before the Tokyo Olympics began as she addressed not having her family present at the Games.

"My family was planning on coming, so that is going to be a bummer,” she said. “But when they announced that fans couldn't be in the stadium, I just said, 'Please don't come, it's not worth it.' I've always done better when family and friends have been there, but that's not to say I can't do well with them not being there. I know that they will be cheering me on. I've heard talks of maybe renting out a local bar in Olmsted Falls. I know that I have a pretty great support system and there'll be cheering me on regardless."

She graduated from Olmsted Falls High School in 2009 and Ashland University in 2013.