Nageotte talked about her winning jump, the watch party held by friends and family, and her plans for the future with 3News. 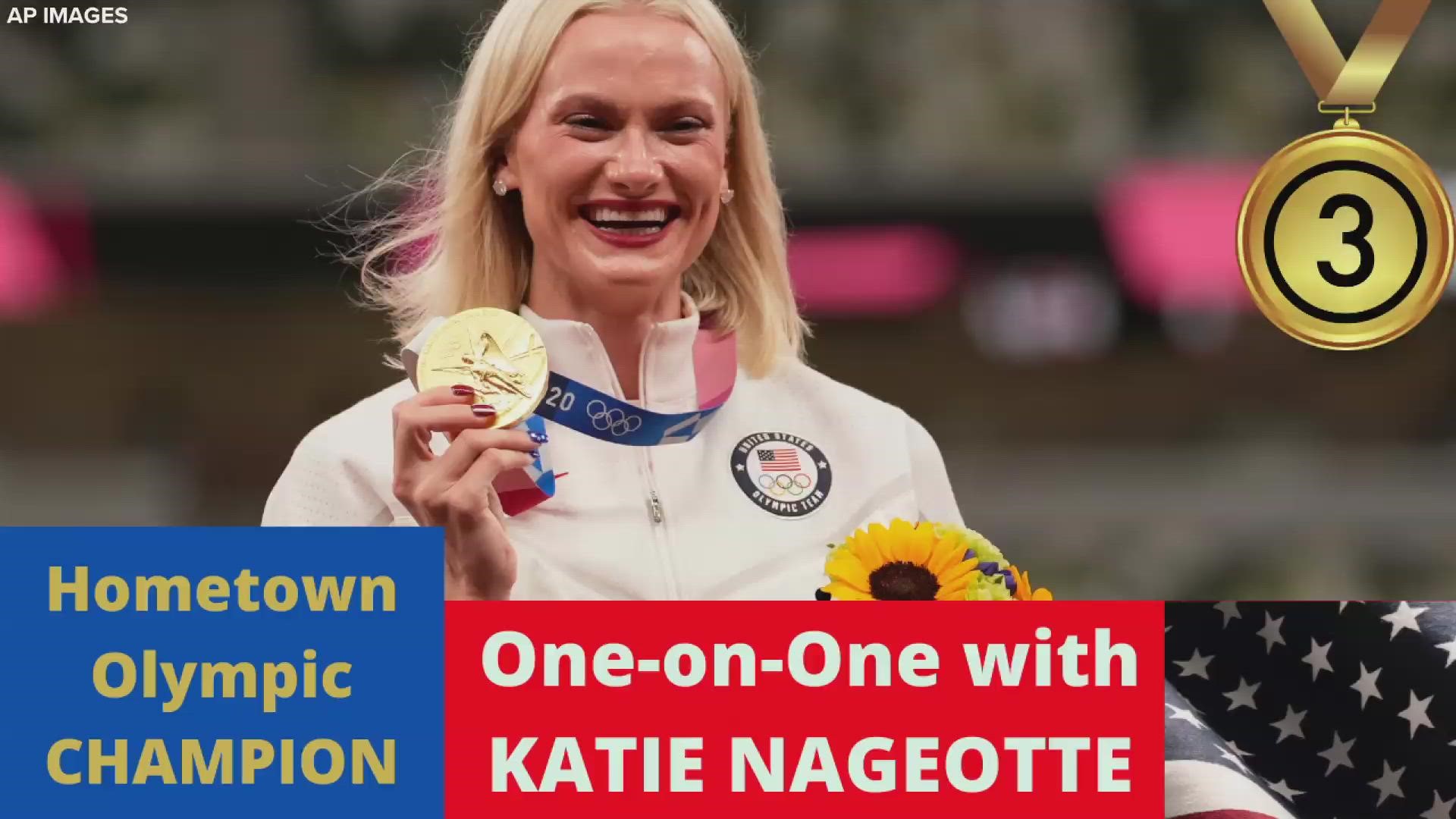 TOKYO, Japan — Fresh off of winning the gold medal in the women's pole vault at the Tokyo Olympics, Olmsted Falls native Katie Nageotte spent a few moments chatting with 3News.

"This is everything I've ever dreamed of and ever wanted," she told us. "I could not feel luckier, more blessed. I feel just ecstatic."

"That last winning jump, I was more shocked because as I was coming in and as I was rising, I was like, 'this is not a good jump, there's no way I'm making this bar.' I could do that exact jump a thousand more times and not make that bar. I just got very lucky," Nageotte told us with a laugh.

While Nageotte was celebrating her win in Tokyo, friends and family erupted in cheers back home at a watch party held at at Fat Little Buddies Tavern in Olmsted Township.

"It was the coolest thing ever," Nageotte says of the gathering. "I wish I could have been in two places at once because it looks like they had a really good time!'

In addition to those who were watching at Fat Little Buddies, Nageotte is grateful for everyone who has supported her during her Olympic journey. "Thank you. I could say it a thousand times over every day and it wouldn't be enough. I'm so appreciative to everyone who has done anything from wish me luck, to just liking a picture on social media. I can feel all the support. I felt it out there, even though there were no fans," she says.

So what's next for Katie Nageotte? She's not about to take a break anytime soon. In fact, she's already looking ahead to the 2024 Olympic Games in Paris.

"Ironically enough, this season isn't over yet. We have a couple more meets," Nageotte told us. "Next year's world championships are in Oregon. I think other than the Olympics, getting to compete on U.S. soil at home for the championships is about as good as it gets. I definitely want to go through next year and the plan is through 2024. I'll have to take it year by year."

You can watch the full interview with Katie Nageotte in the player above or below: