The 30-year-old heads to Tokyo fresh off of a first place finish at the U.S. Olympic Trials. 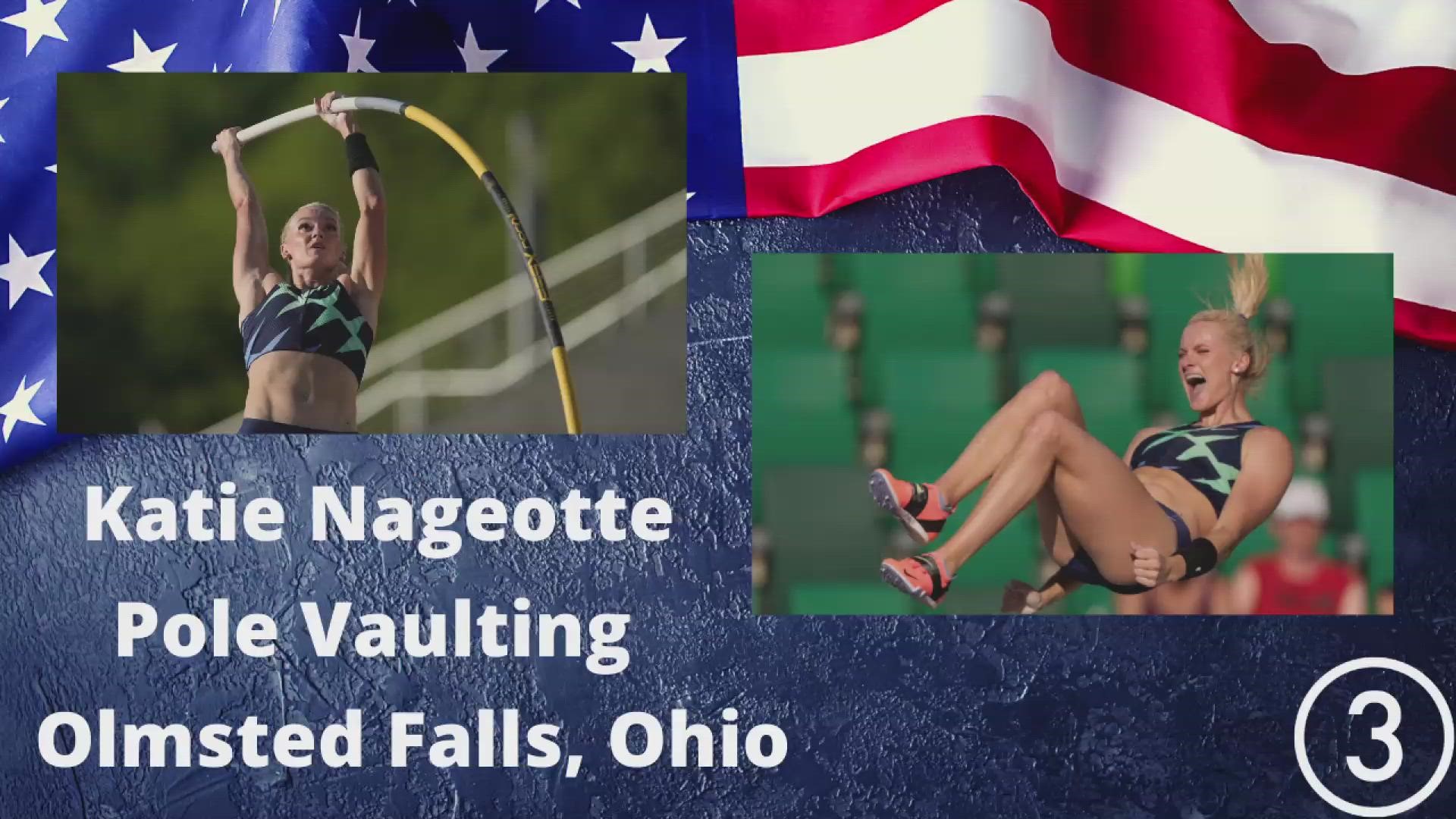 CLEVELAND — It's been a long road to the Tokyo Olympics for Olmsted Falls native Katie Nageotte.

In 2016, she missed out on her chance to go to the Rio De Janeiro Olympic Games, placing fifth in the pole vault at the U.S. Olympic Track & Field Trials. This year, the 30-year-old Nageotte was not to be denied as she grabbed the top spot at the Olympic trials with a career-best pole vault of 16 feet, 2 3/4 inches.

Despite the fact that the games were postponed until this summer, Nageotte was able to use the extra time to get herself sharpened for this opportunity. "I was super disappointed when I heard the announcement (about the postponement), but it allowed me to get in training because our facility stayed open. We were just in this, you know, small, the old abandoned warehouse in the middle of nowhere. So we weren't able to kind of stay in our bubble and keep training. I was able to work on things that we had been trying to do for years and every pre-season that I've had with my coach, I've gotten better and better," she told 3News.

COVID-19 had a direct impact on Nageotte, who contracted the virus late last year.

"So I got sick early December and the physical symptoms really didn't last that long. I would say my main symptom while I was sick was just a deep headache, bad headache, deep congestion. Um, I lost my taste and smell for about 10 days," she explained, adding that the mental aspect of her recovery was the hardest part. "It was like, I couldn't tell my body what to do fast enough. It was like, I couldn't process visually what was happening fast enough. And it was a horrible feeling."

Nageotte will miss not having her loved ones with her in Tokyo to cheer her on, but will feel their support from afar. "My family was planning on coming, so that is going to be a bummer. But when they announced that fans couldn't be in the stadium, I just said, 'please don't come, it's not worth it.' I've always done better when family and friends have been there, but that's not to say I can't do well with them not being there. I know that they will be cheering me on. I've heard talks of maybe renting out a local local bar in Olmsted Falls. I know that I have a pretty great support system and there'll be cheering me on regardless."

Watch our interview with Katie Nageotte in the player below: