An Olympian power couple | The athletic union of 2 UGA graduates

Bahamian gold medalist Shaunae Miller-Uibo and Estonian Olympian Maicel Uibo met at the University of Georgia during their freshman year. 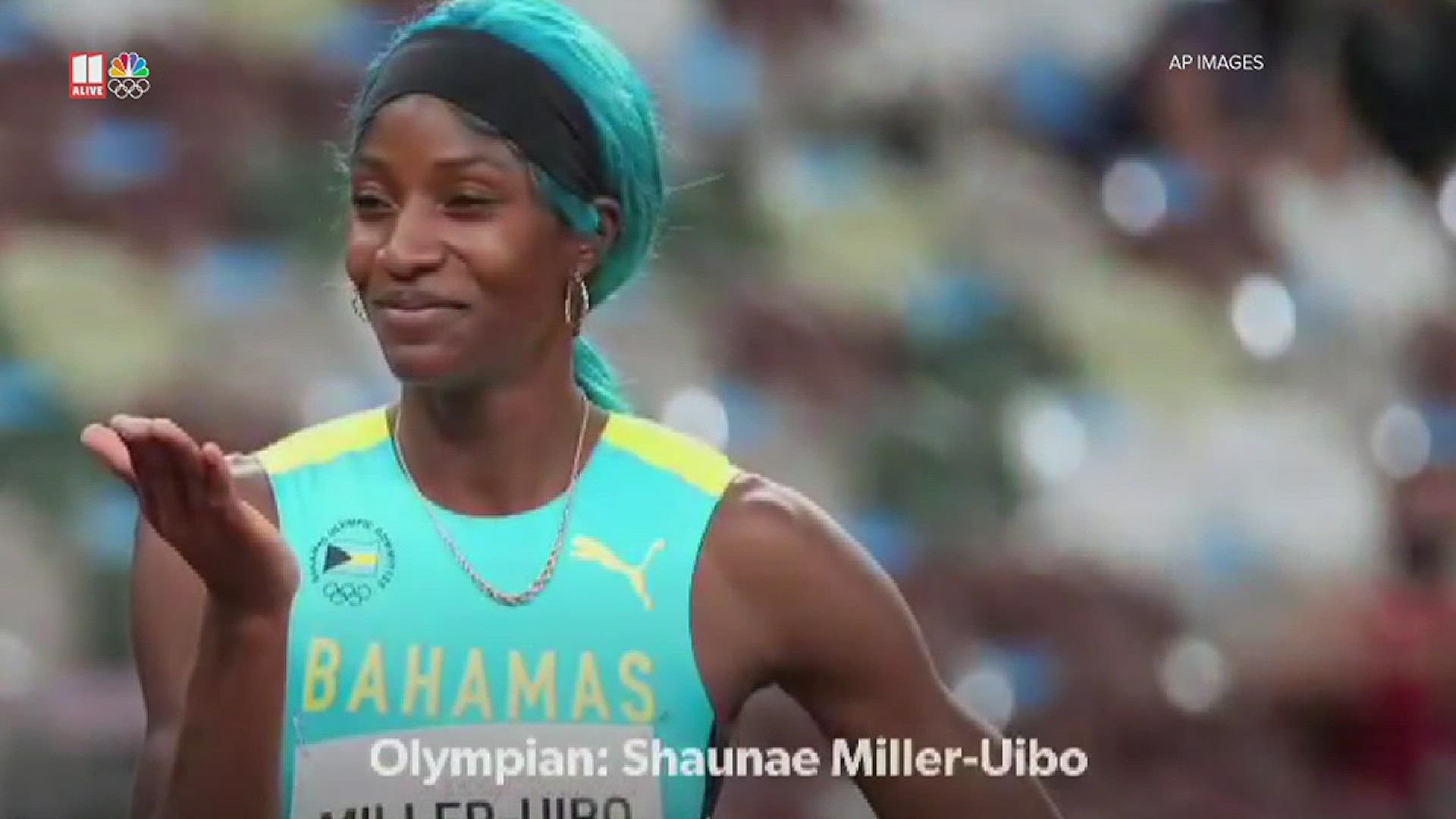 ATLANTA — Olympian power couple Shaunae Miller-Uibo and Maicel Uibo do everything together -- including winning.

In an unforgettable moment at the 2019 Doha World Athletics Championships, Miller-Uibo and her husband simultaneously earned silver medals. That night in Qatar, the two former UGA athletes crossed the Bahamian and Estonian flags over themselves and shared a kiss.

While the heartfelt memory wasn't an Olympic moment, it carries the Olympic spirit. The love of sports brought together two athletes from different parts of the world.

Not many Olympians can have their significant other compete beside them like these two both did in the Rio 2016 and Tokyo 2020 Olympics. Their love story, however, began at the University of Georgia, where Uibo said he first saw his future wife.

They both described the story in more detail during a conversation entitled "Shaunae Miller-Uibo and Maicel Uibo on Tokyo 2020, relationships, and more" on the Olympic Channel podcast.

Credit: UGA track and field
Shaunae Miller-Uibo and Maicel Uibo first met at the University of Georgia. The now married Olympian couple both competed in the 2020 Tokyo Olympic Games.

During a medical examination in their freshman year, Uibo said on the 24-minute podcast, he looked over to this tall girl. Having investigated the roster of the freshmen track team, the Estonian athlete said he walked to Miller-Uibo and asked her name.

Miller-Uibo said she was confused about what Uibo was referring to before realizing he was a decathlete and not a 400-meter runner like herself.

While the first exchange wasn't precisely dreamy, eventually, the pair began dating. And what made it even more special -- they both had Olympic ambitions.

Those ambitions turned into reality.

Fast forward to 2016, and the two competed in the Rio Games, where Miller-Uibo would have her iconic gold medal dive win in the 400-meter race. The picture remains an Olympic moment of the Rio Games and forever attached to Miller-Uibo's name.

While Uibo didn't do well in the decathlon event, he was happy nonetheless to see his soon-to-be-wife bring home a gold medal.

A year after competing in their first Olympics, the two got married.

"It was the happiest day of my life so far," he said on the podcast. "I was very happy that day and ever since then."

Celebrating achievements like the 2019 Doha World Athletics Championships for the Olympian couple involves two pit stops: the Bahamas and Estonia. The two said they party and celebrate their wins in their respective countries, with both families being very welcoming.

"They take him on as a Bahamian as well," she said. "They were like we got three medals and were celebrating as well!"

She said the Estonian family also accepted her win as their own. The two's cultures have blended so much that Uibo picked up a slight Bahamian accent.

In terms of sports, Miller-Uibo wants to try and focus on multi-discipline events like the ones her husband races in. Uibo is the opposite; he wants to focus on being fast, like his wife.

The couple's naturally competitive spirit is showcased in their home as well.

The two keep the competition alive by having a family record list on their wall, jotting down new and faster times.

"I'm trying to learn from the best," Uibo said.

Miller-Uibo and Uibo both took on the 2020 Olympic games with intense races and events. Uibo took part in the decathlon and placed 15th overall with a score of 8,037.