The 30-year-old Olmsted Falls native was greeted by family and friends at Hopkins Airport following her win in the pole vault at the Tokyo Olympics. 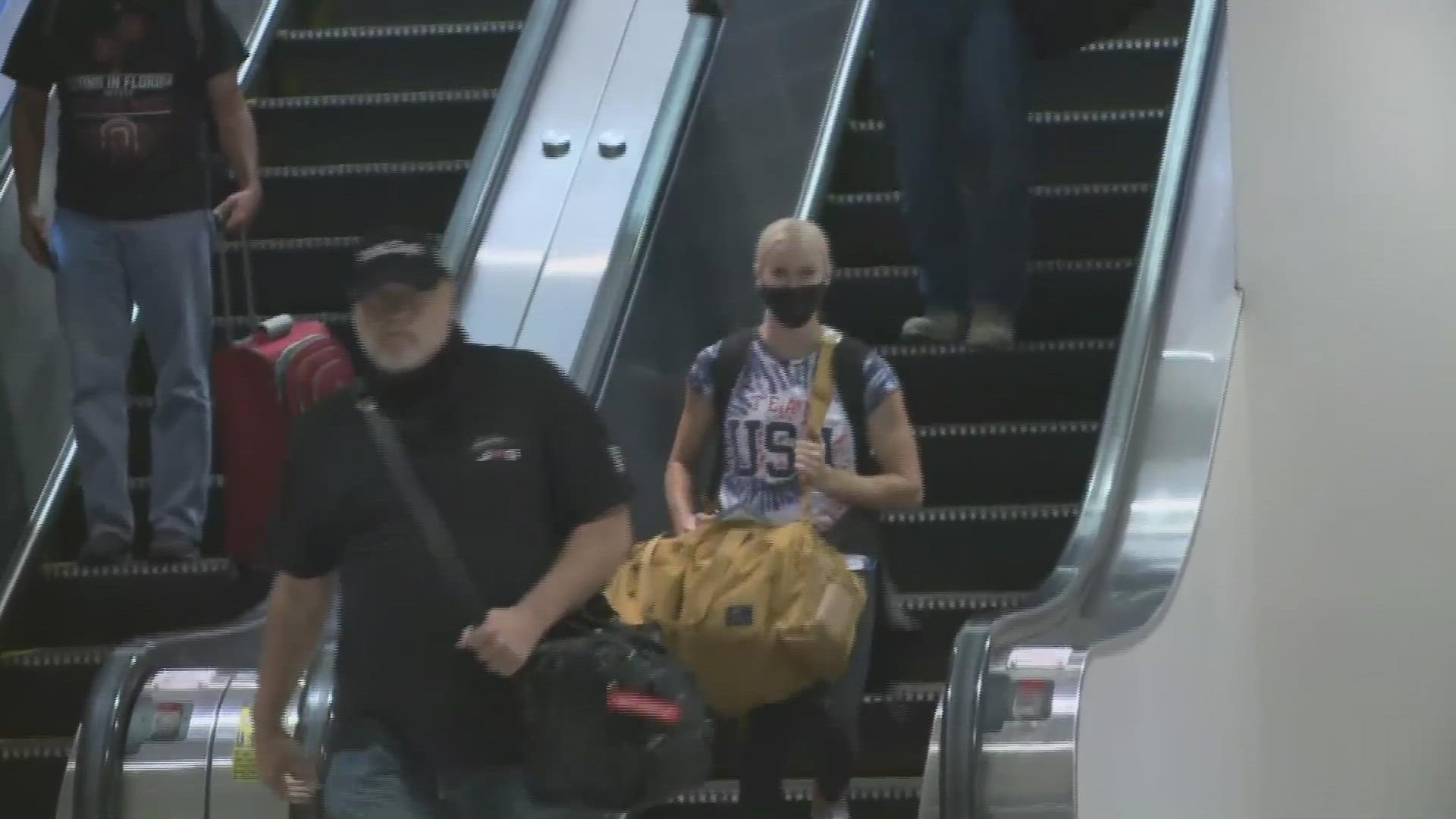 One week after capturing the gold medal in the pole vault at the Tokyo Olympics, the 30-year-old Olmsted Falls native touched down at Cleveland Hopkins International Airport, where a gathering of family and friends were waiting.

Also waiting was 3News' Jim Donovan, who spoke with Katie after she greeted her loved ones.

"I can't even put it into words. And when I'm at a loss for words, you know that's something," Nageotte told Jimmy when asked about the events of the past week.

While Katie Nageotte achieved her dream of gold after topping the bar at 4.9m, she had a packed house of friends, family, and fans cheering her on at a watch party held at at Fat Little Buddies Tavern in Olmsted Township.

"Before my third attempt, I was thinking 'don't mess this up, a lot of people woke up early for you,' but I could definitely feel the support coming from back home," she recalled.

So what's next for Katie Nageotte? She's not about to take a break anytime soon. In fact, she's already looking ahead to the 2024 Olympic Games in Paris.

"Ironically enough, this season isn't over yet. We have a couple more meets," Nageotte told 3News after her gold medal win. "Next year's world championships are in Oregon. I think other than the Olympics, getting to compete on U.S. soil at home for the championships is about as good as it gets. I definitely want to go through next year and the plan is through 2024. I'll have to take it year by year."