Sam Mikulak competes in the men's gymnastics individual all-around: Here's how he did.

Mikulak earned a score of 15.433 in the Men's parallel bars qualifier, finishing in fifth place. 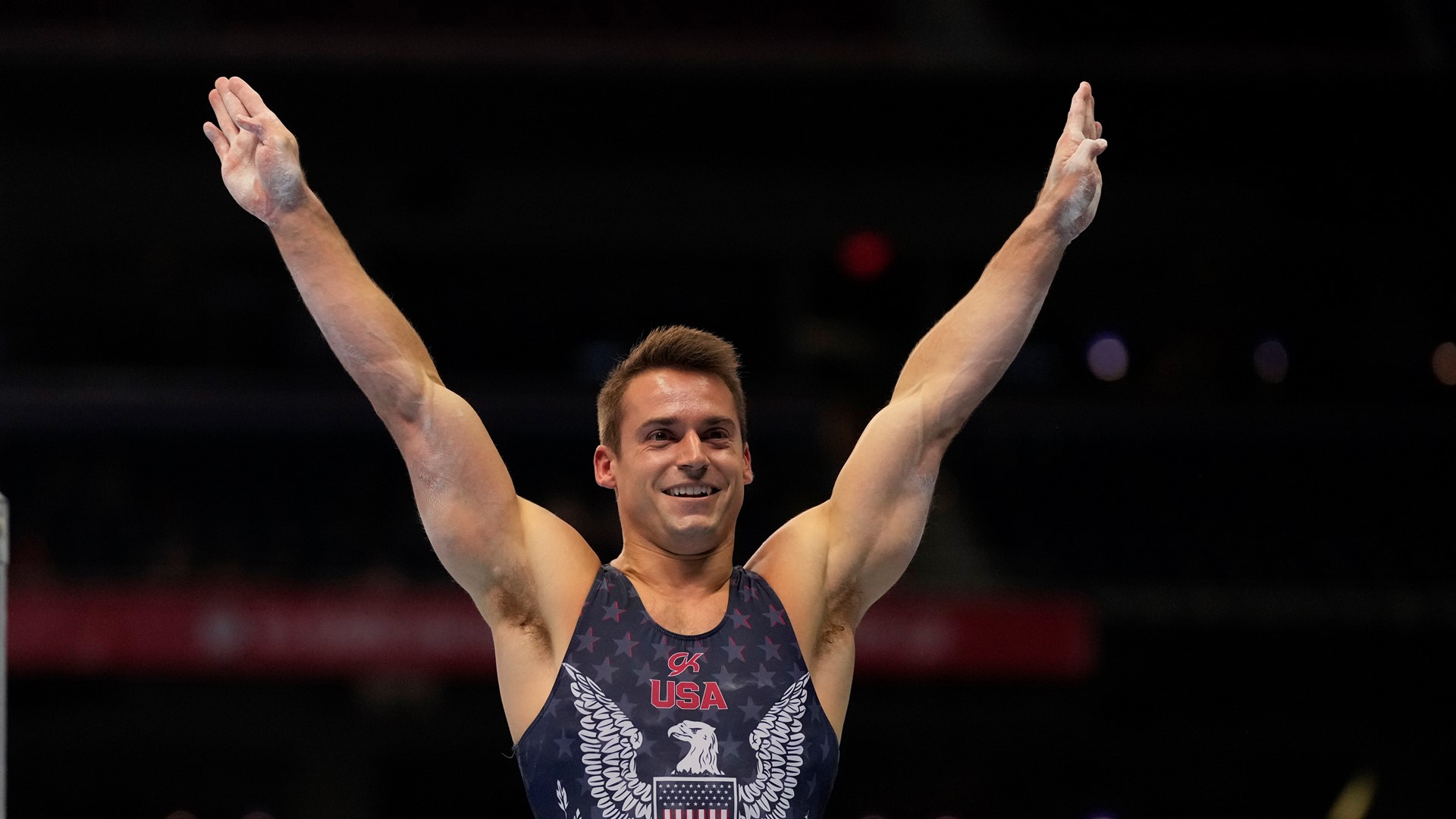 In the men's all-around qualifier, Mikulak finished 14th with an overall score of 84.664. Mikulak earned a score of 15.433 in the men's parallel bars qualifier, finishing in fifth place. The Olympian missed in the high bar final with a score of 12.866.

Mikulak is engaged to our very own Mia Atkins, the host of 'Charlotte Today'.

The 28-year-old Mikulak, who is a six-time U.S. national all-around champion, is originally from California and has spent much of his young life training up in artistic gymnastics. He spent his undergraduate years at the University of Michigan, competing with them while making an Olympic appearance in 2012 at the London games. He would make his next appearance at Rio de Janeiro during the 2016 games.

Wake Up Charlotte To Go is a daily news and weather podcast you can listen to so you can start your day with the team at Wake Up Charlotte.
SUBSCRIBE: Apple Podcasts || Spotify || Stitcher || TuneIn || Google Podcasts

All of WCNC Charlotte's podcasts are free and available for both streaming and download. You can listen now on Android, iPhone, Amazon, and other internet-connected devices. Join us from North Carolina, South Carolina, or on the go anywhere.