Simone Biles says she's received an 'outpouring of love and support' since her decision to drop out of the Olympic team and all-around finals. 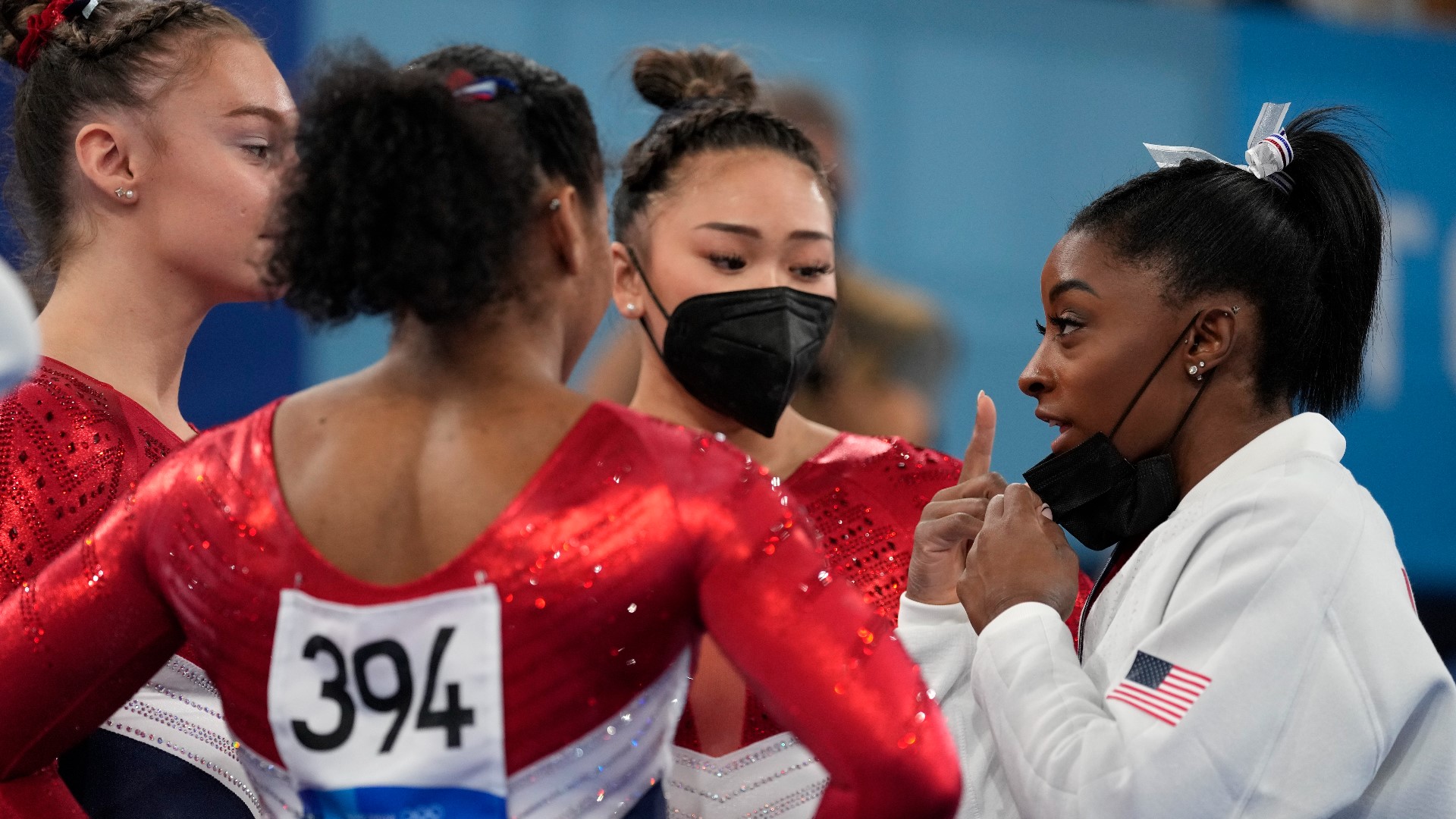 U.S. gymnast Simone Biles on Wednesday expressed gratitude for the support she said she has received since her surprise withdrawal from the women's team final on Tuesday after saying her head wasn't in the right place to compete.

Biles has since gone a step further and announced she will not defend her Olympic gold medal in the individual all-around final Thursday in Tokyo. Jade Carey, who finished ninth in qualifying, will take Biles' place in the all-around.

"The outpouring love & support I’ve received has made me realize I’m more than my accomplishments and gymnastics which I never truly believed before," Biles tweeted Wednesday night.

the outpouring love & support I’ve received has made me realize I’m more than my accomplishments and gymnastics which I never truly believed before. 🤍

Carly Patterson, who won the 2004 women's all-around for the U.S., responded saying she has been proud to watch Biles through the years.

"Your accomplishments will always be yours, & even better than that you have so much life/happy times ahead of you beyond gymnastics, " Patterson tweeted.

I’ve loved watching you over the years, you have a lot to be proud of! Your accomplishments will always be yours, & even better than that you have so much life/happy times ahead of you beyond gymnastics❤️

WHAT HAPPENED: After pulling out of the women's team finals after the vault rotation on Tuesday night, saying she felt she wasn't in the right “headspace," Biles on Wednesday withdrew from Thursday’s all-around competition to focus on her mental well-being.

Jade Carey, who finished ninth in qualifying, will take Biles’ place in the all-around. Carey initially did not qualify because she was the third-ranking American behind Biles and Sunisa Lee. International Gymnastics Federation rules limit countries to two athletes per event in the finals.

WHAT IT MEANS FOR THE ALL-AROUND

The decision opens the door wide open for the all-around, a title that Biles was expected to defend after winning in 2016 at the Rio de Janeiro Olympics. Rebeca Andrade of Brazil finished second to Biles during qualifying, followed by Lee and Russians Angelina Melnikova and Vladislava Urazova. The four were separated by three-tenths of a point on Sunday.

WHAT'S NEXT FOR BILES

USA Gymnastics said Biles will be evaluated daily before deciding if she will participate in next week’s individual events. Biles qualified for the finals on all four apparatuses, something she didn’t even do during her five-medal haul in Rio de Janeiro in 2016.

HOW JADE CAREY GOT HERE

Carey now finds herself in the final, capping a remarkable journey for the 21-year-old from Phoenix. She spent two years traveling the globe in an effort to pile up enough points on the World Cup circuit to earn an individual nominative spot, meaning she would be in the Olympics but technically not be part of the four-woman U.S. team. Carey posted the second-best score on vault and the third-best on floor during qualifying, earning trips to the event finals in the process. Now she finds herself competing for an all-around medal while replacing the athlete considered the greatest of all-time in the sport.