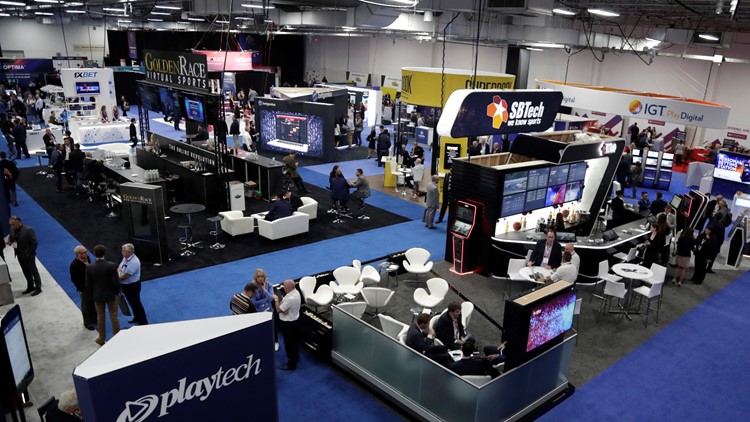 Photo by: AP
This is a general view of exhibitors at the Betting On Sports America conference, Wednesday, April 24, 2019, in Secaucus, N.J. (AP Photo/Julio Cortez)

The figures were released Tuesday, the anniversary of New Jersey's U.S. Supreme Court win clearing the way for all 50 states to offer legal sports betting.

The sports betting money helped New Jersey to an increase of nearly 24 percent in gambling revenue in April compared with a year ago, to over $265 million.

Internet gambling was up nearly 59 percent to $36.5 million.

So far, since sports betting began in New Jersey last June, nearly $2.64 billion has been wagered in the state on sports.