The city is making headway in dealing with deer overpopulation. 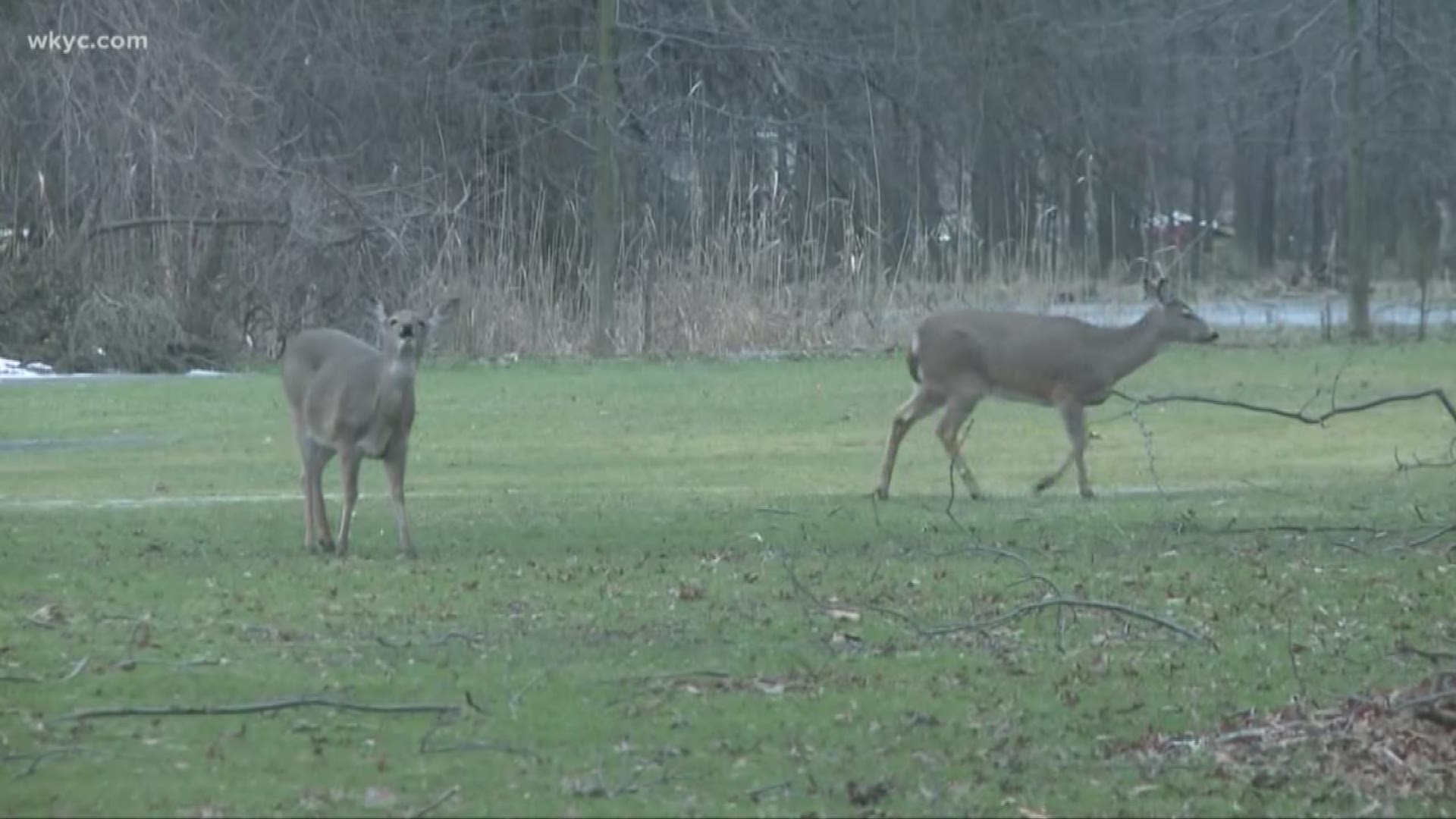 LYNDHURST, Ohio — There's no doubt deer are beautiful creatures. Seeing one in your yard can bring a big smile to your face.

The trouble is, a lot of the time they're not just passing through; they're looking for an easy meal. They can also be aggressive to pets and people, especially when they have fawns. In addition, they can run across roads and damage vehicles, sometimes injuring or killing drivers.

These are all problems related to deer overpopulation. In an effort to control deer numbers, many cities have started culling programs.

"We've been culling since 2016 and it's been up and down", Lyndhurst Mayor Patrick Ward, who represents 14,000 residents in a densely packed community, said.

Mayor Ward and city leaders have been looking into deer control for years, researching with the Ohio Division of Wildlife and talking with other suburban communities on culling programs.

"I have precious few places I can do this, so we surveyed our residents and 67% of them demanded something be done," he continued.

For the first three years of their program, deer were trapped and euthanized by an outside entity. Success was limited, so they made a change.

"This year we transitioned to sharpshooters, our own personnel, on public lands," Ward explained, adding that residents have called with concerns, but he said that they are shooting from elevated positions in tree stands, on city owned land, and doing police business.

The sharpshooters have a few stands on private land, but the property owners have the choice to deny them access. All have said yes to the sharpshooters.

The new program is making a dent: The city petitioned the Ohio Division of Wildlife for 60 deer tags and they've already filled 52. The meat from those deer was processed and sent to local food pantries.

Mayor Ward says he's open to anything as far as non-lethal ways to reduce the deer population, and has had discussions and done research for years. He knows some don't agree with killing the deer, but said, "If you love nature and love wildlife, they have to exist in balance."