Growing popularity of paddle boards and kayaks driving the research. 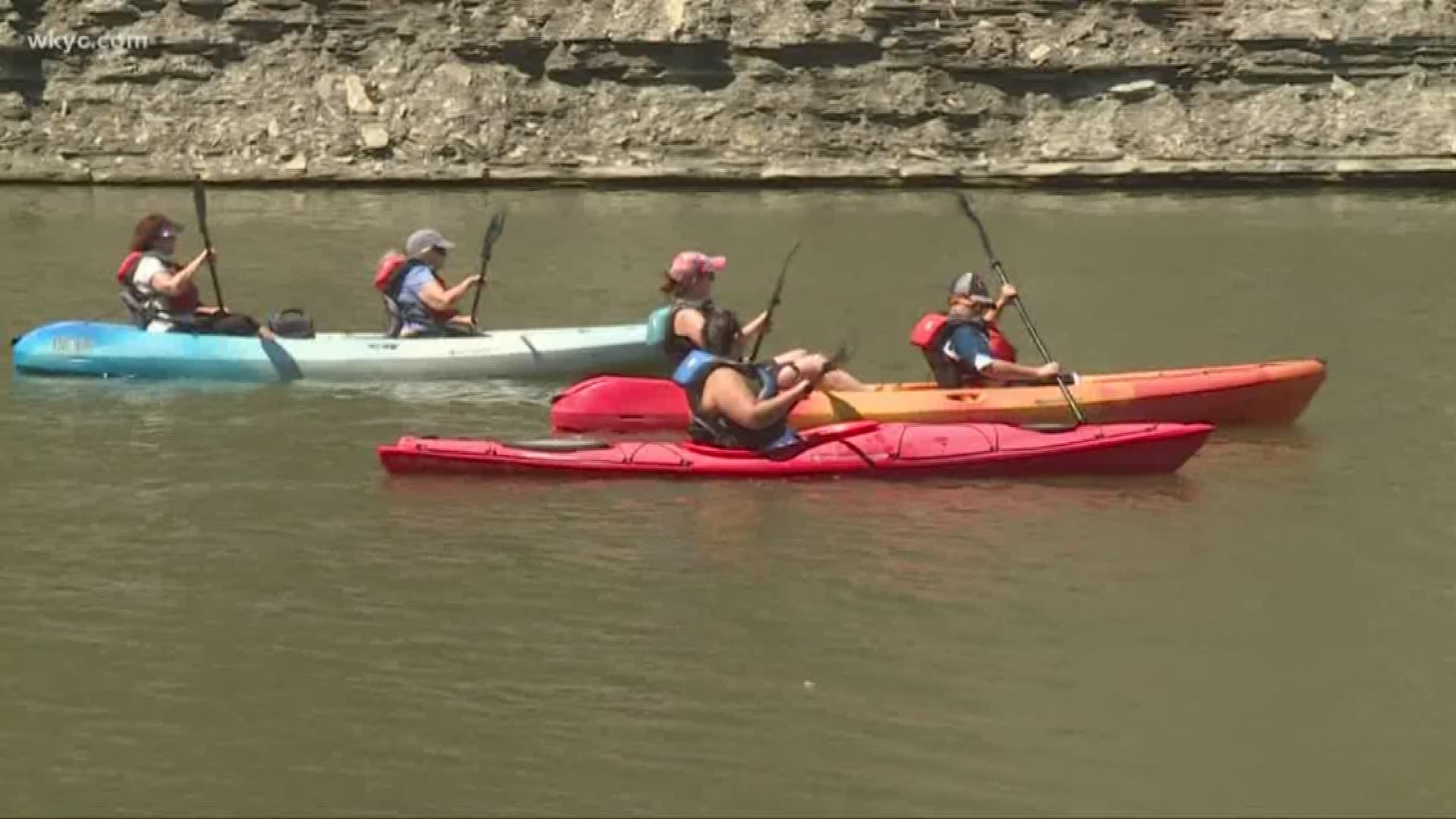 CLEVELAND, Ohio — Sarah Burner has been paddle boarding for years, and has recently seen the waters she paddles get more crowded.

"I see so many people in kayaks or on paddle boards", she said while preparing to float the Rocky River. "They're everywhere."

That's why her eyes lit up when she heard of the Cleveland Metroparks' plan to develop a Lake Erie Water Trail for paddlers.  The trail would mirror several of the state's rivers that have been designated water trails, with a big difference: the lake itself.

"Our water trail is all-access in existing public parks, but the trail is on the water and you can paddle from point to point or just out and back," Kelly Coffman of the Metroparks Planning Department told us.

There are thirteen "stops" on the trail, which goes from Huntington Beach all the way to Sims Park on the East side of Cuyahoga County.  One of the stops is the Emerald Necklace Marina in the Rocky River Reservation. That's where 41 North Kayak Excursions rents paddle boards and kayaks. They are all for the trail.

"Absolutely," Leo Minerd of 41 North said. "One of our missions here is to make sure we are taking advantage of this great resource we have as the lake and making sure everybody's getting the full potential out of it."

But some aren't so sure: Paddle boarder Lynn Carnahan says attracting too many people to the resource may take away from the quiet and solitude she enjoys.

"Part of me wants to keep it serene as it's always been," she explained. "It gets congested, people get in each others face, but I don't know the difference because we haven't seen that yet, so we'll see."

Being on the fence won't keep them off the water. The proposed trail is just for the waters in Cuyahoga County right now, but there is interest in expanding. There's already a water trail in the Western Basin's Lake Erie Shores and Islands and this October, the Cuyahoga River is scheduled to get its water trail designation. With that much water, the possibilities are endless.

"I think the lake is one of our most important assets, and to be able to promote that and get people out there to enjoy it is good for everybody," Coffman said.

Public input is an important part of the planning process for the water trail. The next public meeting is slated for Thursday, August 29th from 6:30-8 p.m. in Rocky River at the Don Umerley Civic Center. Once plans are finalized, the partners will seek official designation through the Ohio Department of Natural Resources.

State designation provides wider awareness of the trail through ODNR’s website, eligibility for funding for signage, and technical assistance. Organizers hope the trail will receive designation and, in the future, link to trails in neighboring lakefront counties. The water trail could eventually stretch all across the Lake Erie shore in Ohio.

ODNR’s statewide water trail program currently recognizes a dozen trails in Ohio, including the recently-designated Lake Erie Islands trail. The program expects the addition of the Cuyahoga River Water Trail, another water trail of regional interest, in the next few months.