DeLong was founded in Akron just after World War II, and the new owners have opened a production facility in Canal Fulton. 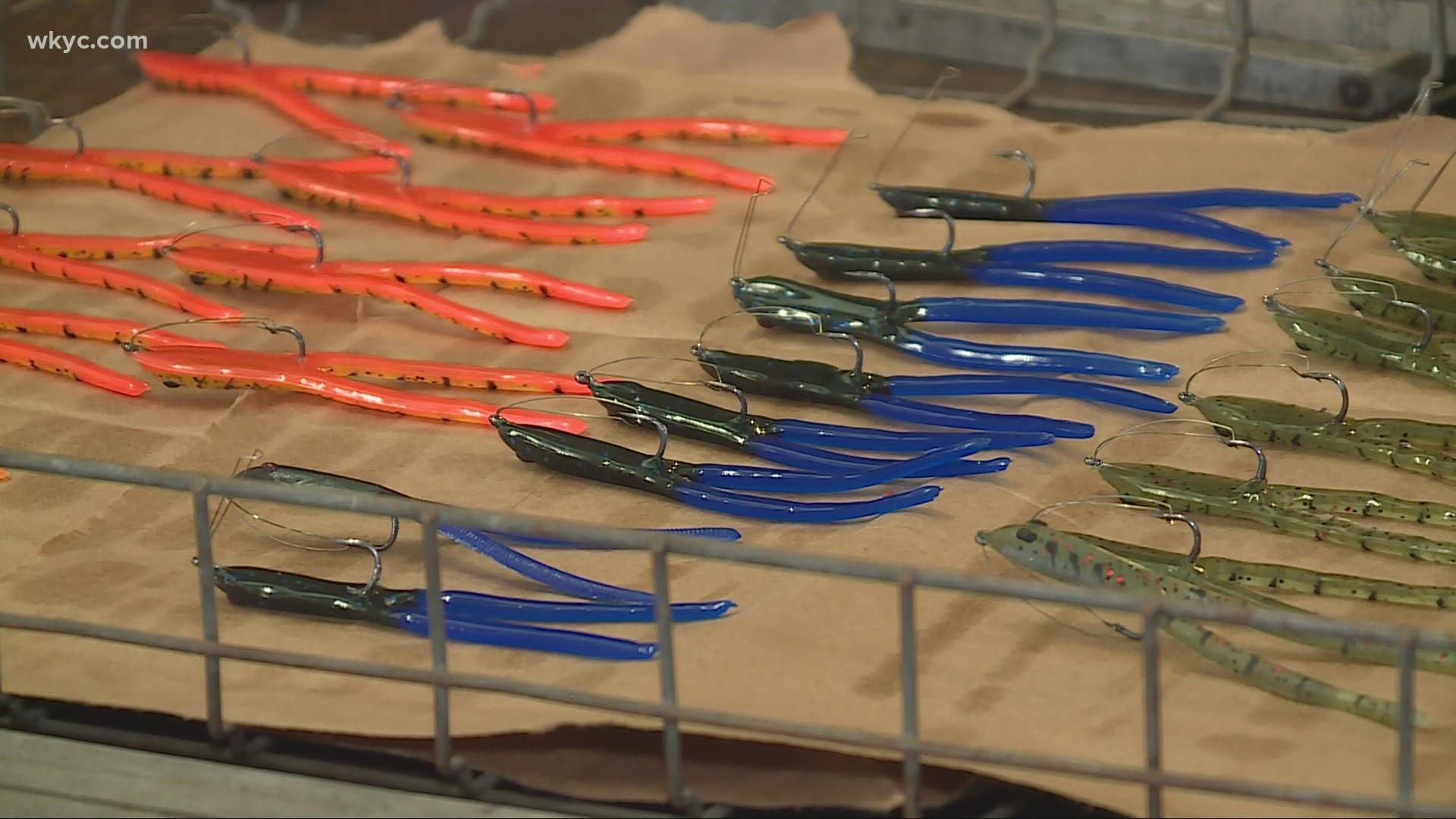 A history Aaron Futrell didn't know about when he and his partners bought DeLong Lures this past May. His smile widens as he talks about his historic business.

"It's like a homecoming!" he gushed. "It's like we brought the company home to where it started."

"This area changed fishing across the world," he said. "This area did that. The Akron, Ohio, area is where fishing really changed in the '40s."

DeLong Lures started in Akron after World War II, when rubber ruled and soft plastics were brand-spanking new. Inventor and entrepreneur David DeLong poured the first rubber worm in the basement of his Akron home in 1946.

Akron was the center of the fishing industry, with names like Pflueger and Fred Arbogast cranking out fishing gear to the world. The Creme family, who also innovated plastic lures, were DeLong's neighbors.

The new DeLong production facility, where the soft plastic baits are hand-poured, is in Canal Fulton. Futrell is excited for the opportunity.

The rainbow of resins they pour into these vintage molds are enough to impress Roy G. Biv. They certainly impress fish.

"The action of it going down in the water, and BAM! this bass grabs it," just as they have done for 80 years.

Reviving this relic of a company may seem a stretch, especially during the pandemic, but Futrell says when opportunity knocks, "you better answer the door, because you never know if it's going to knock again.

"Whether there was a pandemic or not a pandemic, we were going to take this opportunity."

Giving a new generation of anglers a generations-old tacklebox mainstay that changed the way the world fishes.