How safe is it to eat fish from Cuyahoga River and Lake Erie?

The fish of Lake Erie and its tributaries are popular on the dinner table and in our restaurants, but how safe are they to eat? 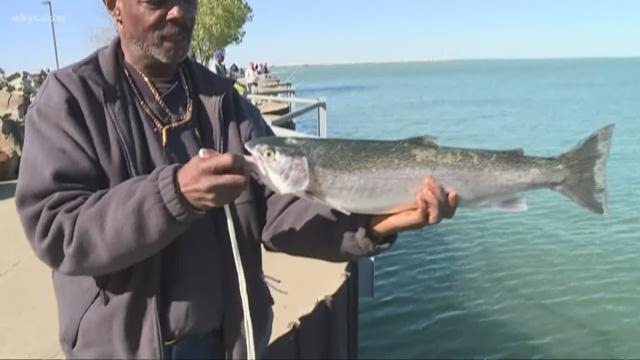 If you spend any time on the banks of the Cuyahoga River or on the Lake Erie shoreline, you're likely to find people fishing.

It's not just a pastime.

Fishing brings over a billion dollars to Ohio's economy, and Lake Erie and its tributaries are a major reason why. Walleye, yellow perch, and steelhead trout are popular on the dinner table and in our restaurants.

As temperatures cool, bait fish will move close to shore and so will some of the tastiest fish that swim, making it a great time of year to stock up your freezer.

But how safe are they to eat?

The Ohio EPA sets guidelines in their Fish Consumption Advisory Report. They've even made a video:

Cleveland Metroparks fisheries biologist Michael Durkalec was on a fish sampling demonstration recently. He fields questions on fish safety on a regular basis.

"They say the average healthy adult can probably eat as many fish as they want with no ill effects, but if you want to be conservative, you can follow those already conservative advisories and you won't have any problems," Durkalec says.

So if you head out on the lake to catch some fish for dinner, don't worry!