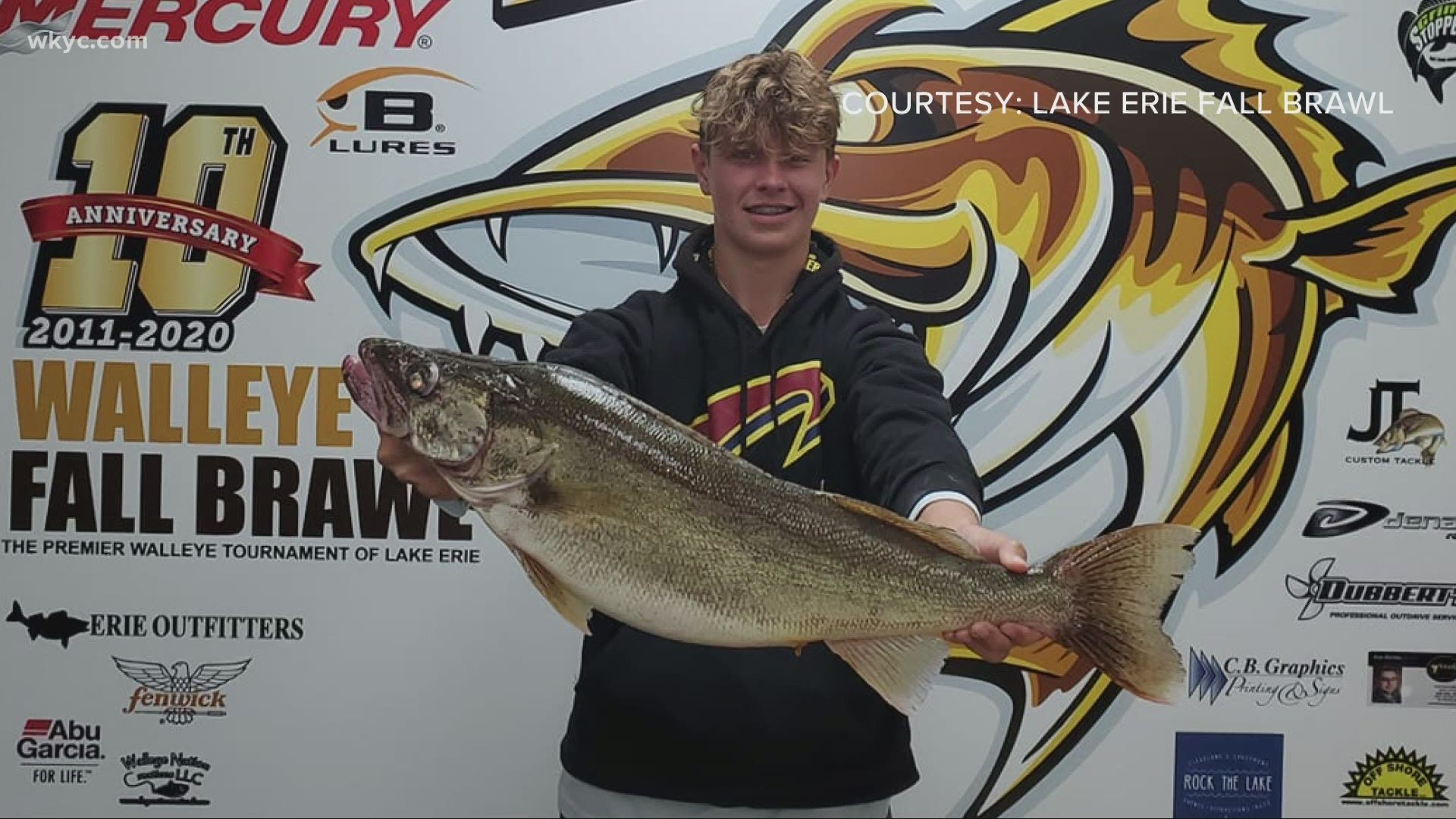 CLEVELAND — Fall brings reds, oranges, and yellows to the trees of Northeast Ohio, but it also brings gold and green.

The gold is in the form of Lake Erie walleye, feeding up for winter. Schools of bait swim towards shore, and the fish aren't far behind. They gorge themselves, adding pounds to make it to spring.

The green is in the form of cash and prizes.

It's the 10th Anniversary of the Lake Erie Fall Brawl, one of the largest low-entry fee events in the Buckeye State. The Brawl, as it is called, had humble beginnings according to organizer Frank Murphy. "It started with a group of guys who wanted to fish in the Fall, who threw a few bucks in a pot," he says.

Now, "Brawlers" number over 12,000 and come to Ohio from 36 states, generating revenue for tackle shops, motels, restaurants, and park districts. The size of the prize pool is the great motivator.

Not bad for one fish.

The tournament has also spawned a Kids Division, given out scholarships, holds food drives, and this year is supporting Wounded Warriors in Action, a non-profit that takes Purple Heart veterans and their families on fishing and hunting trips of a lifetime. They are even raising money for two local animal shelters.

The tournament ends on November 29 at 8 a.m.. To follow results, you can visit the Lake Erie Fall Brawl Facebook page where pictures are posted and the leaderboard is updated regularly.