Ice floes broke off in three separate locations near Sturgeon Bay Thursday, and high winds from an approaching winter storm pushed them away from shore. 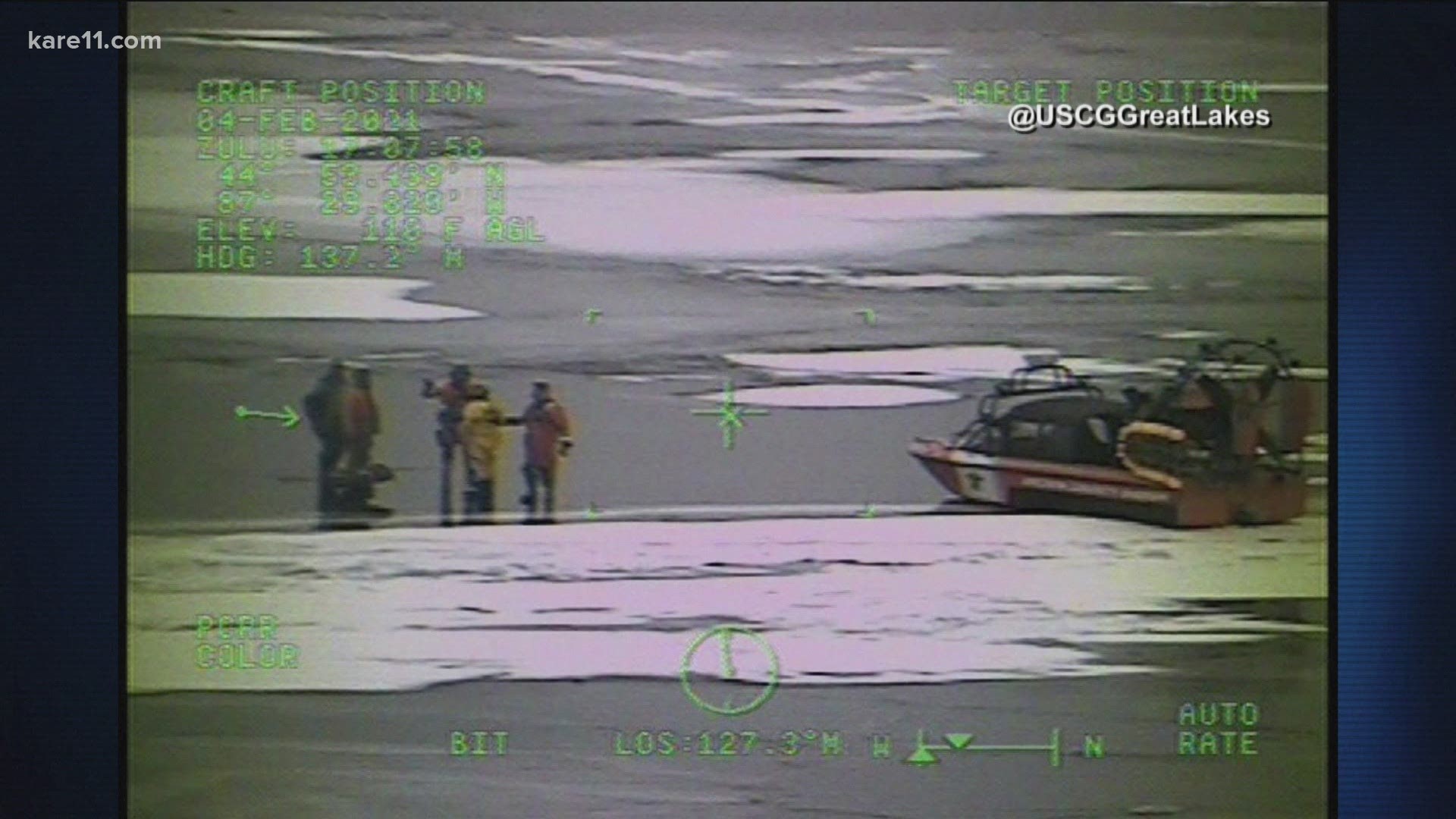 STURGEON BAY, Wis. — More than 60 Wisconsin ice anglers were rescued from the frozen surface of Lake Michigan Thursday when pressure cracks separated the ice they were standing on from shore.

The Door County Sheriff's Office says 66 people were fishing on ice floes that broke off in three different locations near Sturgeon Bay around 9 a.m. The ice had separated from land, was breaking into smaller sections, and high winds were pushing the anglers farther and farther away from land.

It took a rescue team made up of sheriff's deputies, local fire-rescue units and the U.S. Coast Guard about four hours to move everyone to safety using helicopters and air boats.

First responders moved as quickly as they could with the operation, as a winter storm system was approaching.

"As we say in the Coast Guard, there isn't safe, there's just safer ice," Lt. J.G. Phillip Gurtler of the U.S. Coast Guard told Wisconsin Public Radio. "Whenever anybody goes out, they need to make sure to check the weather beforehand, and they really need to check the ice before they go on out there, verify its thickness, and not just its thickness but make sure it's actually good, solid, clear ice."