6 places to watch the 2018 World Cup in Cleveland

Ready to get rowdy? 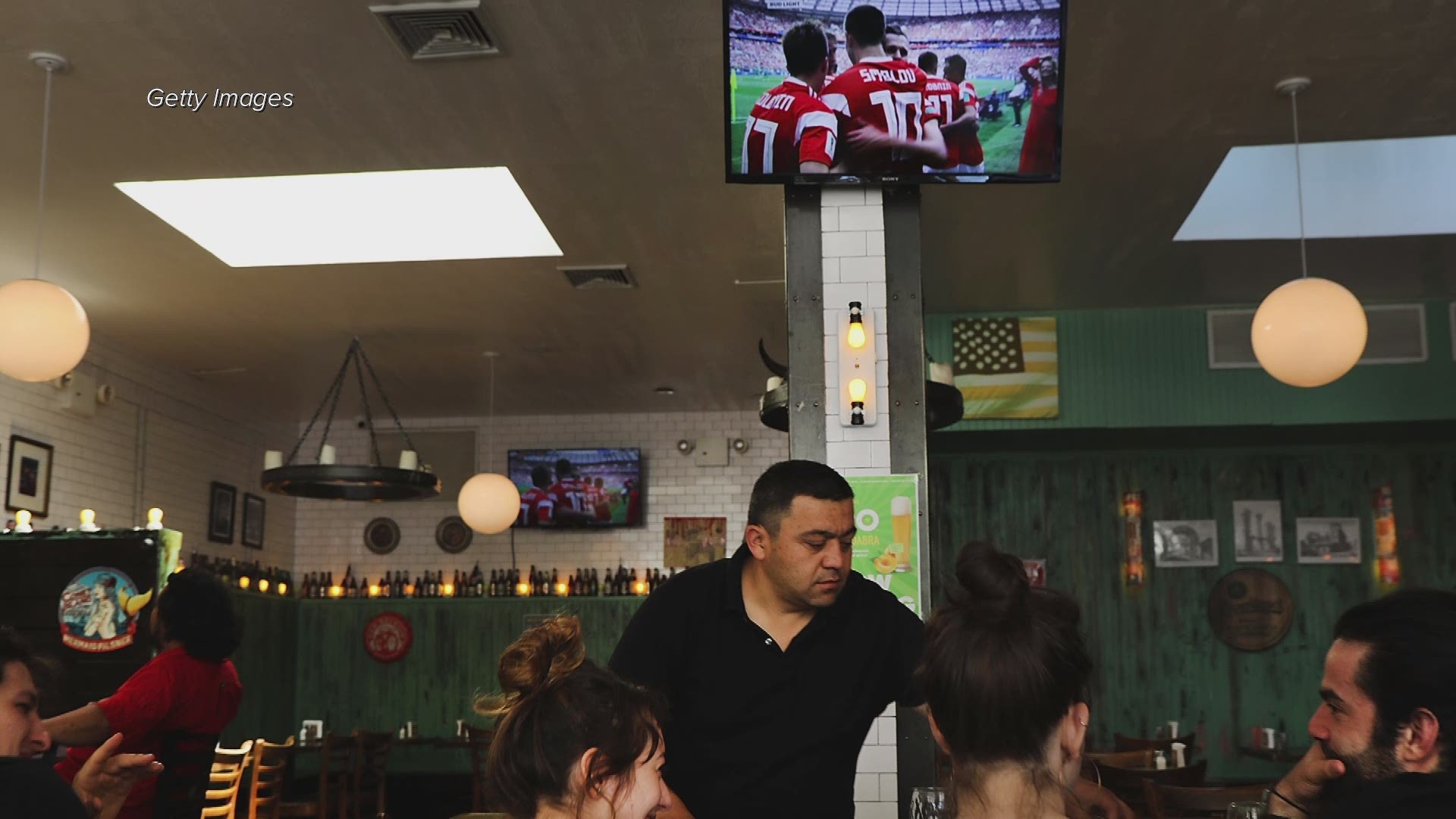 Group play has opened in the 2018 World Cup, meaning all eyes are on soccer's biggest international event.

If you're looking to hang with fellow soccer fans as you watch the games, you're in luck. Northeast Ohio has several soccer bars, home to American Outlaws and casual fans alike. Though Team USA missed out on this one, you don't have to wait until the Cup comes to North America in 2026 to watch soccer's greatest competitors.

MORE | Everything you need to know for the World Cup

Check out our list of six places you can watch the 2018 World Cup in Cleveland.

Flannery's is a downtown destination for soccer viewing. From Champions League to World Cup and USWNT matches, this pub doesn't scoff at soccer. Since you'll likely be visiting the bar in the late morning to early afternoon hours (gotta love that time difference), take note of the lunch specials.

Off to a great start for today’s Ohio City/Near West tour at @hansabrewery! Schwarzbier, Gose and more on tap, and potato pancakes on the table. Prost!

Reigning champ Germany is expected to be another contender this year, and Hansa is the place to hang if you're rooting for the Germans. The brewery also offers a versatile beer list and authentic German-inspired dishes. Schnitzel, anyone?

What a sexy bunch of Gooners! And thank you to new friends in from Las Vegas and Tampa! #COYG

Merry Arts is one of Northeast Ohio's staple soccer bars. It's home to American Outlaws Chapter 28, as well as a gathering ground for the Cleveland Gooners (a devout group of Arsenal fans), meaning you can always find someone who's willing to watch a game with you. Come hungry, because you can also try some of the bar's signature tacos, served starting at 6 p.m. on Mondays and Thursdays.

Noble Beast is one of Cleveland's younger breweries, but that doesn't mean it's a stranger to fun times and good food. The brewery will be showing every game after 11 a.m. on its upper deck, perfect for hanging with friends at the picnic tables.

If you wear a soccer jersey, you can score $1 off house beers during games.

Preparing for tomorrow's game in Cleveland by watching game films of my last performance in Tampa. #goldcup2017 #usmnt#eaglemanandwonderwoman

If you want to check out THE soccer bar in Cleveland, head to Ohio City's Old Angle Tavern. Soccer can be seen on the bar's TV screens any given Sunday... or Saturday... or Friday. It's known for being one of the best bars to watch the English Premiere League.

The bar will be open for all World Cup matches. It's also a big supporter of Cleveland SC, Cleveland's National Premier Soccer League expansion team. The bar even has a shuttle to Cleveland SC matches, so you know it's devoted to the game.

AMAZING. The #SavetheCrew movement in #Cleveland. 💛🖤

Hang out with fellow fans at this authentic Irish bar in Kamm's Corners. The pub's offering $2 bottles and glass specials during the World Cup, and it won't be hard to find some hearty food to fill your stomach to accompany those beers.