Cleveland Browns owner Jimmy Haslam is a part of a group seeking to purchase the Columbus Crew, keeping the MLS soccer club in Central Ohio. 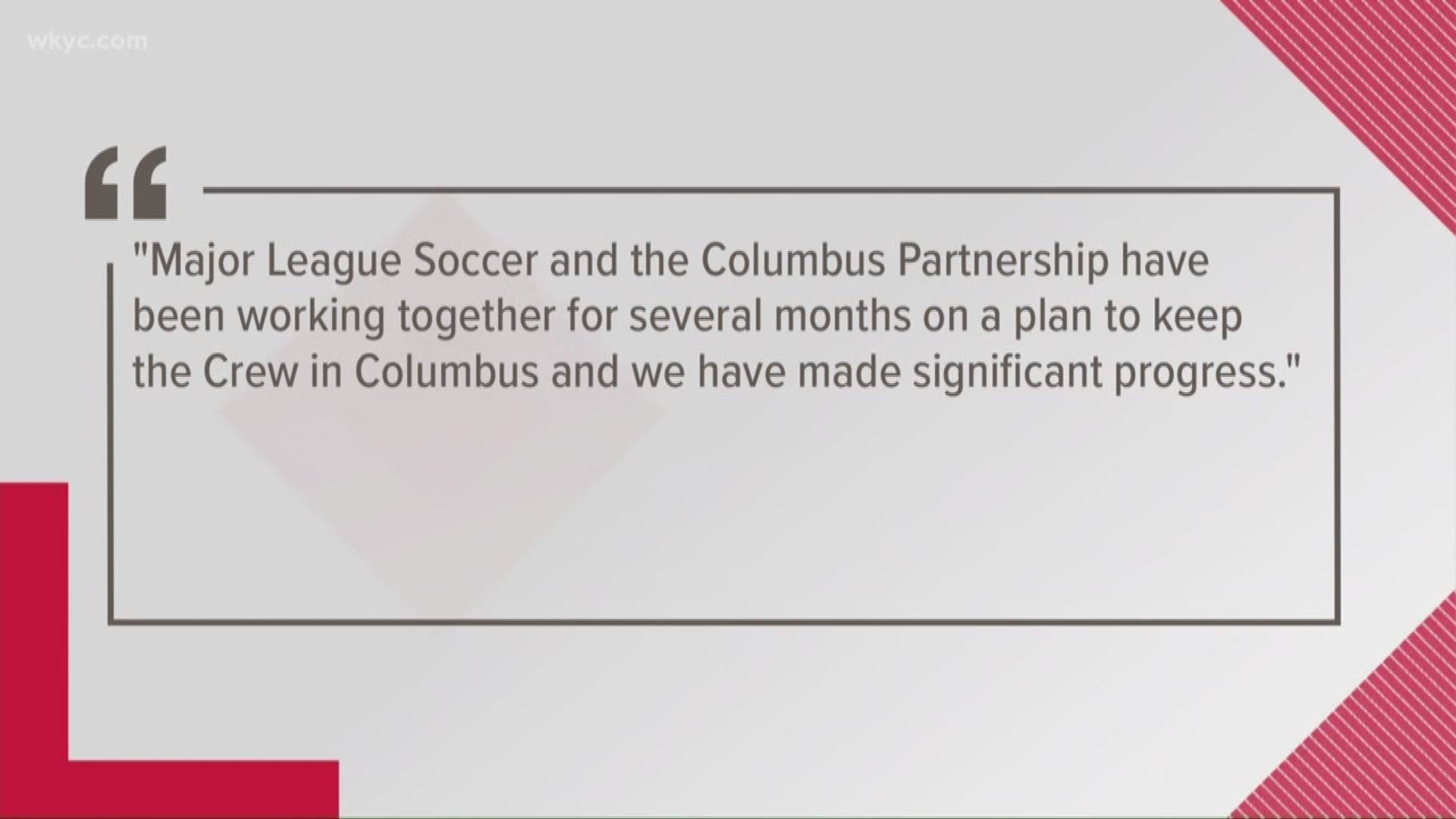 It appears Columbus will keep its professional soccer team, and Ohio's capital city could have Cleveland Browns owner Jimmy Haslam to thank.

On Friday, Major League Soccer and the Columbus Partnership released a statement announcing Haslam has teamed up with a Columbus-based investor group led by Pete Edwards, Jr. which is moving toward purchasing the Crew from Anthony Precourt. News of the deal was first reported by Ian Thomas of the Sports Business Daily.

“We value and appreciate the benefits a professional sports franchise can bring to a community and are hopeful to be part of the solution to keep the Crew in Columbus. We would invest in a strong infrastructure within the Crew organization so that we can continue our focus and commitment to building a winning Cleveland Browns football team in Northeast Ohio. We look forward to seeing how this process evolves.”

A year ago, Precourt announced his intention to move the Crew to Austin, Texas, in 2019, sparking the #SaveTheCrew movement from fans hoping to keep the team in Columbus. According to MLS, it will continue to pursue a Precourt-owned team in Austin, while the Crew remains in Columbus.

Per Thomas, work is being already being done for the Crew's new ownership to secure a new stadium and site. Precourt, meanwhile, has received the rights to operate an MLS team in Austin.

In a twist of irony, the Browns' departure from Cleveland in 1996 helped keep the Crew's stay in Columbus possible, as Ohio's "Art Modell Law" -- named after the former Browns owner who moved the team to Baltimore in 1996 -- requires any professional sports team that plays most of its home games in a tax-supported stadium to either enter an agreement with the political subdivision in which the tax-supported stadium is located that permits the team to move or give the subdivision at least six months notice, granting the subdivision the opportunity to purchase the team.

"Major League Soccer and the Columbus Partnership have been working together for several months on a plan to keep the Crew in Columbus and we have made significant progress. Recently, the Haslam Family – along with the Columbus-based Edwards Family, have joined the effort to keep the Crew in Columbus. MLS, the Columbus Partnership and the investor group all agree that for the Club to be successful, it requires strong local owners, long-term corporate support, a strong season ticket base and long-term plans for a stadium, practice facilities and associated sites. MLS is committed to keeping the Crew in Columbus should we continue to make progress on these critical components and agree to key terms with the investor group."

Ohio Attorney General Mike DeWine, the Republican nominee for governor who filed a state lawsuit back in March to keep the Crew in Columbus, also chimed in:

"Today is a great day for Crew fans, and this is outstanding news for all of Columbus! I am proud of the work our legal team has done in ensuring Ohio’s laws are followed and the door has been kept open to productive negotiations. Our community has invested in this team and deserves the opportunity to keep the black and gold right here, where they belong. I appreciate the efforts of the Haslam and Edwards families, and the Columbus Partnership for their work, and I will continue pursuing the case in court until there is a final deal. Columbus’s long history as the home of U.S. soccer continues. Central Ohio is not only home to the country’s first professional soccer team and the first soccer-specific stadium; it is also home to the fans that #SavedTheCrew. The dedication, loyalty, and heart of fans shows that the Crew SC community is truly 'America’s hardest working team.' I look forward to watching a future match of Crew SC and FC Cincinnati!"

Jimmy Haslam, who purchased the Browns from Randy Lerner in 2012, has been a polarizing figure in his tenure as team owner. Under his watch, the Browns have amassed a 17-69-1 record dating back to the 2013 season.

Additionally, Haslam found himself investigated by the federal government as the result of a scheme in which his company, Pilot Flying J, cheated customers out of promised rebates and discounts. Although Haslam was never charged, his company accepted responsibility for the criminal conduct of its employees and paid a $92 million fine.