Cleveland Browns owners Jimmy and Dee Haslam are a part of the ownership group keeping the Columbus Crew SC in Ohio's capital city. 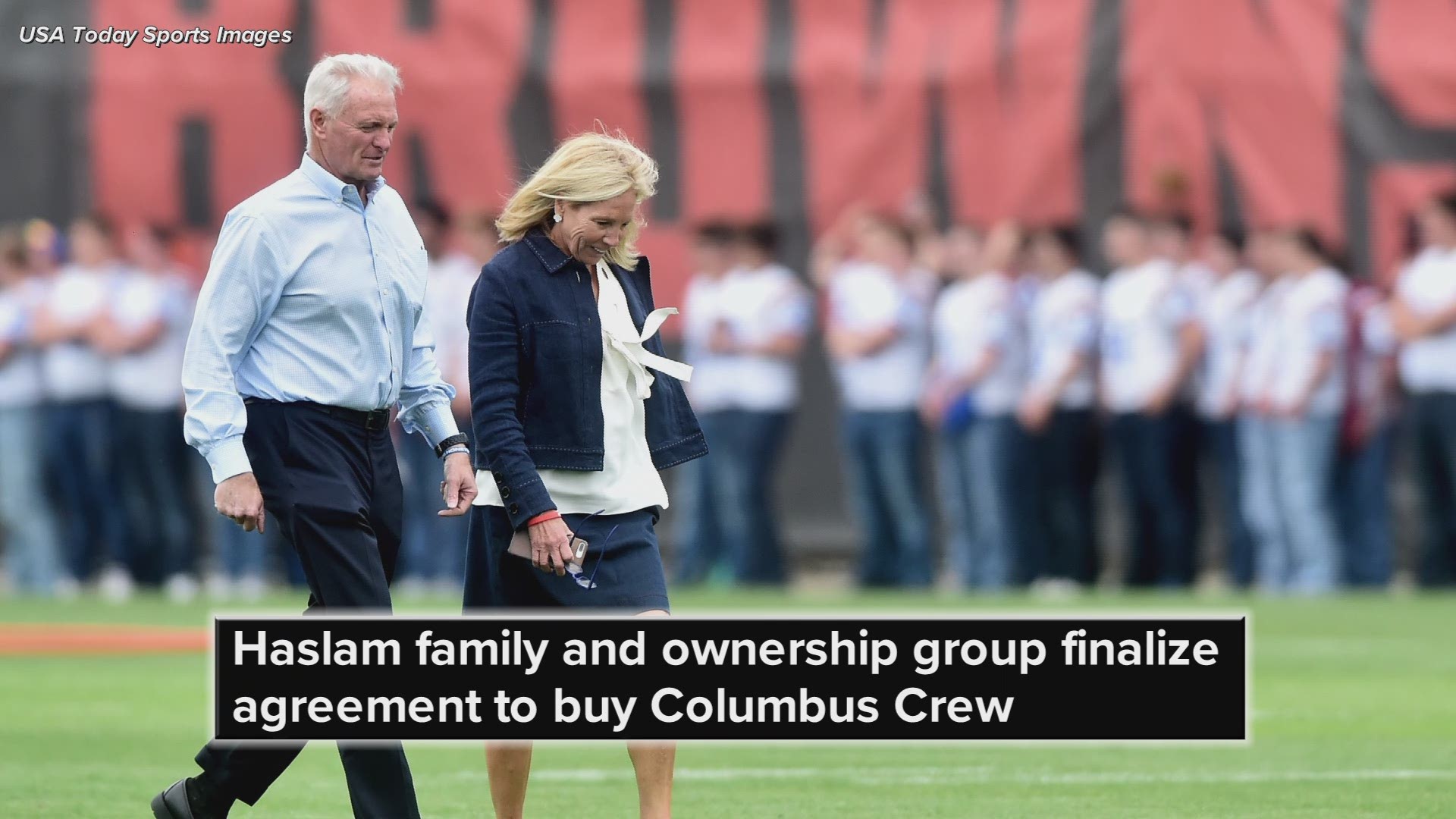 In October, it was revealed that Cleveland Browns owners Jimmy and Dee Haslam were a part of an ownership group moving toward a deal to purchase the Columbus Crew.

Nearly two months later, Major League Soccer announced that an agreement in principle had been reached to complete the deal.

Teaming with Columbus physician Dr. Pete Edwards, the Haslams' new ownership group will assume operating control of the Crew in a deal that will keep the 22-year-old franchise in Ohio's capital city. The deal includes a proposal for a new stadium complex in Columbus' downtown Arena District, which was introduced to city officials earlier this month.

“When we began exploring the possibility of keeping Crew SC in Columbus, the process started with an appreciation for the benefits a professional sports franchise brings to a region. We quickly began positive discussions with Major League Soccer - the League Office and many of the League’s owners," the Haslam's and Edwards said in a statement.

“We are extremely grateful for the efforts of the Columbus community, as well as Crew SC fans, to help us efficiently complete and fulfill the requirements and deadlines set by Major League Soccer that will help ensure the success of Crew SC on and off the field."

Earlier on Friday, Columbus and the state of Ohio dismissed their lawsuit against former Crew owner Anthony Precourt and the MLS, which cited the 'Art Modell Law,' named after the former Browns owner who moved the team to Baltimore. In October 2017, Precourt announced his intentions to move the Crew to Austin, Texas, sparking a movement to keep the team in Columbus known as #SaveTheCrew.

Rather than moving the team, Precourt has instead been granted an expansion franchise in Austin, with the Haslam's and Edwards' ownership group keeping the Crew in Columbus.

“Throughout our conversations, it’s been overwhelmingly clear that Crew SC belongs in Columbus, and we are thrilled to have reached an agreement in principle to assume an ownership position in Major League Soccer and to operate Columbus Crew SC," the ownership group said. "As the stewards of Crew SC, we will always be focused on building a championship caliber team that makes the city proud, creating dynamic and memorable fan experiences and deeply engaging the community to make a positive impact.”