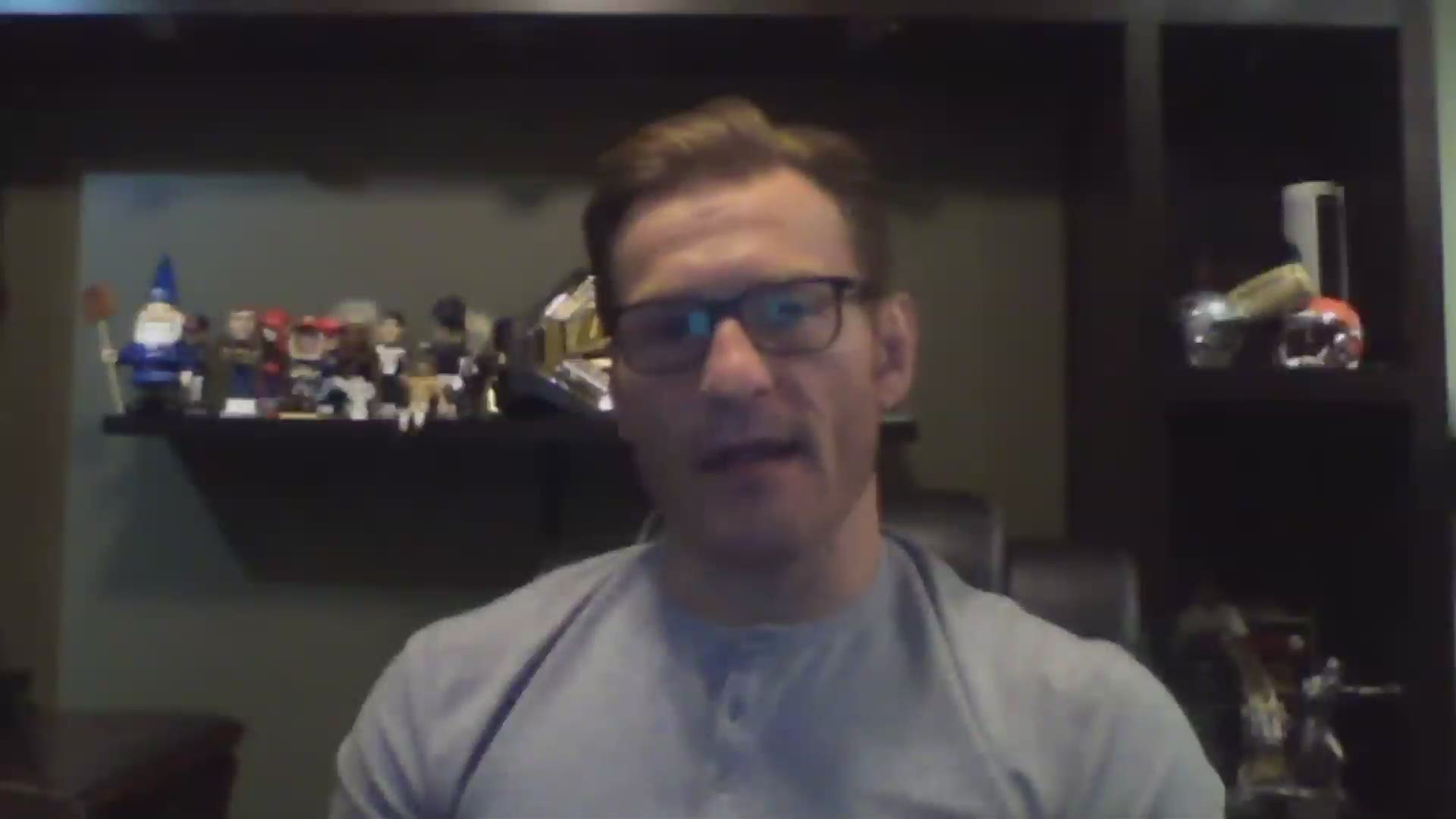 It's one thing to train for arguably the most storied heavyweight trilogy fight in UFC history. It's another to do so during a global pandemic.

But as Stipe Miocic prepares to defend his UFC Heavyweight Championship against Daniel Cormier at UFC 252 on Aug. 15, that's exactly the predicament the Euclid native finds himself in. On Wednesday, 3News' Jim Donovan caught up with Miocic to discuss the unique nature of training for his upcoming highly anticipated fight.

"It's been going great honestly. I've been very lucky with everything we have. The one thing I never ever wanted to do was put a gym in my house and I put a gym in my basement," Miocic said. "It's not massive, but it's a good size ... I have a pool too and have been doing great pool workouts. I've been going to the gym twice a week, three times a week for sparring. It's been great."

The UFC 252 trilogy bout has been a year in the making, dating back to Miocic's win over Cormier to recapture the heavyweight championship at UFC 241 last August. After Miocic spent time recovering from an eye injury, the coronavirus (COVID-19) pandemic created buzz that a second rematch might not even happen. In May, UFC president Dana White even went as far as to threaten to strip the title off Miocic, who had been unable to train with gyms in Ohio closed.

Through it all, Miocic was adamant who wanted to fight Cormier, who originally defeated him for the UFC heavyweight title at UFC 226 in 2018. Speaking to Donovan, the record-holder for the most UFC heavyweight championship defenses said that he knew the fight would happen all along.

"Every state was different. The state of Ohio was pretty much shut down. You really couldn't do anything. I don't know what people were crying about. It is what it is. You can't make everyone happy I guess. That's something I've learned. It was going to happen. I just didn't know when. Here we are now, two-and-a-half weeks out, so I'm excited. I wish [the fight] was now. I wish it was Saturday."

You can see Miocic's full conversation with Jim Donovan in the video below.