Stipe Miocic: I'm going to bring it to Daniel Cormier in UFC 241 rematch

Cleveland native Stipe Miocic will compete for the UFC heavyweight championship against Daniel Cormier in the main event of UFC 241 in Anaheim tonight. 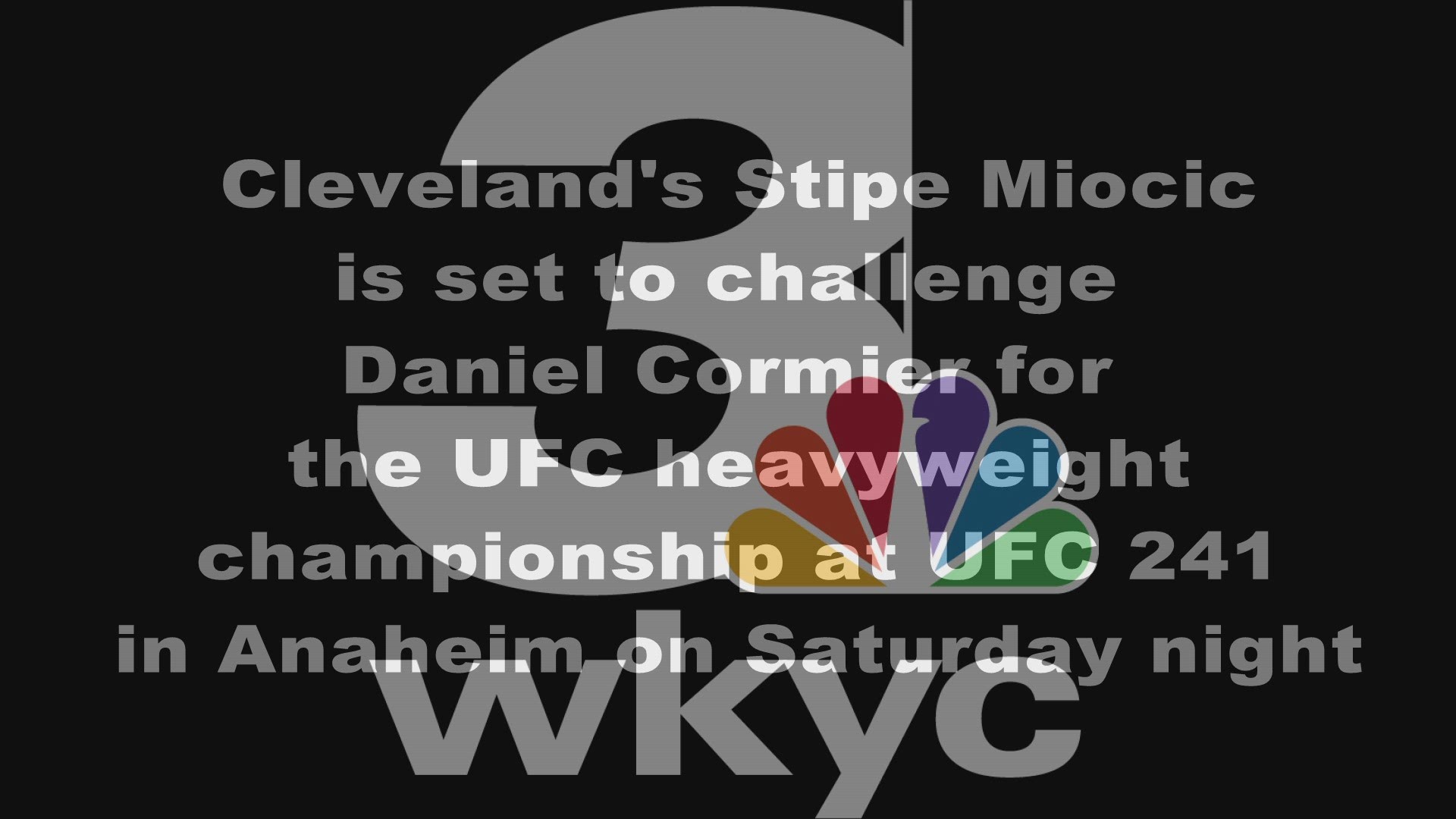 Having already returned the favor with one of his previous opponents, Miocic will look to regain the championship he lost in Las Vegas last July in a rematch with Daniel Cormier in the main event of UFC 241 at the Honda Center in Anaheim, California on Saturday night.

Back in 2014, Miocic was an up-and-coming fighter in the UFC heavyweight division and was given a step up in competition against former champion Junior dos Santos, but after a five-round slugfest, the Cleveland native lost via unanimous decision.

Fast-forward more than two years later, and Miocic earned a measure of payback against dos Santos when he avenged one of only two losses on his professional record at the time when he successfully defended the heavyweight championship with a knockout at the 2:24 mark of the first round in the main event of UFC 211 at the American Airlines Center in Dallas, Texas on May 13, 2017.

Miocic finished off the victory when he backed up dos Santos against the cage and floored him with a right hand to the head. When dos Santos fell, Miocic pounced at the opportunity to finish the fight and fired off more than a dozen left-handed punches through the guard, which forced referee Herb Dean to jump in and call a stop to the bout.

Much like the dos Santos fight, Miocic wants to avenge the loss to Cormier.

“I’m a better fighter than him,” Miocic said. “In every aspect of the game, I was a better fighter. I was faster, stronger, more conditioned. It happens. It’s the sport. We wear small gloves, and anything can happen.”

The record-holder for the most consecutive successful defenses of the UFC heavyweight championship, Miocic is 18-3-0 in his professional career heading into the Cormier rematch, including a 12-3 mark since joining the preeminent mixed martial arts organization.

Cormier is 22-1 with one no-contest in 24 professional bouts. The one no-contest was originally a knockout loss at the hands of Jon Jones in July of 2017, but a failed test gave the UFC light-heavyweight championship back to Cormier and set him on a path for a return to the heavyweight division.

“I’m going to show everyone that I’m the better fighter. That night was his night, and it will never happen again. He definitely won the lottery that night. Listen, I’m going to go out there and do me and I’m going to walk out with the belt.”