'We will always be part of Buckeye Nation': Urban Meyer discusses keeping Columbus roots while heading to NFL

After two years removed from coaching, Urban Meyer is returning to the sidelines, but this time it’s in a new territory: The National Football League.

The former Ohio State coach has a lengthy record in the collegiate ranks. In his five stops, he has amassed 187 wins with seven conference championships and three national titles.

After stepping down from the Buckeyes, Meyer stayed with the university as an assistant athletic director and worked as an analyst for Fox Sports, appearing on the Big Noon Kickoff pre-game show.

In those two seasons, Meyer’s name continually came up as a possible head coach at other schools, but he said that was never an option.

“A couple of college opportunities showed up…never got even close to that. I can't see myself recruiting against the Buckeyes again,” he said.

It was an offer and opportunity from the Jacksonville Jaguars though that would bring Meyer back to coaching. He was announced as the team’s seventh head coach on January 14.

Meyer said it was a hard decision to come back to coaching but the NFL has always intrigued him and the situation had to be exactly right.

“I did (miss coaching). I actually enjoyed being away from it for a little bit too. It's very rare in life you get to take a deep breath," he said. "Certain things I didn't miss about it.”

One of those things is recruiting. Meyer says recruiting has become a 24/7 job and while he doesn’t agree with it, that’s the reality now.

Another factor for Meyer to consider was his health. In 2010, Meyer resigned from coaching Florida after dealing with some issues.

When Meyer stepped down at Ohio State, he revealed he had dealt with a cyst in his brain, even requiring surgery in 2014.

Meyer said there is no medicine for his issues, just preventative care. But the coach says things will be different in Jacksonville with the stress he puts on himself.

While he’ll be the head coach, he said he won’t be coaching certain things has he did before like coordinating special teams and running all over the field.

“I'm going to hire a great staff. I'm going to build a culture, build a team. So, I just got to be real smart,” he said.

Building a team and culture is in Meyer’s blood. At every school he’s coached, he’s done just that by winning games followed by championships.

“I remember taking over Bowling Green who was 1-10, Utah that was 5-7, Florida was several average years and Ohio State was 6-7. I like to build and this is the ultimate building challenge,” he said.

With that, Meyer already understands what awaits him in Jacksonville. The Jaguars finished last season 1-15.

“This is a rebuild. (Jacksonville) is a great city. I appreciate the owner. I have a lot of respect for the owner. We hired an excellent GM. I wouldn't have taken the job if I didn't think we could win,” Meyer said.

One of the things Meyer will seem to have to adjust to are losses. In his seventeen years of coaching in college, he averaged just over one loss a year.

“I still look back and I can't hardly remember the wins, you remember those darn losses. I'm almost training myself that it will happen. To say I'm going to enjoy it to not despise losing, I absolutely despise it, that will never change,” Meyer said.

Meyer says he’s not trying to think too far ahead as he’s trying to finish piecing together his coaching staff. Additionally, the franchise has a big decision to make come April, as they hold the top pick in the draft.

He said this is a transformational moment for the organization where the Jaguars are projected to go after a quarterback such as Trevor Lawrence from Clemson or one someone Meyer, and Buckeye Nation, may be partial to: Ohio State’s Justin Fields.

“People would always say 'the NFL is a quarterback league.' My comment is so is college, so is high school, so is junior high and so is pee wee football. It's a quarterback sport. This selection is going to be the biggest selection I've been involved with in my career,” he said.

The coach said he’s not anxious just yet for that first game in the NFL. He’s focused on doing what’s right for his new team.

“As I promised Columbus, now we're going to promise Jacksonville, we're going to try to do the very best we can. So, when you sit in that stadium, you can watch something you're very proud of,” he said.

And though the Ohio native is once again heading for Florida, Meyer says his family will keep a place in Columbus adding, “I'm Muirfield forever.”

Meyer said he will keep his restaurant at Bridge Park in Dublin and he is getting ready to open a steak house in the Short North.

“We love this community. We will always be part of Buckeye Nation and the Columbus community,” he said. 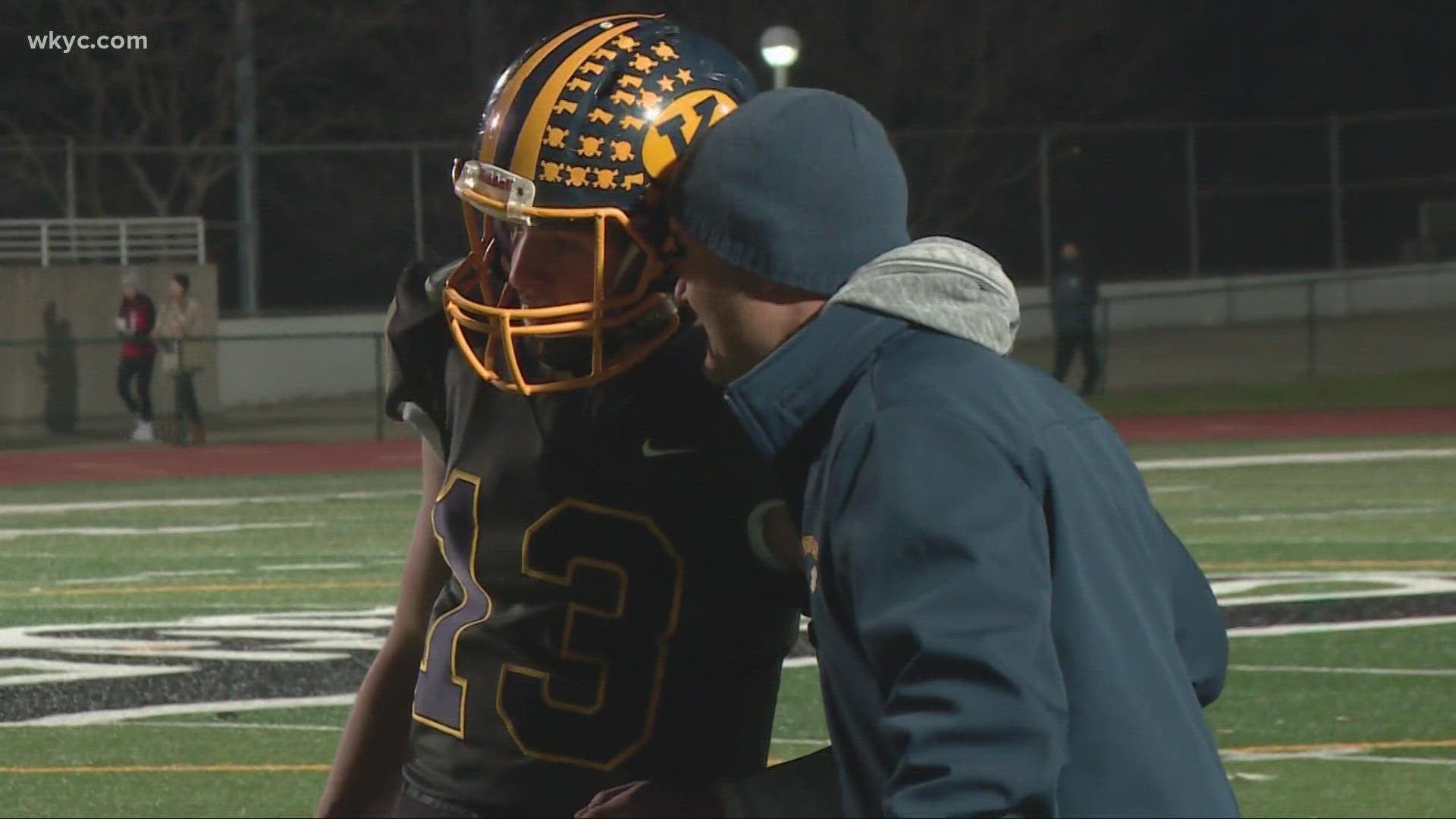