After losing his own POW dad, this restaurant owner carried on a family legacy of honoring vets

An annual dinner for prisoners of war was Nguyen Van Thoi's way of giving back. When the legacy was passed down to his son, Richard decided to honor veterans and first responders in his own way. 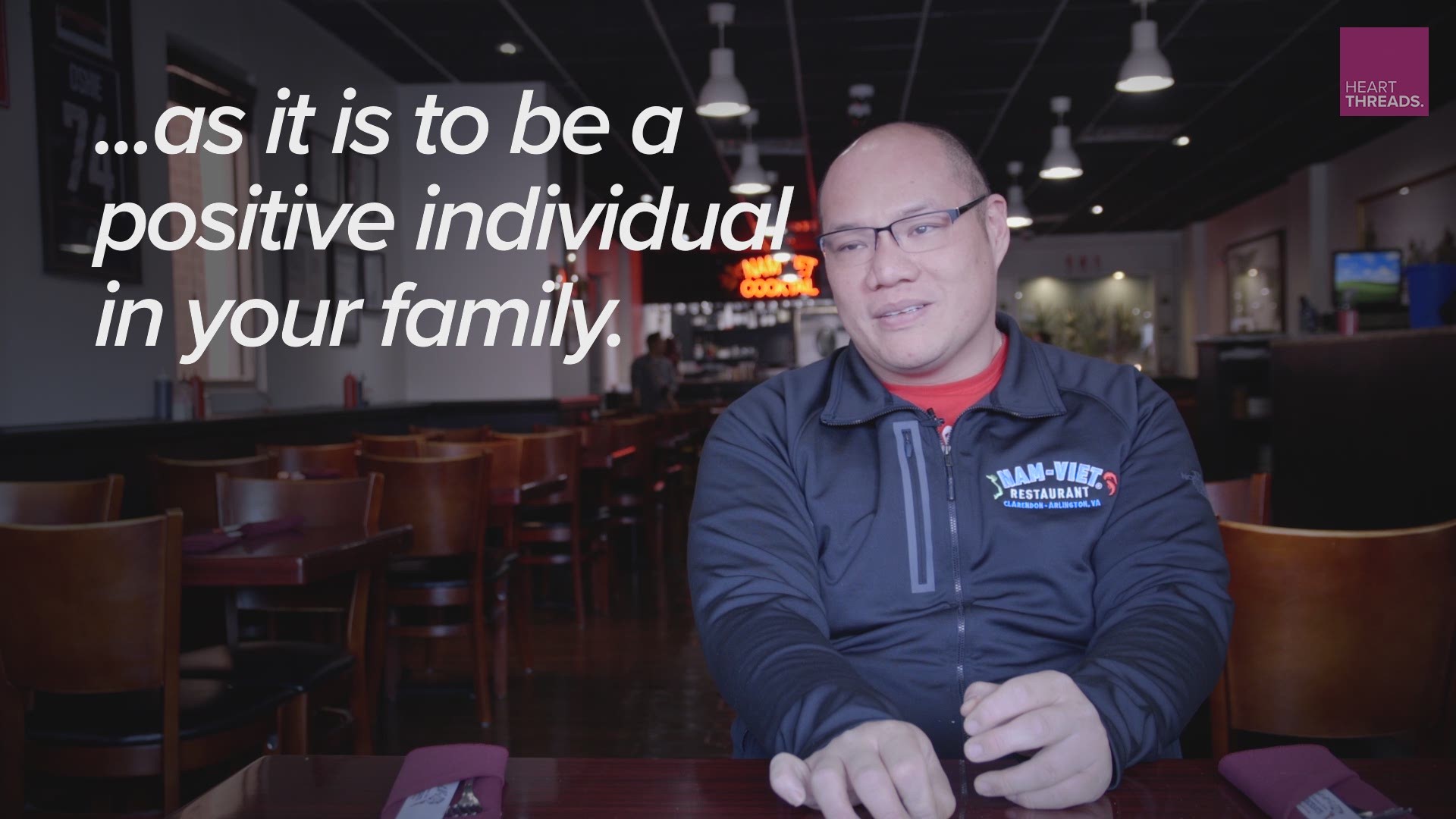 ARLINGTON, Va. — ARLINGTON, VA – When you enter Nam Viet, a Vietnamese restaurant on the outskirts of Arlington, the smell of traditional Vietnamese spices, handmade noodles and made-to-order spring rolls engulfs you.

This enticing fragrance will make anyone’s mouth water, but to one group of men, it has served as a life-long comfort.

Since 1986, these men have traveled near and far to share a very special annual dinner together. Among their ranks have been the late Senator John McCain and his friend and past prison cell mate, former Federal Trade Commissioner Orson Swindle. These men are bonded by a traumatic and unique experience: being prisoners of war during the Vietnam War.

The choice of a Vietnamese restaurant for veterans who were involuntarily captured and held in the country may seem odd, but it all made sense when the restaurant’s owner, Nguyen Van Thoi, rounded the corner with steaming pho, Vietnamese noodle soup, in hand.

Nguyen Van Thoi founded Nam Viet and was also involved in the war. He served as a translator for American forces before being imprisoned within his own country of Vietnam. In 1979, he escaped as a refugee to the United States where he opened a restaurant.

Seven years later, Swindle entered Nguyen’s business to see if he could host the special dinner for former prisoners of war. When Orson and Nguyen bonded over their shared experiences, the dinner seemed fated to be hosted at Nam Viet.

“It’s therapeutic to them,” said Nguyen’s son, Richard Nguyen. “It’s humbling because you never see a group of men in their 60s and 70s reconvene and talk about times in their late teens and 20s serving, fighting wars overseas and coming back here and meeting each other.”

But as the years ticked on and old age reared its ugly head, many dinner guests were unable to travel or passed away – including Nguyen due to congestive heart failure. The restaurant’s legacy and the annual dinner were placed in Richard’s hands.

“Being from an Asian family, if there was a tradition that had to be carried out, to us it’s always humbling to do that,” said Richard. “[But] there are some days you wake up and it’s like, ‘Man, what if the weight of the legacy crushes me?’”

With the dinner dwindling, Richard decided to find another way to carry the honor and tradition his father engrained in him – and pass these teachings to his nieces and nephews.

“You can take them to Disney, you can take them on trips, but the lessons of humility and being a nice individual to the community is going to weigh more on their lifetime,” said Richard.

Like his father, Richard wanted to honor those serving both the country and community. So, he and the youngest members of his family brought Nam Viet’s signature, mouthwatering smell outside of the restaurant by serving meals to hospital workers and first responders on Christmas Eve 2018.

Serving meals to those who serve is a Nam Viet tradition, but to Richard, it’s also a way of life.