Mother shares her journey with grief after losing sextuplets

When complications caused Heather to lose all six of her babies, she took years to grieve. 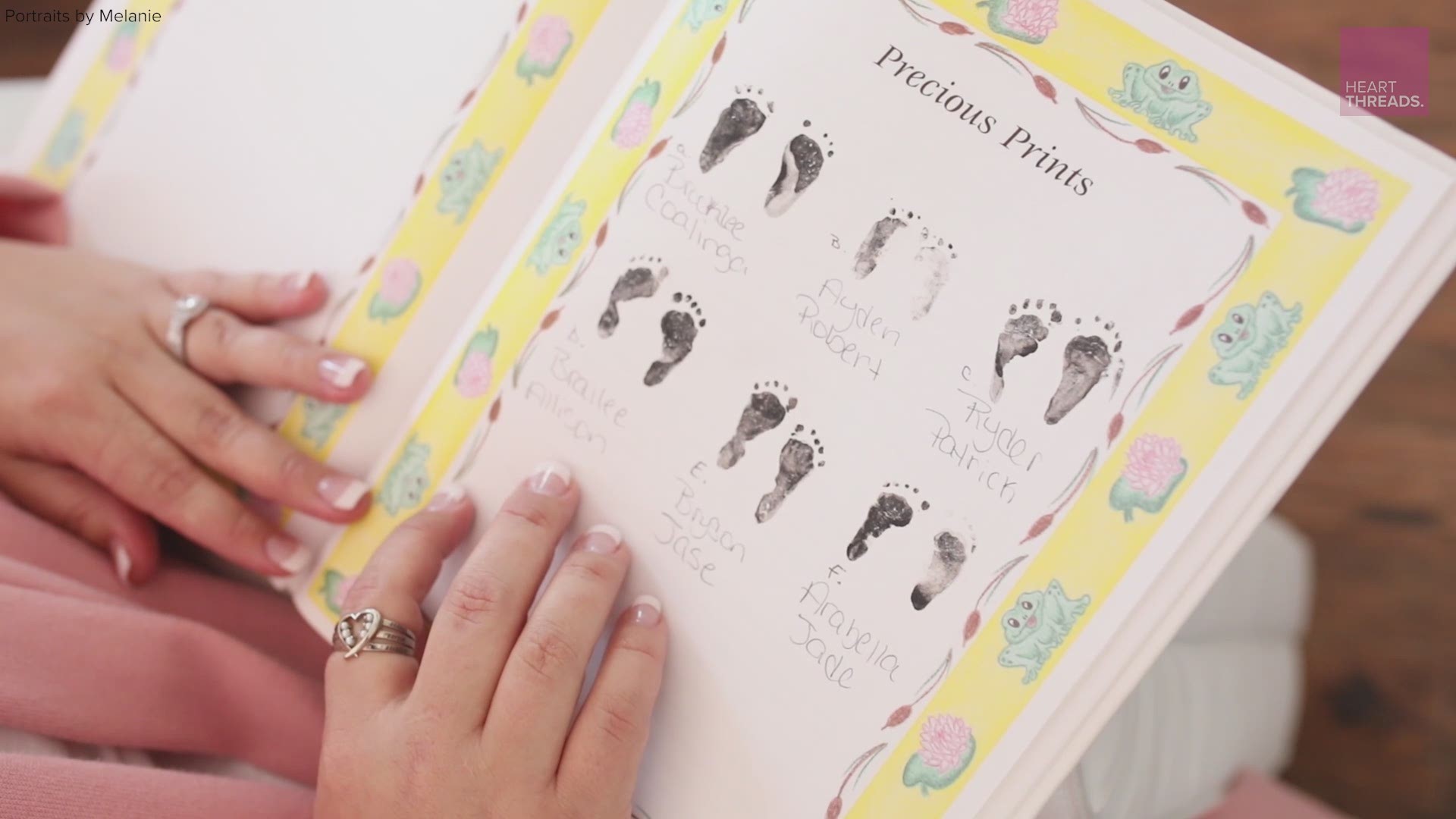 Rather than clothes or toys for her children, Heather needed time. 25 weeks to be specific.

In March of 2006, Heather and Robert Dornan were thrilled to find out they were expecting. They had bonded early in their relationship over a shared desire to have a family. But during their first ultrasound, their lives were forever changed.

“[The doctor] started paging other doctors to come in and said, ‘Do you see how many are here?’ And I’m thinking three and he said, ‘No. Count them with me,’” recalled Heather.

Heather has polycystic ovary syndrome, known as PCOS, which can cause the release of more than one egg during menstruation. Between PCOS and twins running in her family, Heather knew there could be a chance of twins or triplets. She never dreamed of sextuplets.

“I was just in utter shock,” said Heather.

Heather was initially pregnant with seven babies, but at week 10 one did not survive. With likely complications (maybe something like this), Doctors told Heather the best chance of survival for the remaining six children would be if she could carry them for at least 25 weeks.

Each day felt agonizingly long as she checked it off the calendar. But as the days turned into weeks, she began to understand the miracle of motherhood.

“It was really miraculous,” said Heather. “I was getting to know them, even though there were so many. I would know which ones were hanging on my ribs or which one would kick at night or when Robert would start talking which one would continuously flip.”

She also began to allow herself to feel hopeful for her family.

But at week 21, tragedy struck.

Heather had been on bed rest and was preparing to go from their home in Arkansas to a specialty hospital in Arizona when something just didn’t feel quite right.

By the time she and her husband reached the hospital, she was in active labor dilated five centimeters.

“There was really no stopping at that point,” said Heather. “Within hours the dream was gone.”

Heather delivered all of the sextuplets. She and Robert were able to spend some precious time with their children.

“I was hoping for a miracle and in a way I got one,” said Heather. “I was able to know that they heard me tell them that I loved them… and I was able to sing to them. Those are the moments I would trade almost anything for to do again. It means more to me than anything.”

Soon after, their children passed away due to complications of premature birth.

For Heather, life would never be the same.  She said it took her years to truly mourn and grieve the loss of six children.

"I grieved each of them individually," said Heather.

It wasn’t until nearly a decade later she felt peace through what could be deemed a grief ritual. With the help of local photographer and videographer, Melanie Paterak, she filmed a tribute to her six children in which she placed books, baby clothes and their footprints into a special trunk.

The video also shows how far Heather and her family have grown since losing the sextuplets.

Five years after the loss, Heather and Robert decided they wanted to try and grow their family. Through gestational surrogacy and adoption, they now have two beautiful daughters, Sosiella and Katriel.

Heather has loved being a mother and raising her two daughters. But she always felt a guilt that came in synchronicity with happiness.

“I think I had put on this smile and was really joyful in the moments with my daughters but I would feel guilty about it,” said Heather. “I think other women go through that. We feel guilty because we go on with our lives. It’s like, ‘Oh you shouldn’t have been happy that Christmas or that day. You should’ve been thinking of them.’ It’s such a guilt we carry as moms.”

Heather is now sharing her story in hopes of helping other women, or anyone, struggling with loss and grief.

“I feel like we just have to hold on and know who we truly are inside and hold onto that self-worth,” said Heather.

For those dealing with pregnancy loss, the Office on Women's Health has resources, including a hotline, for those wanting help.