The history of the Cleveland Indians name, pushes for change, and support for new options with Mark Naymik: 3 Things to Know with Stephanie Haney

Mark pulls no punches when it comes to the myth about the origin of Cleveland's baseball team name, repeated pushes for change and which new options have CLE support 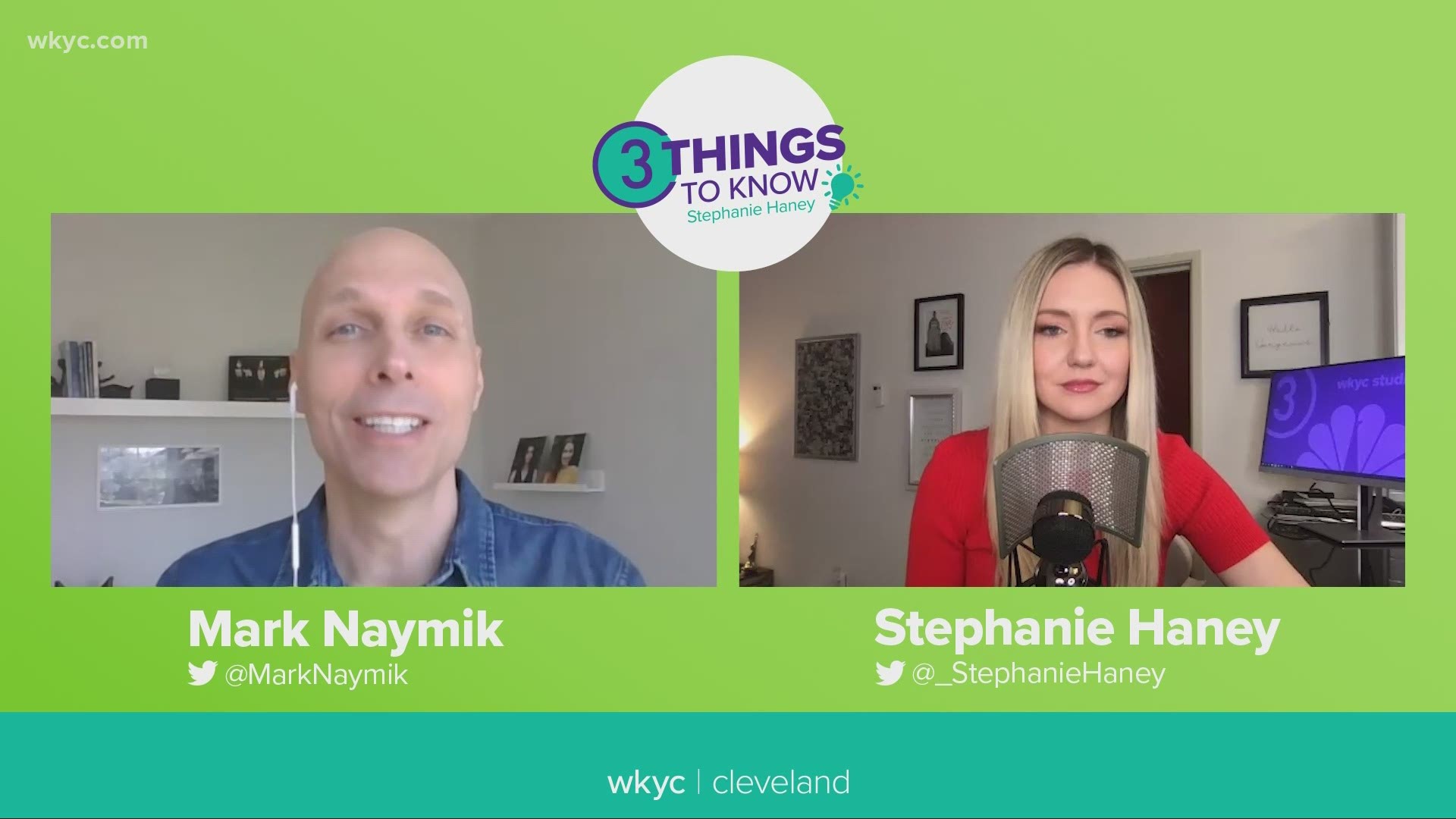 CLEVELAND — With baseball back and Cleveland's home opener on Monday, the Tribe’s team name is top of mind, but getting rid of it is not exactly a new idea.

On this week's 3 Things to Know with Stephanie Haney podcast, 3News investigator Mark Naymik pulls no punches when it comes to the myth about the origin of the Cleveland Indians baseball team name, repeated pushes for change, and which new options have the most support in the CLE.

Plus, I dare to ask the question of whether the Land is really a baseball town, explain why the District Ticket is the stadium secret you Need to Know in NEO, and share the reason the Tribe's team Twitter account is such A Good Follow. Hint: It involves Nicolas Cage.

Listen here on Spotify, or scroll down for the video version and for links to listen on your favorite podcast platform

In this week's podcast, Mark expertly explains the long-running history of calls for change when it comes to the Tribe's mascot.

"Native Americans and other activists have been calling for a name change for 30-plus years and activists and others have pushed each time the Indians was sold," Mark tells me.

Mark explains that developer Richard Jacobs, who was known as Dick, bought the team in the late 1980s, but wouldn't even discuss a possible name change, despite calls for it.

"He was more of a traditionalist, he didn’t want to hear it," Mark says. Calls for change came up again when Progressive Field was built in 1994, but nothing happened.

"Then there was a push again when the Dolans bought the team, Larry Dolan and his family, in 2000," Marks says.

The Dolans continue to own the team, and have only just recently agreed to change the name to something else, but haven't committed to a timeline.

With the stadium lease up in 2023, and the team now saying the name change could be delayed until then, the question then becomes whether the Dolans are considering selling or moving the team.

"I’m gonna use Paul’s words," Mark says, noting his very deliberate statement. "He says the most important part of the name is Cleveland, and that to me suggests you don’t set your sights on it."

To hear Mark and I talk more about the history of the name in general, and which new options have the most support around town, find the 3 Things to Know with Stephanie Haney podcast on your favorite podcast platform, at these links:

RELATED: 'I thought I was just gonna be a fan': Browns' coach Callie Brownson defies odds in NFL after being banned from high school football for being a girl

RELATED: What dating is like during a pandemic: 3 Things to Know with Stephanie Haney