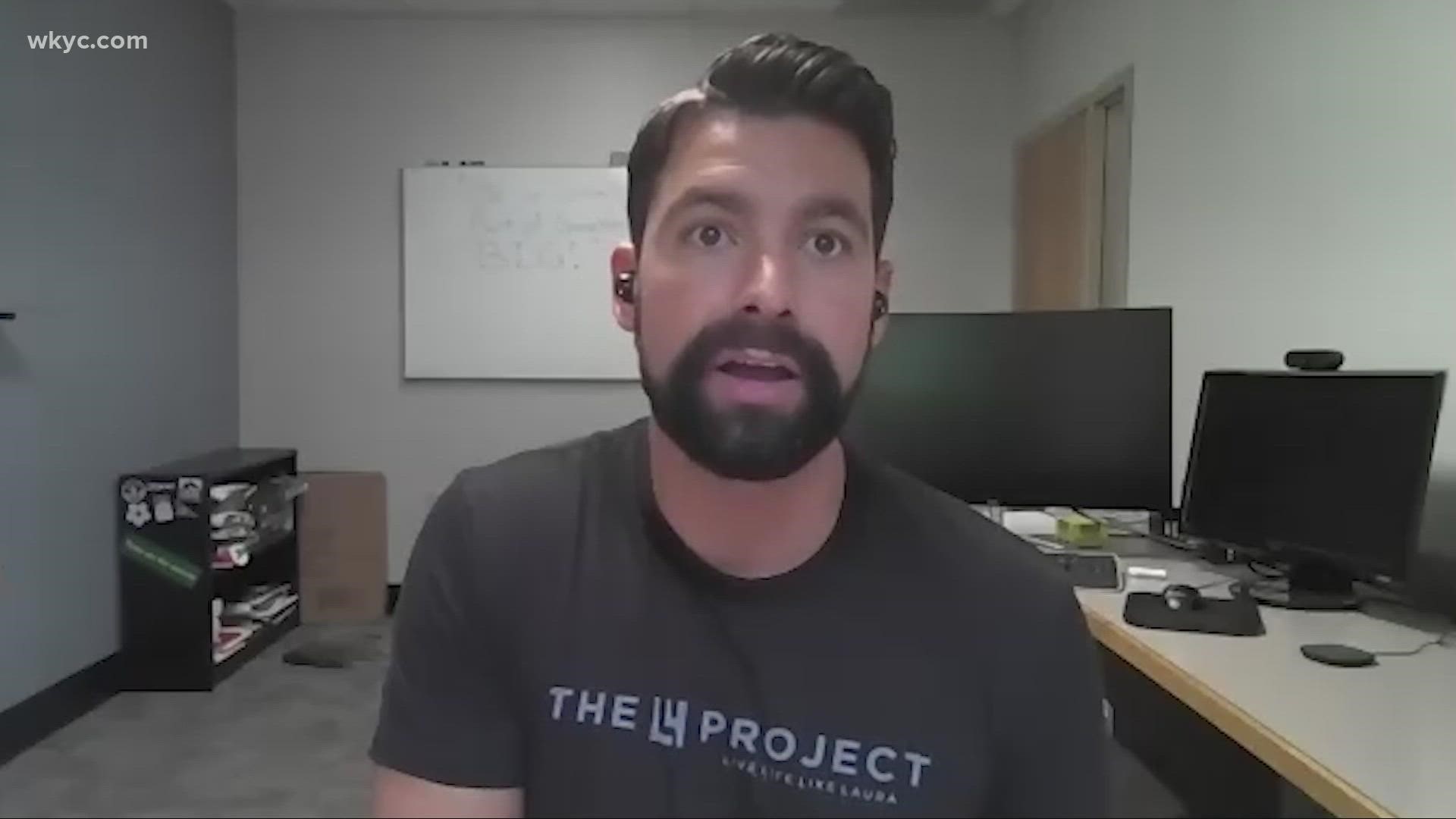 CLEVELAND — If Bachelor Nation gets its way and Akron native Michael Allio becomes the next 'Bachelor,' The Bachelorette alum Blake Horstmann has a few concerns for him.

Speaking on the 3 Things to Know with Stephanie Haney podcast on Wednesday, Blake (The Bachelorette season 14, Bachelor in Paradise) said that 'it's not easy to stay a fan fave' after becoming the lead in the reality dating franchise, while confirming that he thinks Michael will be cast in that role.

"Everyone is really excited to be the Bachelor but usually when the Bachelor leaves, people don’t really like him. That’s kind of been the theme throughout, even the Bachelorette sometimes. It’s really hard to stay a fan fave, if you will, when you’re the Bachelor," Blake told Stephanie, during the 25-minute podcast conversation.

"He seems like such a sweet and genuine guy. I don’t know him personally but he comes off that way. He seems like he’s got a good head on your shoulders, a fantastic father," Blake adds, before sharing his warning.

"Sometimes those producers can mold him into what they want and that can be very dangerous."

Blake, who will be in Cleveland on Friday night to DJ at Barley House, is speaking from experience. Sort of. He was never 'The Bachelor,' but he was the runner-up for Becca Kufrin's love in 2018, and then had a tough time on the popular spin-off 'Bachelor in Paradise' in 2019, where he says producers tried very hard to 'make him out to be a villain.'

Listen to Blake Horstmann on the 3 Things to Know podcast on Spotify, or   scroll down for the video podcast plus links to listen on your favorite podcast platform

"The most frustrating part about that whole situation is, on the beach there was nothing I really did wrong," Blake said, referring to his connections with future castmates Caelynn Miller-Keyes and Kristina Schulman, which happened before landing in 'Paradise.'

"I think that’s where my frustration comes with a show and the way my narrative was, because they wanted to make me a villain so bad that they had to bring things from the real world in, and edit it to be much worse than it actually was. They had to make me seem so horrible because when I was on the beach I didn’t really play into their narrative."

Later in the conversation, Blake calls himself the 'Good Luck Chuck' of Bachelor Nation, since so many of his friends from the franchise are in relationships, while he's still single.

Listen to the full chat with Blake on the 3 Things to Know with Stephanie Haney podcast on your favorite podcast platform, at these links:

If you enjoy the show, remember to subscribe on your favorite podcast platform, leave a rating and review, and share it with your friends to help us connect with more people in Northeast Ohio.'

RELATED: The Bachelorette's Michael Allio reveals he told Katie Thurston he won't move out of Ohio

RELATED: The Bachelorette Kate Thurston turns down Akron Michael Allio for a second chance, after he sends himself home to be with his son James