Amazon will not build a headquarters in New York City after all, and most of those jobs will likely be spread throughout the country. 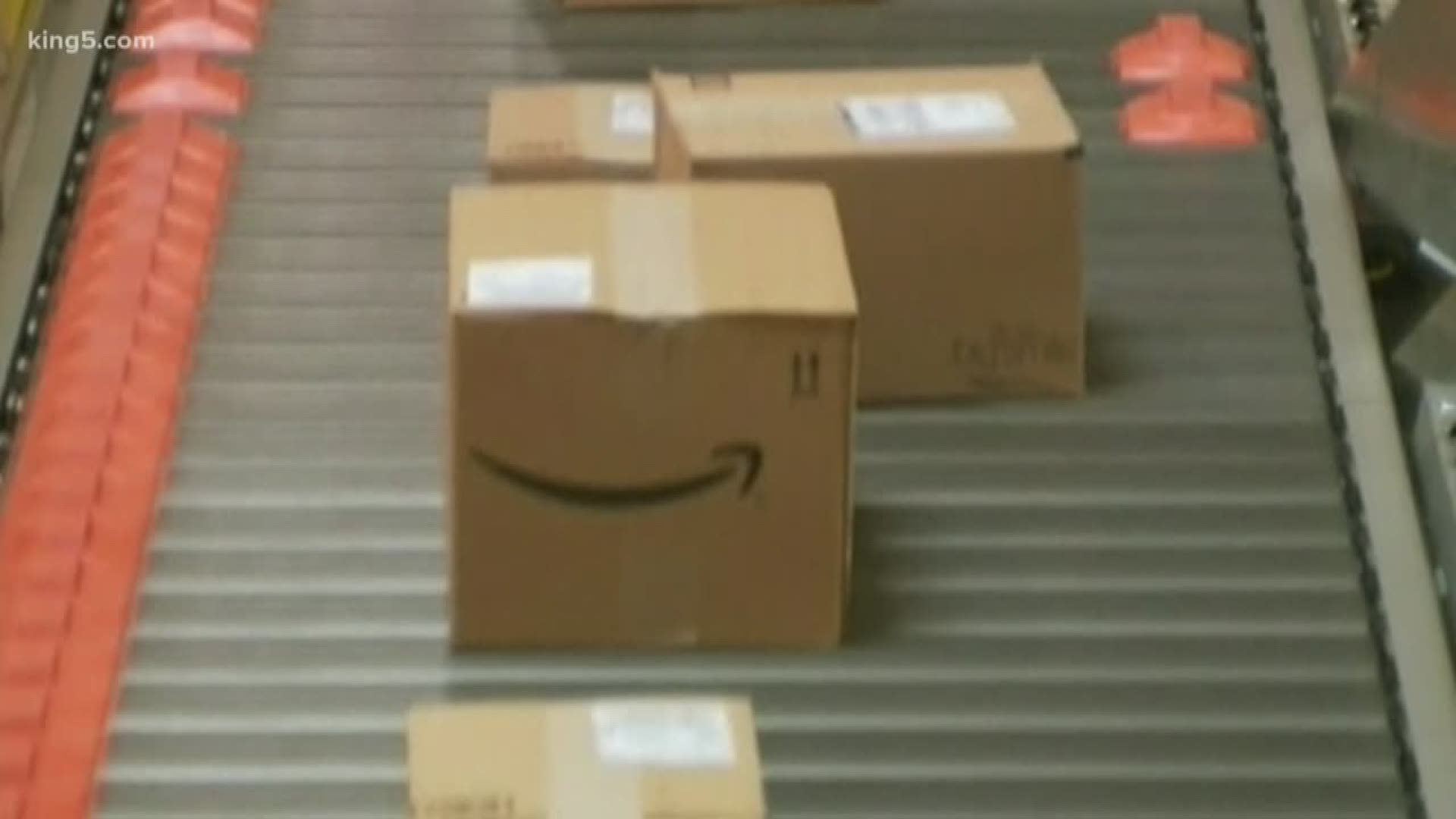 Don't expect Amazon's decision to back out of its New York City expansion to result in additional growth in Seattle.

The Seattle Times reports most of the 25,000 jobs that would come with the Long Island City, Queens headquarters will be dispersed across the country. They will be primarily spread throughout 15 cities that don't include Seattle, according to the Times.

Additionally, Amazon has no immediate plans to keep growing in Seattle once its current offices open, the Times reported.

The company is on pace to surpass 13 million square feet of office space over the next several years.

The company reportedly occupies about 12 million square feet of office space, with an additional 2 million to come. That 2 million will also be its last.

On Thursday, Amazon announced it won't move forward with its plans to build a headquarters in Long Island City.

A statement from the company says the decision comes "after much thought and deliberation."

The company says it "doesn't intend" to reopen the search for another city to locate its split headquarters. As of Thursday morning, the company was still planning to build a campus in Arlington, Virginia.

In its statement, the company says that 70 percent of New Yorkers support Amazon's plans. However, a "number of state and local politicians have made it clear that they oppose our presence and will not work with us to build the type of relationships that are required to go forward with the project we and many others envisioned..."

Reports came out last week that the online retailer was reconsidering its decision to open a campus in New York City following substantial backlash from politicians and community organizers.

The full statement from Amazon reads as follows:

"After much thought and deliberation, we’ve decided not to move forward with our plans to build a headquarters for Amazon in Long Island City, Queens. For Amazon, the commitment to build a new headquarters requires positive, collaborative relationships with state and local elected officials who will be supportive over the long-term. While polls show that 70% of New Yorkers support our plans and investment, a number of state and local politicians have made it clear that they oppose our presence and will not work with us to build the type of relationships that are required to go forward with the project we and many others envisioned in Long Island City.

We are disappointed to have reached this conclusion—we love New York, its incomparable dynamism, people, and culture—and particularly the community of Long Island City, where we have gotten to know so many optimistic, forward-leaning community leaders, small business owners, and residents. There are currently over 5,000 Amazon employees in Brooklyn, Manhattan, and Staten Island, and we plan to continue growing these teams.

We are deeply grateful to Governor Cuomo, Mayor de Blasio, and their staffs, who so enthusiastically and graciously invited us to build in New York City and supported us during the process. Governor Cuomo and Mayor de Blasio have worked tirelessly on behalf of New Yorkers to encourage local investment and job creation, and we can’t speak positively enough about all their efforts. The steadfast commitment and dedication that these leaders have demonstrated to the communities they represent inspired us from the very beginning and is one of the big reasons our decision was so difficult.

We do not intend to reopen the HQ2 search at this time. We will proceed as planned in Northern Virginia and Nashville, and we will continue to hire and grow across our 17 corporate offices and tech hubs in the U.S. and Canada.

Thank you again to Governor Cuomo, Mayor de Blasio, and the many other community leaders and residents who welcomed our plans and supported us along the way. We hope to have future chances to collaborate as we continue to build our presence in New York over time."

"In fact, they funded the opposition," Mosqueda said during a briefing hosted by Local Progress. "And what we saw was not just an attack on policy, but on the very existence on public policy making and the role we have to play."

An Amazon spokesperson sent KING 5 the following statement after the councilmembers' visit:

“Amazon is engaging in a long-term listening and engagement process to better understand the community’s needs. We’re committed to being a great neighbor – and ensuring our new headquarters is a win for all New Yorkers. Amazon makes substantial positive contributions to the economy, the communities where we operate, and to the lives and careers of our employees. We have created more than 250,000 full-time, full benefit jobs across the U.S. that now have a minimum $15 an hour pay and we have invested more than $160 billion in the U.S. economy since 2011.”

Critics lament Seattle's metamorphosis from a modest blue-collar region fueled by timber, fishing and factory jobs, to the city's status as a tech hub that was cemented by Amazon and then drew Facebook and Google to set up key outposts here.

Seattle's new concentration of highly-educated, well-paid techies infused in a post-Great Recession era has contributed to a vicious housing market. As a majority of them are young and single renters, Gardner said average city rents have increased by more than 70 percent since 2010, to nearly $2,000 a month. Meanwhile, the average cost of a single-family house has increased by nearly 90 percent to an average price of $844,000.

The tension around Amazon's growth hit a peak this year as the city struggled to address its homelessness crisis. Amazon successfully fought a proposed city tax that would have helped fund more services. Local officials quickly bowed down to the city's top employer after Amazon threatened to pull development projects. The bitter battle further bruised CEO and founder Jeff Bezos' "corporate citizen" reputation and also overshadowed the growing, though relatively small portfolio of philanthropy Amazon has done in the city for homelessness.

In November, Amazon announced it would split its second headquarters between Arlington, Virginia and Queens in New York City. The company also released what incentives it would be receiving from each. That includes performance-based direct incentives of $573 million based on creating 25,000 jobs in Arlington; and performance-based direct incentives of $1.5 billion based on creating 25,000 jobs in Long Island City.