There's a global microchip shortage, and auto dealers are feeling the pinch

Software that serves as the brains of the vehicles isn't available, and business is now being affected. 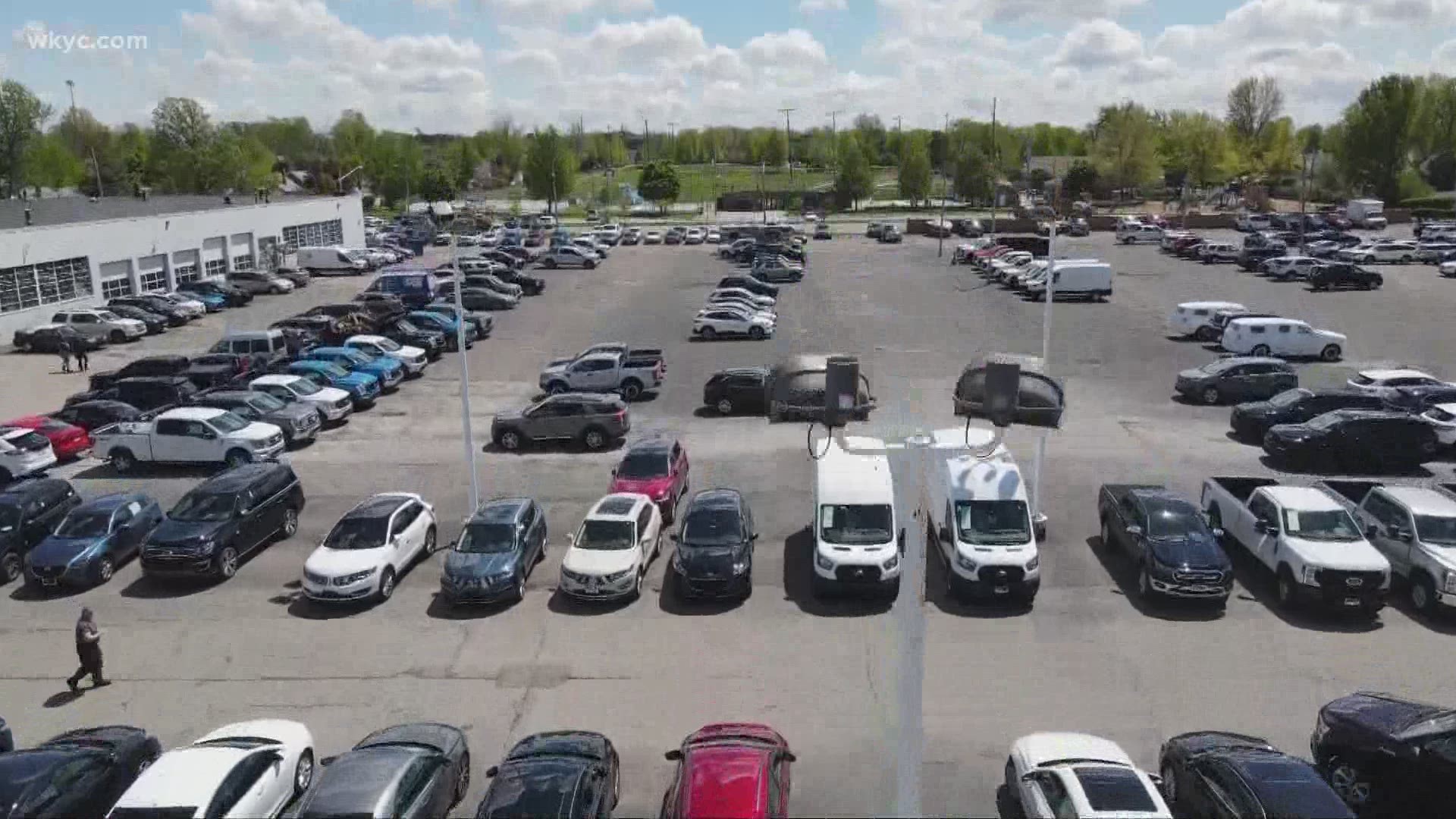 MAYFIELD, Ohio — Perhaps you've heard about the global computer chip shortage. It's affecting a lot of products, including cars, and local dealers are feeling it.

[It's] hampered our getting vehicles from the manufacturer," Greg Bumbu, executive vice president at Nick Mayer Auto Group, told 3News. "We still have vehicles on the lot for sale, it's just our normal flow of vehicles is a lot less.

The Nick Mayer lot in Mayfield is typically full, but now? Not even close.

Auto dealers around the country are in the same boat as computer chips that serve as the brains of the vehicles aren't available. Ford, in particular, is stockpiling brand new pickup trucks at Kentucky Motor Speedway and other locations until the software once again becomes available.

If you're in the marker for a new car, that means you should start your search early.

"If you want a vehicle in the fall or late summer, you're going to have to start thinking about it now so we can get it on order," Bumbu admitted. "People are special ordering vehicles so they can have them when they want them."

The shortage has also had a domino effect on the used car inventory, sending prices upward.

"And there's a premium on used cars because people are looking for certain used cars, as well," Bumbu added.

While some experts say the global chip shortage could last for years, the hope is that local vehicle inventory can catch up with demand much sooner.

"We're looking at 16 weeks, really, to get it back to completely normal," Bumbu estimated. "That's the forecast we've heard. I don't think there's a true, exact timing number we can rely on right now."

Tech giants such as Apple, Microsoft, Google, and Intel are also taking notice of the shortages, forming a lobbying group to seek subsidies for chip manufacturing in the U.S. However, even that's not an immediate fix.