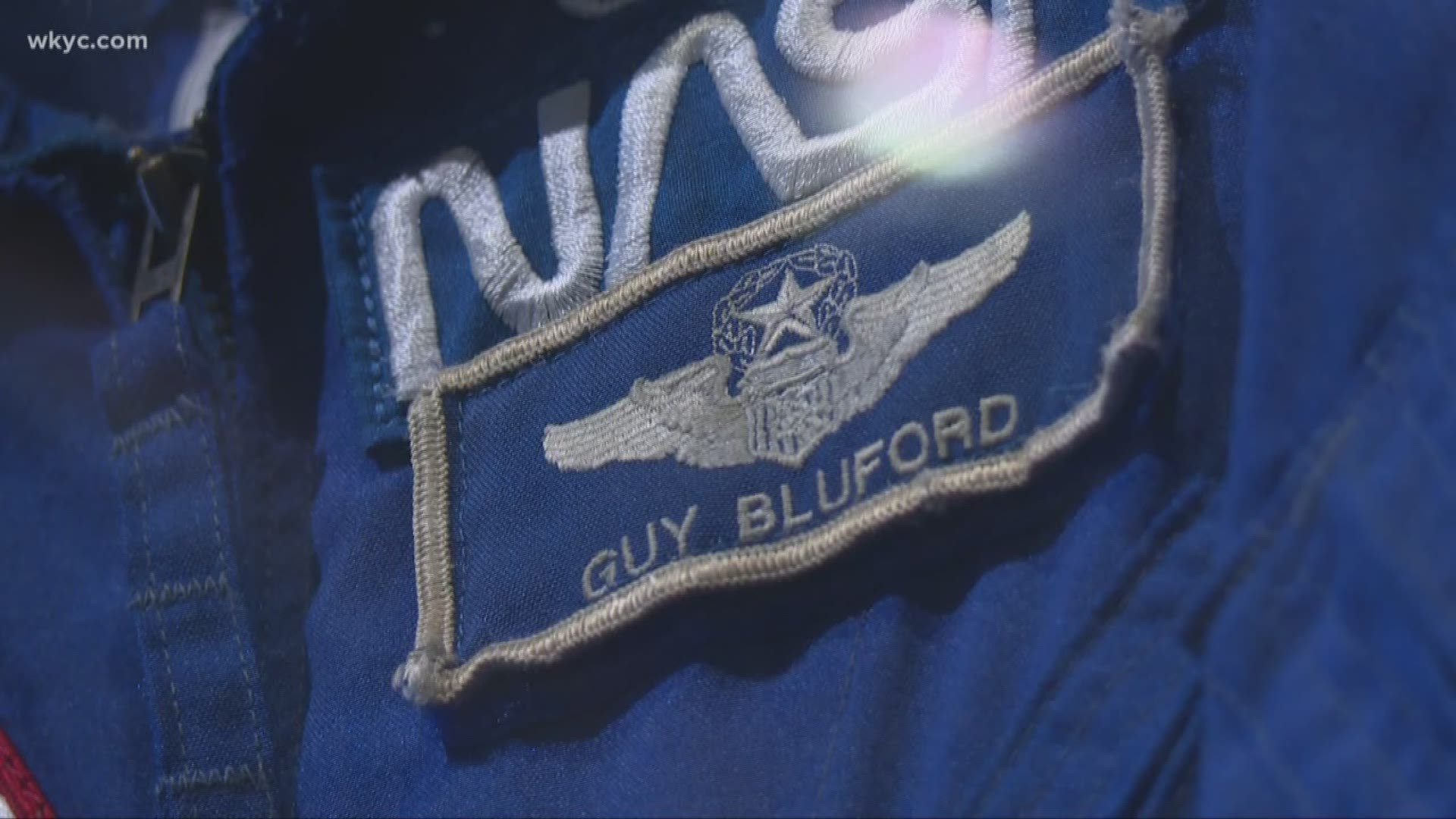 CLEVELAND — Guion Bluford looked deeply into the eyes of a man in a photograph who seemed to be looking back at him.

At the NASA Visitors area of the Great Lakes Science Center in Cleveland, the photograph was of an astronaut floating inside Space Shuttle as the craft flew in the darkness of space. Bluford knew the astronaut in the photograph because he and the man in the picture were the same.

He is retired now from having flown into space four times. He was the first African-American to venture into space.

On the 50th anniversary of the successful Apollo 11 mission to put men on the surface of the moon and return them safely to Earth, Bluford was reflective on the spacemen who went before him. 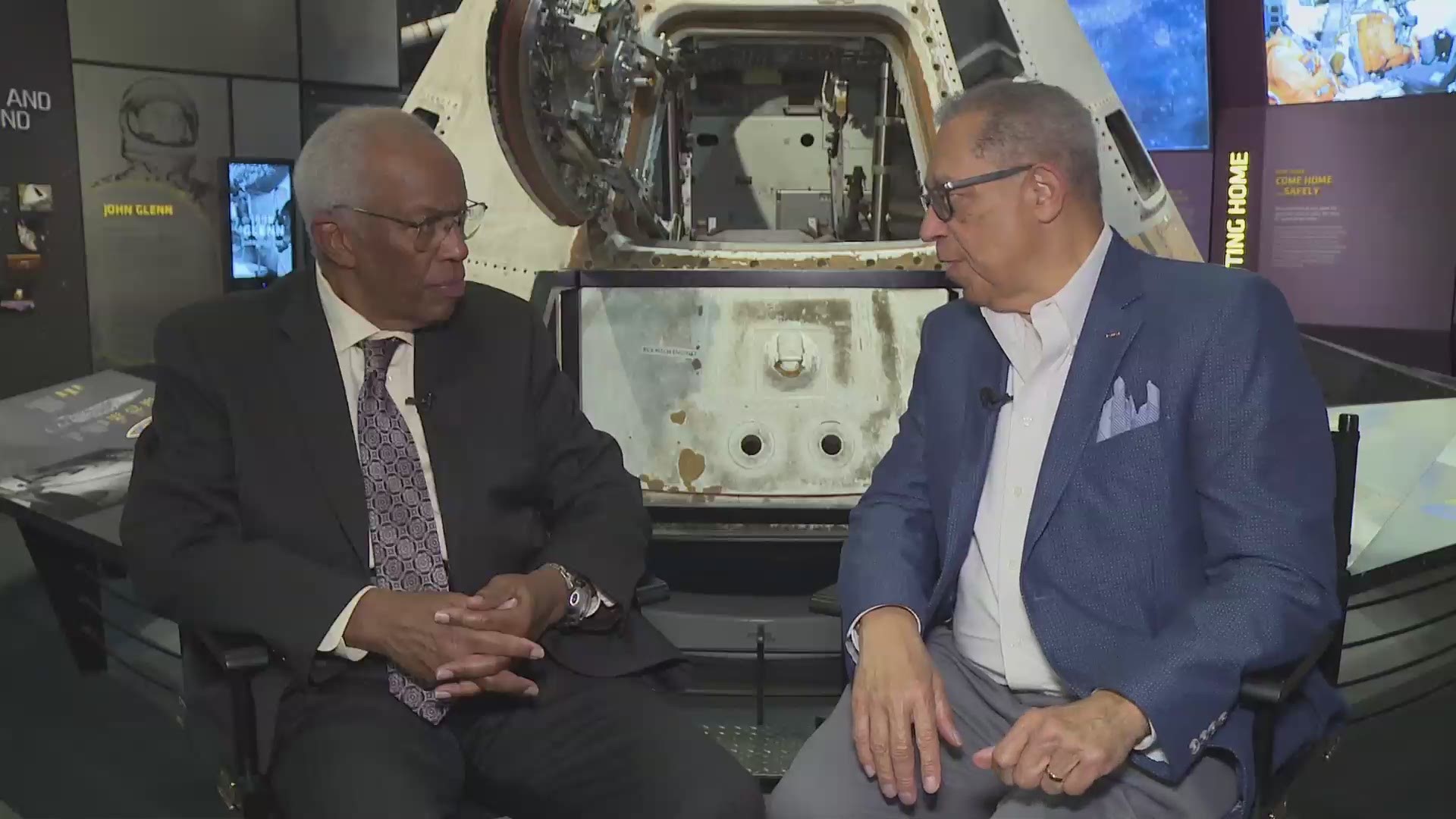 "I met Neil Armstrong," said Bluford, thinking back to the days he talked with the first man to walk the surface of the moon, 240,000 miles away. "I still remember the excitement associated with his flying in space and I realize how fortunate I was to have been able to follow his example and eventually do the same."

Bluford, 77, speaks easily about the NASA astronauts who have ventured in space beginning with the earliest pioneers who rocketed off launchpads beginning in 1962. They helped inspire him to the highest heights.

RELATED: From the archive: How WKYC captured Cleveland's reaction to the Apollo 11 moon landing in 1969

Bluford grew up in Philadelphia and always had an eye for the sky. He joined the U.S. Air Force and became a jet fighter pilot, seeing combat action in Vietnam. He then studied to become an aerospace engineer and holds a doctorate degree in that area.

In 1979, he was chosen to become a NASA astronaut. His first mission was in 1983 when he launched from the Kennedy Space Center in Florida. Bluford would go to space on three more occasions, logging a total of almost 700 hours in space.

At the NASA Visitor Center at the Great Lakes Science Center, he walked among some of the space vehicle hardware and photographs on display. He is a well-known figure at the Center.

"Guy Bluford is probably the best example in Cleveland of an unsung local hero," said Kirsten Ellenbogen, president of the Center. "Every time he's here, you know what he does? He talks to the children."

With a group of children around him, Bluford talked about the 1969 Apollo 11 moon mission, where Armstrong and Ed "Buzz" Aldrin walked on the moon's surface while Michael Collins remained in the moon-orbiting capsule which would later bring the three spacemen back to Earth.

The eyes of the children widened to hear the stories, but their eyes widened even more when the kids learned the man to whom they talked was a spaceman himself.

Bluford has received many awards for his ventures into space as a specialist aboard the space shuttles. As for being the first African-American into space, he hopes his successes can inspire others to follow the pathways he blazed.

"I recognize the importance of that," he said. "I hope that I set an example to encourage other people to consider careers as an astronaut and as an engineer."

RELATED: 'You'd really like it.' Astronaut Neil Armstrong on what it was like to walk on the moon