How Neil Armstrong was recruited to work in Cleveland: Moon landing 50 years later

'I was actually amazed to confront somebody like this. This was just what we needed!' 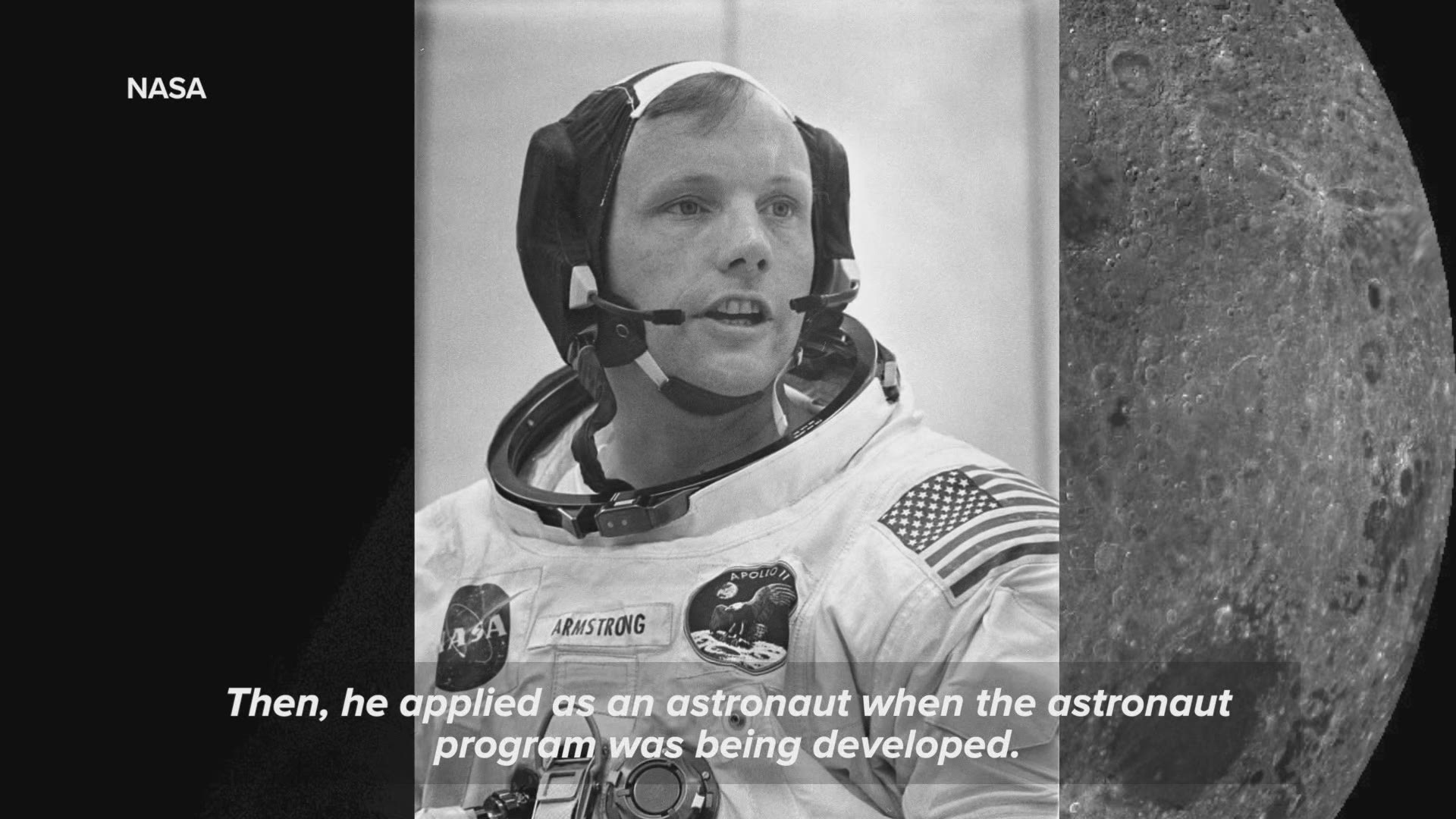 CLEVELAND — Neil Armstrong’s first position in the National Advisory Committee for Aeronautics, or NACA, (the agency that would become NASA) was in Cleveland as a test pilot.

Dr. Robert Graham was the person who recruited him for the job, and shared the story about the encounter in 2008.

After completing his doctorate, he worked at the lab full time.

Because of his relationship with Purdue University, he would be sent there to recruit recent graduates to work at Lewis Field from 1953 to 1956. In 1955, NACA was looking for test pilots for the X-15, a rocket-powered aircraft.

That is when Dr. Graham met Armstrong.

“This young man came in and was very brief in his opening remarks, but just said that he always wanted to be an NACA test pilot,” recalled Graham. “I was amazed to find out this, what looked like a young kid in front of me, had had 1,500 hours of jet experience. He had been in the NAVY, he had been in the Korea (War). He was just graduating from Purdue University with a degree in aeronautical engineering. So, I was actually amazed to confront somebody like this. This was just what we needed!”

Armstrong came to Lewis Field and continued to be a test pilot for NASA when the agency was created in 1959. Armstrong would transfer into NASA’s astronaut program in 1962.

Dr. Graham has since passed away.