Kranz says he developed his love for aviation while attending Central Catholic. 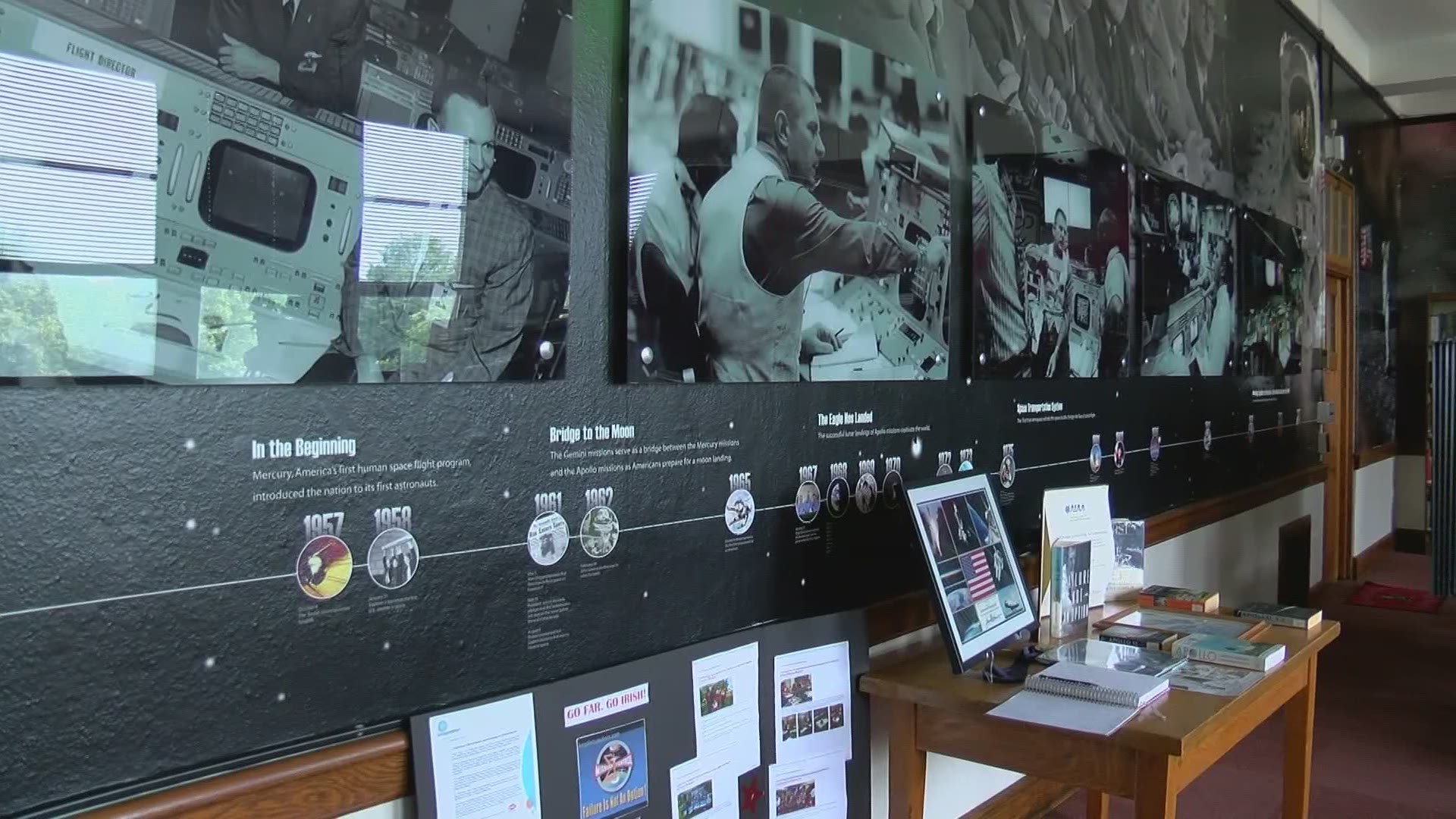 TOLEDO, Ohio — On Saturday, our nation marks a tremendous milestone: 50 years since we first set foot on the moon. You may not know, but Toledo has a huge connection to the Apollo 11 Mission.

Behind the walls of Central Catholic High School lies something pretty special. There's a gift from 1951 graduate Gene Kranz, who happened to be the flight director for a number of Apollo missions, including Apollo 11 and 13.

"He, on behalf of everything that Central Catholic did for him, gave the school a piece of the moon. As well as part of his original director station and many other gifts and mementos you just can't find anywhere else," said Kevin Parkins, head of Central Catholic High School.

The Moon Room was dedicated in 2007 when Kranz made the generous donation. Kranz says he developed his love for aviation while attending Central Catholic.

Credit: WTOL
Central Catholic alumnus Gene Kranz gave his school his NASA-bestowed Ambassador of Exploration Award in 2007. The award has a piece of the moon encased in lucite.

RELATED: Flight commander Gene Kranz - a graduate of Central Catholic - directed the mission that put man on the moon

RELATED: Apollo 11 Flight Director Gene Kranz directed men to the moon, but got his earthly start here in Toledo

RELATED: Apollo 11 at 50: Celebrating first steps on another world

"Some of these things are really personal artifacts that he didn't have to give to us, but he chose to because he wanted to inspire the next generation," says Parkins.

The moon rock from the Apollo 17 Mission is obviously the centerpiece, but also in the room lies a copy of Kranz's high school term paper titled, "The Design and Possibilities of the Interplanetary Rocket." He got a grade of 98%.

Credit: WTOL
Gene Kranz got a 98% on his paper, "The Design and Possibilities of the Interplanetary Rocket," that he wrote while at Central Catholic.

Kranz received the Ambassador of Exploration award as recognition for Apollo 11. The award is in the Moon Room and serves as proof the students who come after him at Central Catholic could achieve their dreams.

"He started with a program "NASA." No one had even knew what it was," Parkins said. "I tell people this all the time, he taught us that our kids can do anything and he's a great example of that."