Alaska Airlines made an agreement with the Boeing Company to receive a total of 68 of the new 737-9 MAX aircraft in the next four years. 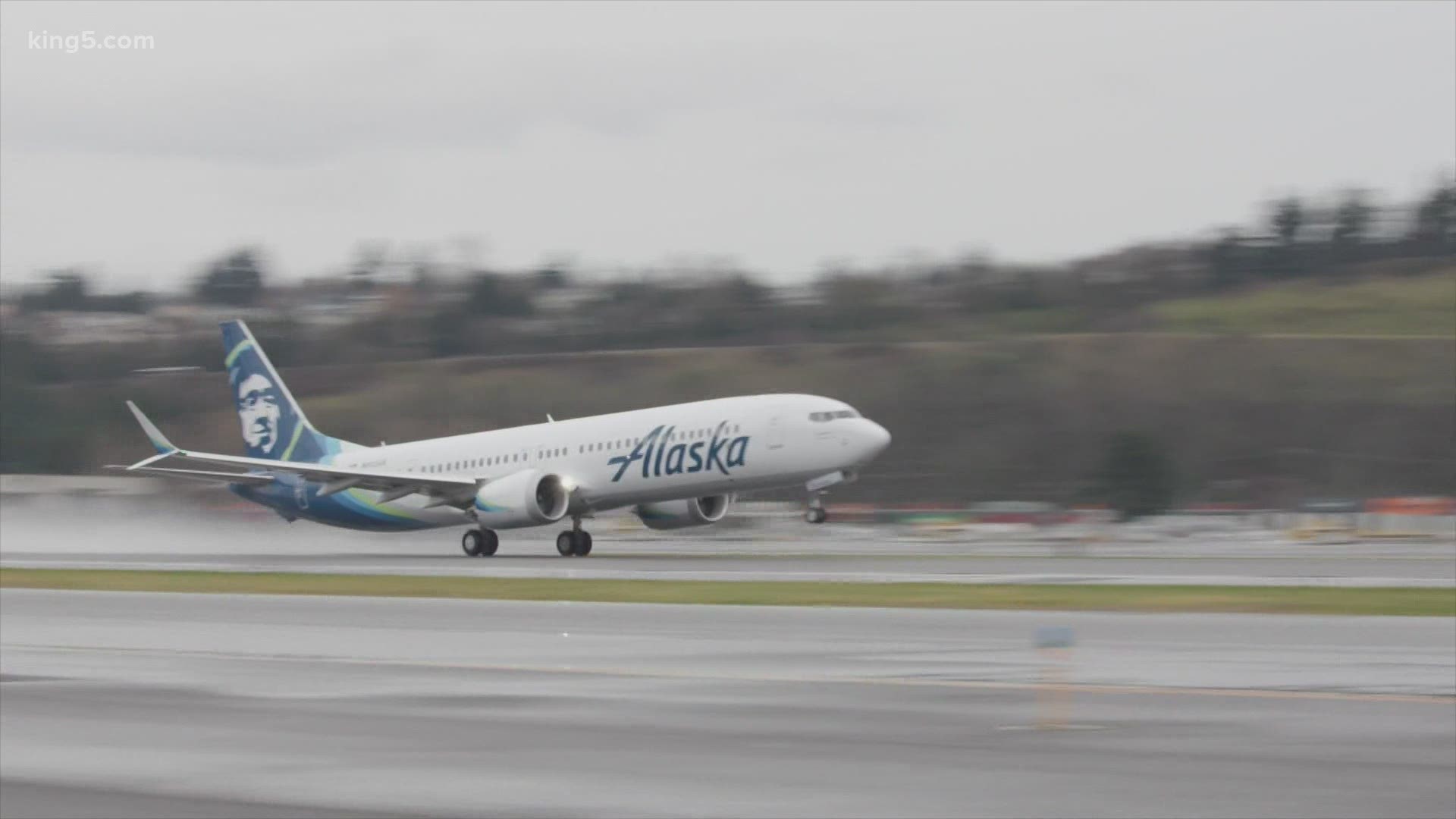 The new aircraft is expected to start passenger service on March 1 with daily roundtrip flights between Seattle and San Diego, and Seattle and Los Angeles, according to a statement from Alaska Airlines on Monday.

The airline's second 737-9 MAX is expected to start service later in March.

Alaska pilots flew the aircraft on a short flight Sunday from the Boeing Delivery Center at Boeing Field in Seattle to the airline's hangar at Sea-Tac International Airport.

"We've eagerly waited for this day. It was a proud moment to board our newest 737 aircraft and fly it home," said Alaska Airlines President Ben Minicucci in a statement. "This plane is a significant part of our future. We believe in it, we believe in Boeing and we believe in our employees who will spend the next five weeks in training to ensure we're ready to safely fly our guests."

The five weeks of training has multiple steps, including maintenance technicians becoming acquainted with the new aircraft and receiving at least 40 hours of "differences training," which distinguishes the variations between the new MAX and the airline's existing 737 NG fleet, according to the statement from Alaska.

Pilots will also put the 737-9 MAX through rigorous test flights, including flying it more than 50 flight hours and roughly 19,000 miles around the country. Pilots will also receive eight hours of MAX- specific, computer-based training prior to flying the aircraft over the course of two days, the statement said.

Investigators determined the cause of the crashes was a faulty computer system that pushed the plane's nose downward in flight and couldn't be overridden by pilots.

The 737 MAX returned to the skies in the United States last month, after the Federal Aviation Administration (FAA) approved changes that Boeing made to the automated flight control system.

The 737 MAX aircraft is expected to be approved to resume flights in Europe this week, following nearly two years of reviews.