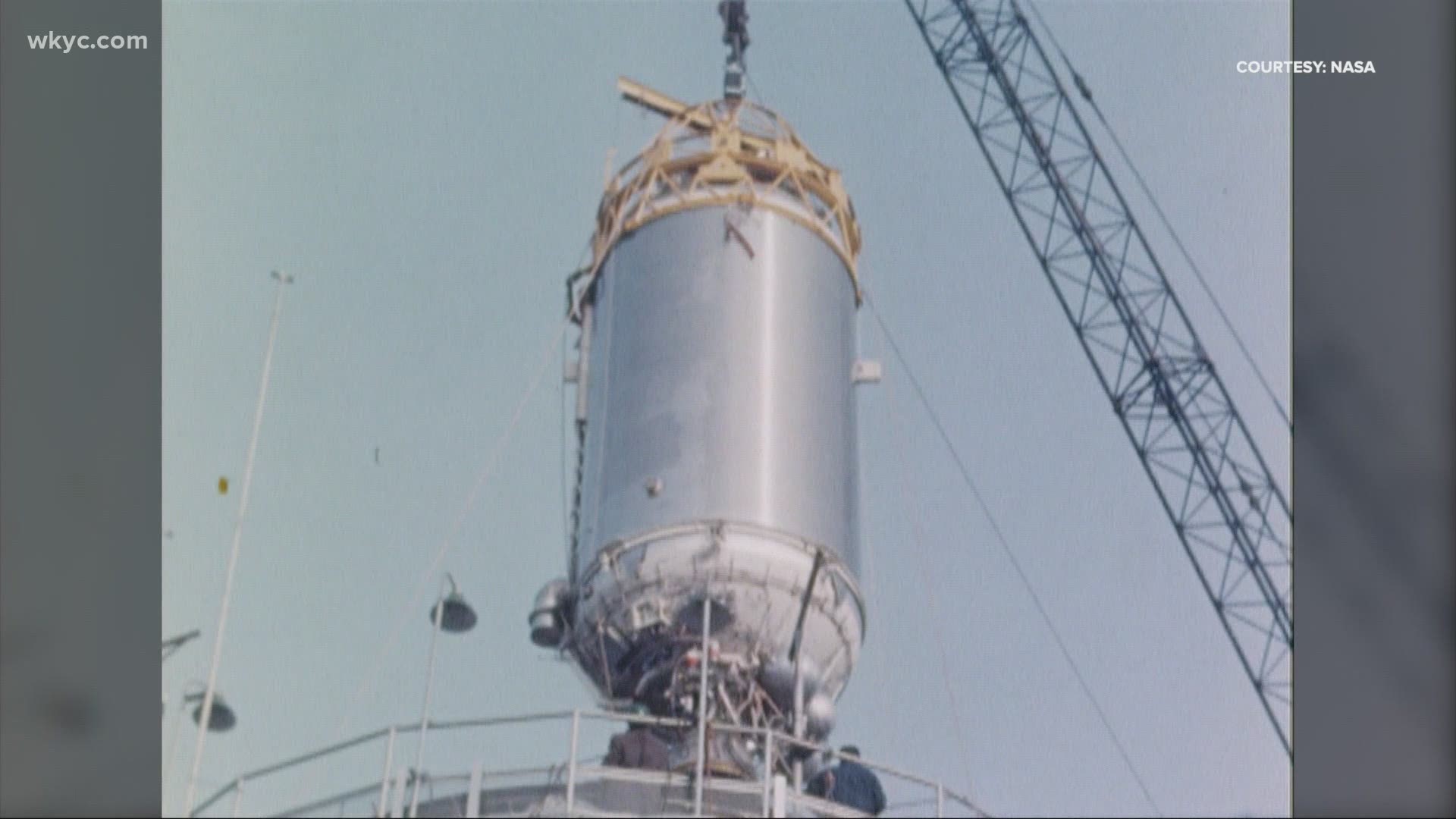 CLEVELAND — A mystery has been solved.

Astronomers discovered an object back in September floating in space. This week, the item, called 2020 SO, came close enough to the Earth for NASA to confirm that it was the upper stage of a rocket launched in 1966. And this rocket has a strong connection to Cleveland.

It is a Centaur upper stage rocket, used to launch items into Earth orbit, to the Moon, and even to Mars.

“I think it is really cool and pretty neat. Especially for me. I worked on Centaur early in my NASA career in the 1980s,” said Scott Graham the Space Flight Systems Directorate at NASA Glenn Research Center.

“There are many, many dozens of Centaur upper stages that are in various orbits around the Earth or around the sun,” stated Graham.

The one from 54 years ago is headed back around the sun and won’t meet up with the Earth until 2036.

Back in the 1960s, the first test flight of the Centaur exploded. That’s where NASA Lewis-- now NASA Glenn-- took over the program.

“At Glenn Research Center we are heavily involved with pioneering the use of liquid hydrogen as rocket fuel,” stated Graham.

The Centaur is cylinder-shaped, 10 feet in diameter, and 30 feet long.

“It's metal. Stainless steel so it is very shiny when the sun hits it just right it illuminates it and makes it is visible to telescopes and other observers here on Earth,” said Graham.

NASA Glenn would manage the Centaur program for 35 years and it became one of the longest-running programs in NASA history. The rocket continues to be used today to launch Mars probes and future lunar lander missions.

RELATED: China prepping for mission to bring back material from moon